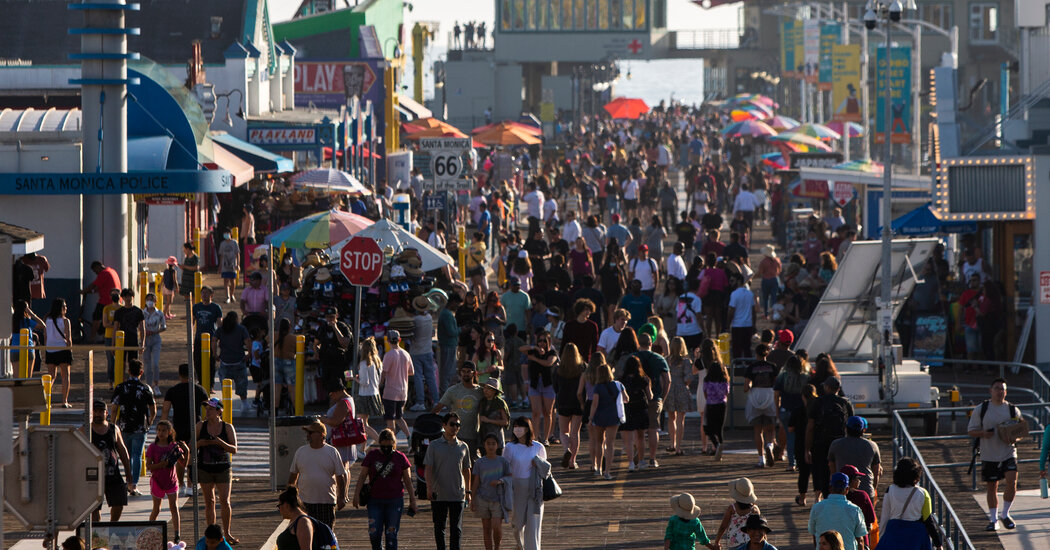 WASHINGTON — Two and a half years after the 2020 census stopped counting heads, the Census Bureau has yet to say how many children under age 5 live in Albuquerque, or how many women are in Sioux City. And it will remain that way for another year.

The bureau said this week that it would not be able to publish those statistics and many others until May 2023, and that much of the more granular data, combining answers to several questions, must wait until at least August 2023. The cause, it said, is a series of delays that began with the emergence of Covid-19 and continues with tortuous efforts to keep information on individual respondents private, as federal law requires.

It is the longest delay of census data in memory — as much as two years past a normal release date — and it is causing consternation among some who rely on those numbers to plan for the future.

“It’s so delayed that people are not going to see it as having much use,” said Kurt R. Metzger, a demographic consultant and founder of Data Driven Detroit, a nonprofit data source for the region. “I’m not blaming the Census Bureau. I’m just really disappointed.”

Not everyone is quite so gloomy. “Would we like it to be quicker, more up to date, more responsive? Absolutely,” said Jonathan Weinhagen, the president of the Minneapolis Regional Chamber of Commerce, whose business members rely on census data. “But does it still have value? One hundred percent.”

What to Know About Redistricting

The Census Bureau met its constitutional duty to supply population data for reapportioning the House of Representatives in August 2021, about four months behind schedule. That release included statistics on race and ethnicity, the share of residents over age 18 and the number of people living in group quarters like dormitories and prisons.

Ordinarily, however, the bureau would gradually release data on the answers to other census questions once that job was finished. Still missing is a detailed breakdown of the nation by age and sex, as well as statistics on housing type, persons per residence (and whether they were family or outsiders like boarders) and whether that residence was owned, rented or rent-free.

The census also counted same-sex relationships, adopted children and members of an extended family living together.

None of that data has been made public. Nor has it been cross-tabulated to produce data on — for example — same-sex households with children, single-parent homeowners, the number and ages of people in Latino households, and so on. Much of that data will be further delayed, to August 2023 and beyond.

“We’re a fast-changing state, growing rapidly, and there’s a lot of things that need to be influenced quickly by strong data,” Tony Carvajal, the executive vice president of the nonprofit research organization Florida TaxWatch, said.

The Tallahassee nonprofit produces reports advising state officials on budget issues like public assistance, housing and education — where details like family size, sex and age are crucial to decisions like spending on schools.

“It may all wash out,” he said. “But when a thousand people a day are moving into Florida, you can’t miss the mark on resources for education tools or family planning.”

Much, though hardly all, of the delay is rooted in the pandemic, which hit in 2020 just as the Census Bureau was beginning its decennial head count. The nationwide shutdown prolonged the count by several months.

Early on, the bureau elected to process basic population data separately, rather than with housing data as is customary. The aim was to make those numbers available quickly for calculating the reallocation of seats in the House of Representatives and drawing new political boundaries in the states.

That worked, but at a cost. The agency also had elected to build new privacy safeguards into 2020 census data to prevent outsiders from reverse-engineering census statistics in ways that could identify specific households.

The solution, injecting digital “noise” into the data via computer algorithms, originally was to be applied to a combined file of population and housing data. But because those files had been processed separately, it became difficult — surpassingly so, in some cases — to combine data from the two into single files that are accurate, yet still protect privacy.

That effort, which involves lengthy consultations with groups of data users like businesses and governments, has stretched the timeline for releasing statistics well beyond original estimates. Bureau officials had said earlier that they hoped to make detailed housing data available this fall.

While officials now have scheduled data releases for May and August 2023, they have not said when the last of the statistics will be published.

Data users do have another source of numbers to rely on: the American Community Survey, a rolling annual survey by the bureau of millions of people that asks more questions than the census. And while it does not cover the entire population, it does track demographic trends like changes in age and race — and for the moment, said Mr. Weinhagen of the Minneapolis chamber, that should suffice.

Anyway, he said, why should the census be any different from the rest of American society?

“Everything is delayed,” he said. “The census is delayed. Supply chains are delayed. Good luck getting a couch.”