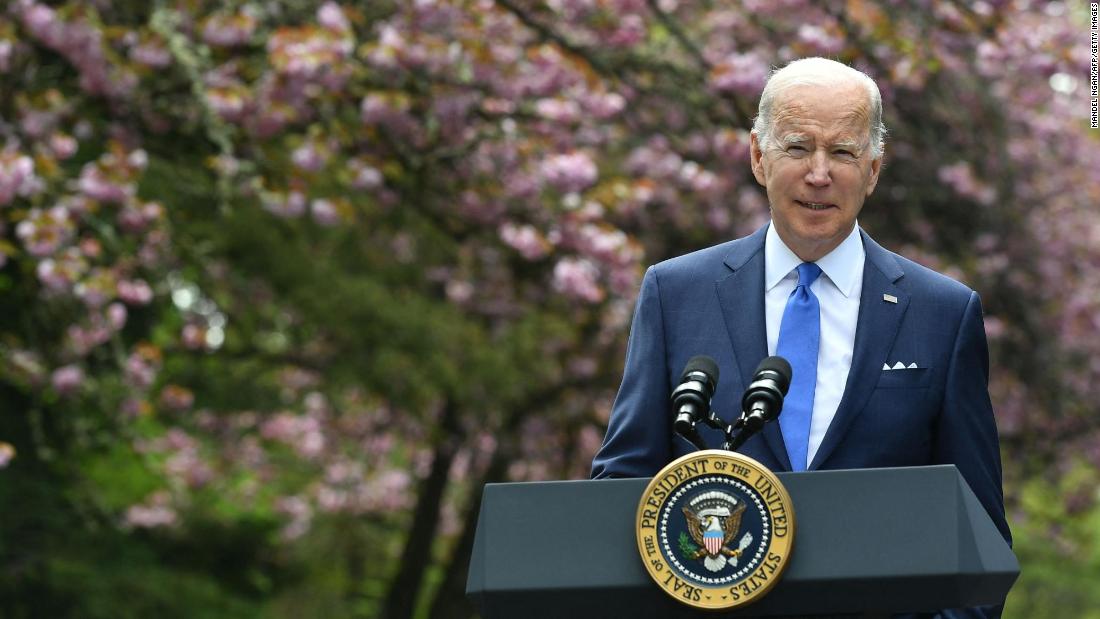 “I am considering dealing with some debt reduction. I am not considering $50,000 debt reduction,” Biden said at the White House after unveiling new funding for Ukraine. “But I’m in the process of taking a hard look at whether or not there are going — there will be additional debt forgiveness, and I’ll have an answer on that in the next couple of weeks.”

Biden has been under pressure to fulfill a campaign promise to deal with student loan debt. He signaled to lawmakers at a White House meeting this week he would take steps to address the problem.
Since taking office, Biden has taken several actions to provide student loan relief. He’s repeatedly extended a pause on federal student loan repayments, an action which was initially issued during the Trump administration to help borrowers struggling economically due to the pandemic. Most recently, the White House announced the pause would be extended through August 31.

During a meeting with members of the Congressional Hispanic Caucus on Monday, Biden appeared “positive” about the idea of forgiving at least $10,000 in Americans’ student loan debt but did not make a definite commitment on the matter, according to California Democratic Rep. Nanette Barragán.

Barragán told CNN on Tuesday that Biden and the Democrats had discussed the scope of such a plan — including whether it would include public and private institutions — but that the White House made no commitment nor specified a time frame for taking such a step. Her comments on the discussion came after reports that Biden strongly indicated during the meeting that he would take action on the issue through executive authority. But reporting that Biden had relayed a decision at the CHC meeting, Barragán said, “was news to me.”
Some key Democratic lawmakers, including Senate Majority Leader Chuck Schumer of New York and Sen. Elizabeth Warren of Massachusetts, have called on Biden to broadly cancel up to $50,000 of student loan debt per borrower.

The White House has long indicated that the President would support action by Congress to eliminate $10,000 in student loan debt forgiveness for borrowers, but Biden hasn’t made clear whether he would use executive powers to immediately provide that mass debt relief. But it’s unlikely Congress, where Democrats have a slim margin, has the votes to pass legislation broadly canceling debt.

“The first thing we did was reform the system that was in place that didn’t work for anybody that allowed people to write off debt if they engaged in public service,” he said.

CNN’s Maegan Vazquez and Manu Raju contributed to this report.