The U.S. Wants to Tackle Inflation. Here’s Why That Should Worry the Rest the World. 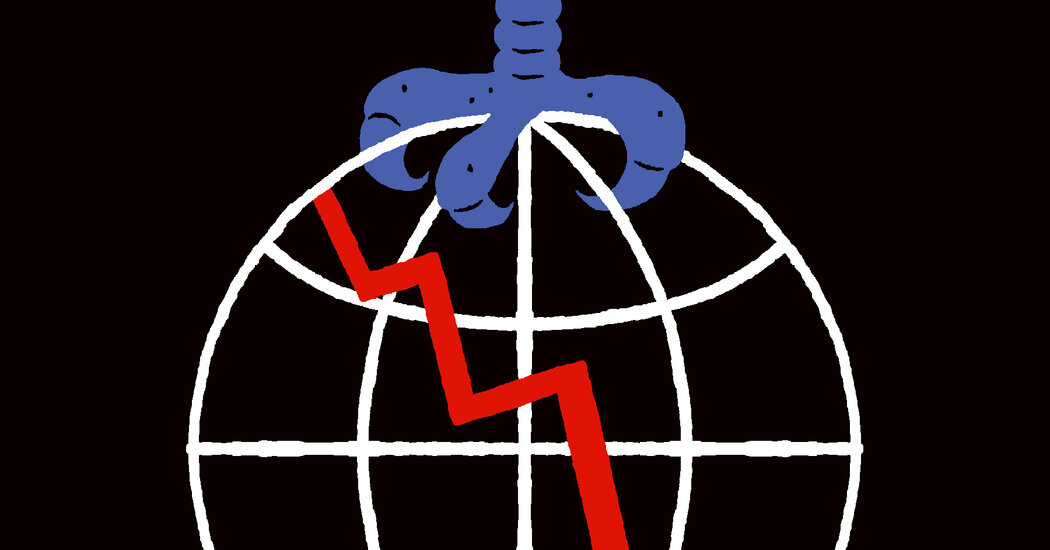 Conditions are now ripe for the Fed to precipitate another global crisis. Of particular concern are extremely high levels of emerging-market debt. The International Monetary Fund estimates that about 60 percent of low-income developing countries are experiencing debt distress or are close to it. Sri Lanka’s recent default may be the first domino to fall. Tighter monetary policy in the United States will push many other countries to raise their interests rates to prevent capital flight and currency instability. But this will contract their economies, threatening recovery from the pandemic and delivering another blow to their long-term growth.

These conditions should give pause to the inflation hawks calling on the Fed to act aggressively. Yet the institution has a mandate that is nationally bound: to promote price stability and maximum employment in the United States alone. What this means is that the Fed is a national institution that, in effect, sets monetary policy for the entire world.

This should add urgency to thinking about alternative measures for dealing with inflation. Interest rates are often treated as the only available tool, but the federal government has other ways to contain rising prices that are more targeted than the blunt tools of aggressive monetary tightening. For example, the government can also intervene in sectors prone to severe inflationary pressures, like health care and housing. In the longer term, investment in infrastructure could prevent the kind of bottlenecks wreaking havoc on the economy today.

But the truth is that a problem created by the Fed may have to be dealt with by someone else. If and when the Fed does slam the brakes on the economy, a robust international response will be needed. Traditionally, the International Monetary Fund has dealt with the fallout of global debt crises, but its reputation has been tarnished by its eagerness to enforce austerity and painful reforms on countries reeling from financial crisis — the last thing their economies need for sustained growth. The Group of 20, which handles questions of sovereign debt relief, has been hobbled by worsening conflict among its most powerful members.

If institutions of global economic governance are to cope with the risks posed by sharp rate hikes in the United States, they need to change how they mobilize and distribute resources and treat their most vulnerable member states. One start would be for the I.M.F. to expand its issuance of special drawing rights, which provide a financial lifeline to member states without strings attached — but which Congress has opposed out of fear that the money will go to strategic rivals. The I.M.F. should also reduce the punitive surcharges it demands of vulnerable debtors, which add an enormous burden to their already crushing debt loads. The United States, which has tremendous influence over the I.M.F., should help push for this — especially since it could be decisions made in Washington that make such reforms urgent right now.

There’s little question that inflation is real and painful today. But great care is needed to ensure that the United States’ response to it does not lead, as it has in the past, to yet another lost decade for much of the world.

Jamie Martin (@jamiemartin2) is a history professor at Georgetown University and the author of the forthcoming book “The Meddlers: Sovereignty, Empire and the Birth of Global Economic Governance.”

The Times is committed to publishing a diversity of letters to the editor. We’d like to hear what you think about this or any of our articles. Here are some tips. And here’s our email: letters@nytimes.com.