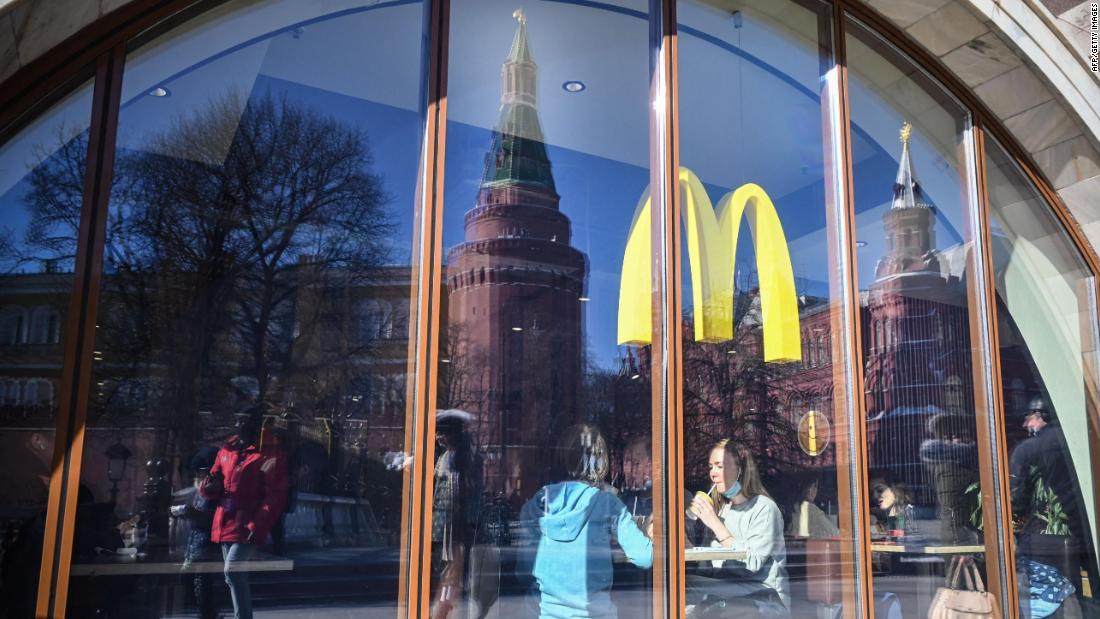 The company announced last month that it would temporarily close its restaurants in Russia because of the country’s invasion of Ukraine. It also closed restaurants in Ukraine. Those shutdowns cost McDonald’s $127 million last quarter.

McDonald’s said in March that it would continue to pay its 62,000 Russian employees, despite shuttering operations in the country. CEO Chris Kempczinski added during a Thursday call with analysts that McDonald’s is supporting Ukrainian employees too: “In both countries, we have continued to pay employees and provide additional support.”

Those staff costs, plus payments for leases and supplies, cost the company $27 million.

“Results included … $100 million of costs for inventory in the company’s supply chain that likely will be disposed of due to restaurants being temporarily closed,” the company said in a statement.

There were 847 McDonald’s restaurants in Russia at the close of last year, according to an investor document. Together with another 108 in Ukraine, they accounted for 9% of the company’s revenue in 2021.

The closures hit McDonald’s net income, which fell 28% in the three months ending on March 31.

Globally, sales at restaurants open at least 13 months jumped 11.8% in the quarter, driven by international locations. In the United States, sales popped 3.5%, thanks in part to higher prices. Last year, McDonald’s raised prices by about 6%.

The company’s marketing of core menu items and growth in its digital business, thanks in part to its rewards program, also contributed to the growth in US sales, McDonald’s said.