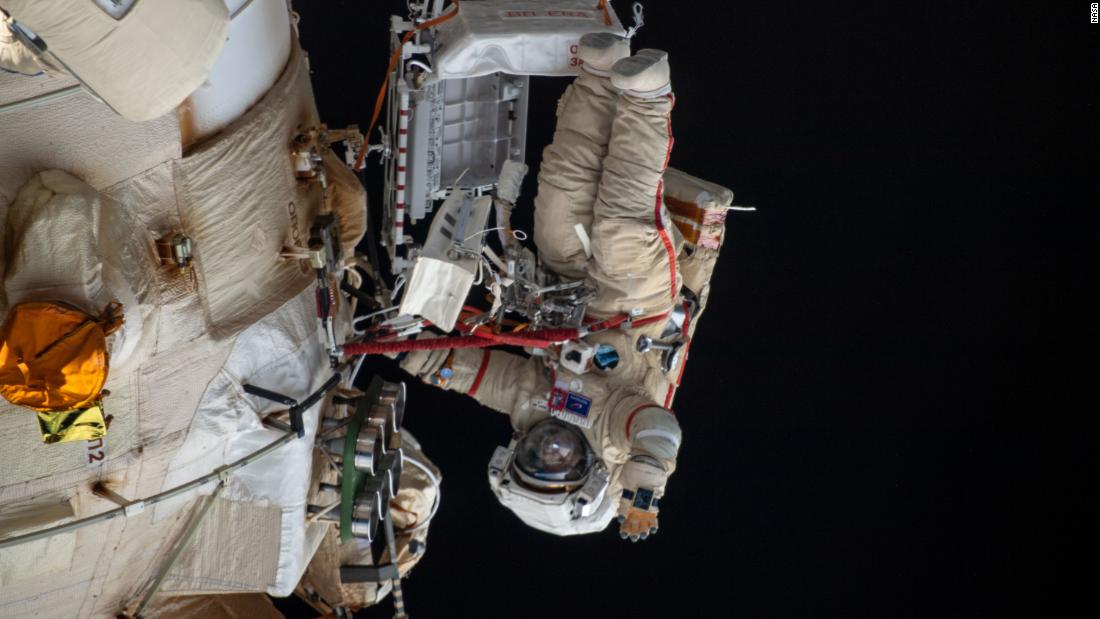 Sign up for CNN’s Wonder Theory science newsletter. Explore the universe with news on fascinating discoveries, scientific advancements and more.

Russian cosmonauts Oleg Artemyev and Denis Matveev will exit the space station around 10:30 a.m. ET to begin their spacewalk, which is expected to last for about six and a half hours.

Live coverage of the spacewalk will begin at 10 a.m. ET on NASA’s TV channel and website.

Artemyev will be identifiable in the Russian Orlan spacesuit bearing red stripes, while Matveev is wearing a spacesuit with blue stripes. This is the second spacewalk for Matveev and the fifth for veteran spacewalker Artemyev.

Artemyev and Matveev are conducting work on the robotic arm outside the Russian Nauka multipurpose module. Their work began during a spacewalk on April 18.

On this initial spacewalk, the duo installed and connected a control panel for the 37-foot-long (11.3-meter-long) robotic arm.

Matveev and Artemyev will also test the mechanism’s first motions. The cosmonauts will flex the robotic arm’s joints, release restraints and test its grappling ability.

This robotic arm will be used to assist spacewalkers and transport any items that need to be moved outside the space station’s Russian segment in the future.

It is the fifth spacewalk outside the space station this year and the 250th overall in support of assembling, maintaining and upgrading the orbiting laboratory.

These paired excursions are the first of upcoming spacewalks that will focus on preparing Nauka and the robotic arm for future use.