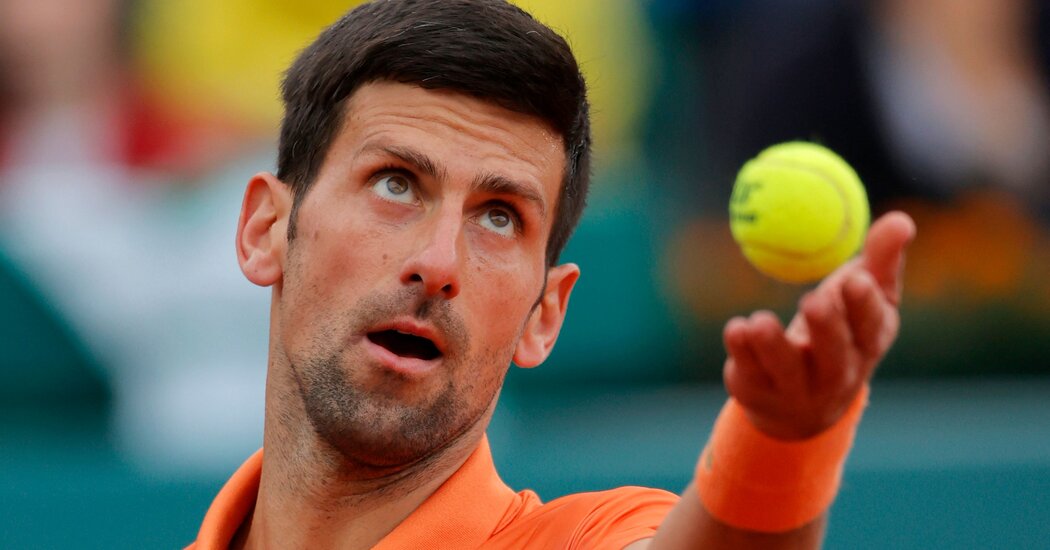 Wimbledon’s decision to allow players unvaccinated against Covid-19 to participate in this year’s tournament opens the way for Novak Djokovic, the No. 1-ranked men’s singles player who missed the Australian Open because he was unvaccinated, to enter the draw.

“As you will be aware, the requirements set out by government to enter the U.K. do not include mandatory vaccination,” Sally Bolton, the chief executive of the All England Lawn Tennis Club, which organizes Wimbledon, said in a news conference Tuesday. “And therefore, whilst of course it is encouraged, it will not be a condition of entry to compete in the championships this year.”

Djokovic’s refusal to be vaccinated led to his deportation from Australia, costing him the chance to play in the Australian Open, a tournament he has won a record nine times and the first of the four Grand Slam tournaments on the calendar. Djokovic, 34, has won 20 Grand Slam singles titles, one behind Rafael Nadal for the career record. Nadal moved ahead by winning in Australia.

Djokovic now has a chance to claim a fourth straight Wimbledon men’s singles title after winning in 2018, 2019 and 2021. (The pandemic forced the cancellation of the 2020 tournament.)

In early April, Djokovic played his second tournament in five months at the Monte-Carlo Masters. He had not been able to play at events in Indian Wells, Calif., and the Miami Open in Florida because of U.S. entry requirements, some of which relate to vaccination. He has since played in a tournament in Serbia, his home country.

Even with Djokovic able to play, the draws at Wimbledon will be missing some top players because the tournament barred Russians and Belarusians from competing in the aftermath of Russia’s invasion of Ukraine. Two Russian men, No. 2 Daniil Medvedev and No. 8 Andrey Rublev, who beat Djokovic in the final in Serbia, are ranked in the top 10. Aryna Sabalenka and Victoria Azarenka of Belarus are ranked No. 4 and No. 17 in women’s singles, and four Russian women are in the top 30.

Organizers employed measures to stage the tournament amid the pandemic last year, among them a requirement that players stay in a designated hotel and reducing capacity in early rounds. Bolton said the All England Club was “planning to return to a normal championships this year,” including allowing players to choose their accommodations and hosting full capacity crowds throughout the event.

“We don’t intend to implement any of the Covid-19 measures that we saw last year in any substantial fashion,” she said, adding that organizers would monitor the situation in case any adjustments were needed.