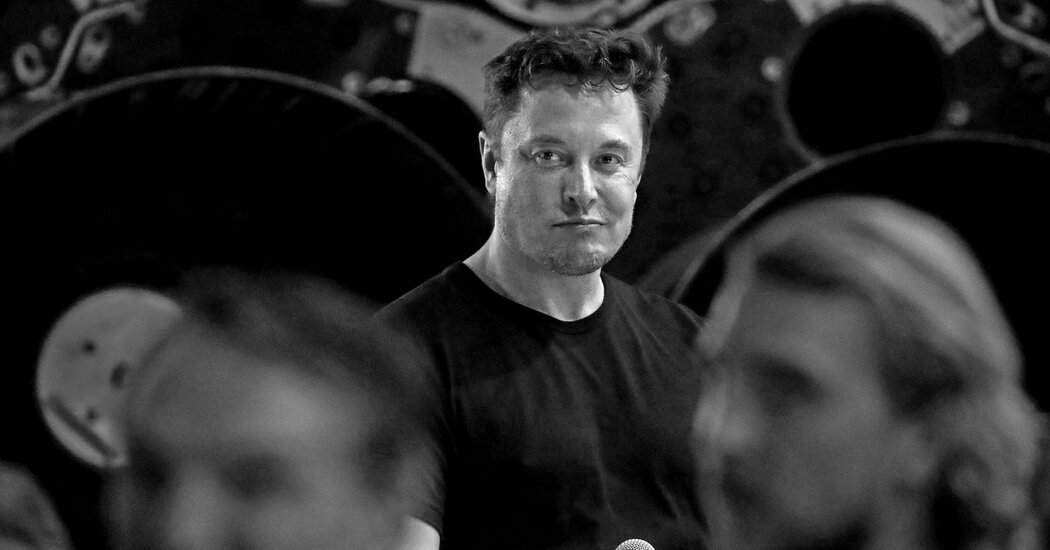 All of this is a moral and ethical case for keeping moderation policies in place, but what’s more baffling about Mr. Musk’s crusade is it’s hard to see how eliminating them would be good for the business. Right now, Twitter’s demographics skew male. If Twitter wants to further scale up its business and increase profitability, which is ostensibly its goal, it needs to expand its reach. Making the platform a hostile environment for women and minorities isn’t conducive to expansion, unless you believe your most valuable audience is white men who skew conservative and that they exist in ever larger numbers — and demographic trends indicate that they do not.

If anything, Twitter’s history indicates that when you make the platform more hospitable to a range of people, the user base grows. When the biggest Twitter troll of all, former President Donald Trump, was removed from the platform in January of 2021, research suggested that the percentage of adults on social media who said they used Twitter increased by 21 percent. (Mr. Trump has said that he has no plans to rejoin Twitter, but this column is not long enough to catalog all of the things he has said he would not do that he later did anyway, so some skepticism is in order.) If the former president is invited back, it’s entirely plausible that some of the newer post-Trump users would leave.

Mr. Musk has said he is not buying Twitter to make money, but as a successful entrepreneur, he presumably wants to make the company, which has long struggled with profitability, a success. The company’s revenue is currently very advertising-dependent, and in my experience as a former media entrepreneur and newspaper editor in chief, advertisers generally don’t like to promote their brands alongside provocative content; even everyday political news is sometimes too much. If Mr. Musk allows Twitter to become a cesspool of hate speech and disinformation, he’ll test the risk averseness of the platform’s advertisers, and it’s likely that he’ll find himself with fewer brands that are willing to take the risk of appearing in people’s polluted feeds.

There’s also, of course, the risk — both moral and to the business — that allowing more harassment and disinformation on the platform will result in real-world physical harm. The 2016 Pizzagate conspiracy theory, a precursor to QAnon, spread largely over social media and resulted in a man firing an AR-15 rifle in a Washington, D.C., pizza parlor. When people feel entitled to harm others because hateful speech is normalized online, it increases the ease with which conspiracy theories metastasize into acts of violence. A platform that spreads that kind of speech and takes a laissez-faire approach to disinformation doesn’t just create an unpleasant experience for users; it can get someone killed.

It’s entirely possible that Mr. Musk hasn’t thought about these things very thoroughly. His public bid for Twitter began only a few weeks ago, and since then his stated intentions have changed repeatedly, accompanied by a late and misleading securities filing and contradictory statements. He enjoys online trolling, and this may have started as a joke, which was then taken so seriously by the market, Twitter shareholders and the public that Mr. Musk himself began to consider it.

If that’s what happened, he may be the dog that caught the car. Tesla stock fell in the wake of the purchase announcement, potentially a reflection of shareholder sentiment that Mr. Musk may not be able to effectively run yet another company in addition to the four (Tesla, SpaceX, Neuralink and the Boring Company) he already leads.

Sophisticated moderation policies are difficult to develop and enforce, and Twitter has already spent years tinkering and trying to come up with something that works. The current terms of service are not perfect, but if Mr. Musk chooses to partly or fully dismantle them, he may experience Twitter in a new way himself: The aspects of the platform that are weaponized against women and minorities may not be so friendly to him, either. And if the company can’t expand its user base, his worst critics may be the only growth area of Twitter.