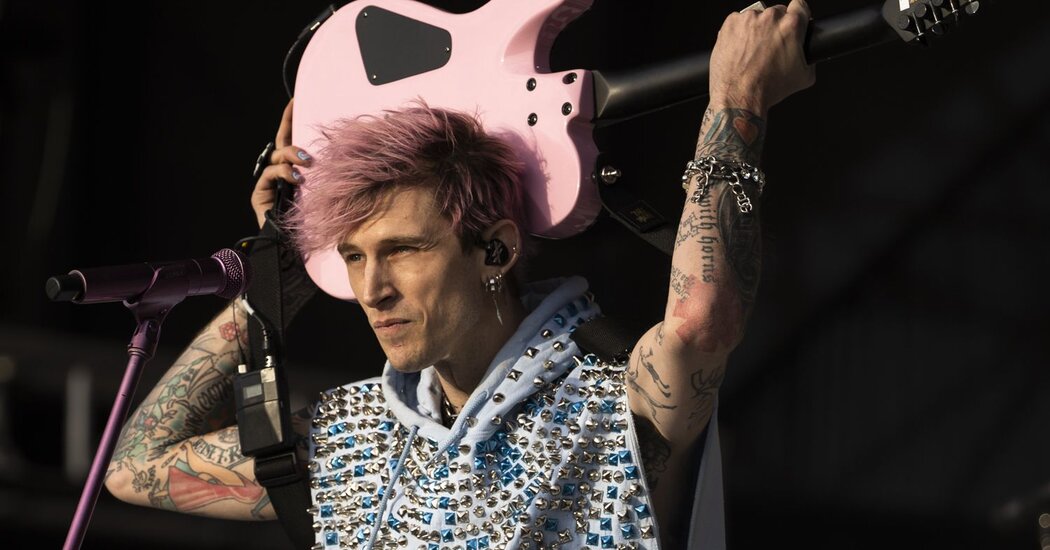 One of the most unlikely pop music twists of the last couple of years has been the ascent of Machine Gun Kelly, who recently released “Mainstream Sellout,” his second consecutive No. 1 pop-punk album following a career of decreasing returns in the hip-hop world.

The roots of this success predate his musical shift: in the mid-to-late 2010s hip-hop began flirting with pop-punk and emo thanks to the early waves of SoundCloud rap. Some of the most creatively successful practitioners of that era, namely Juice WRLD and Lil Peep, made influential music but unfortunately did not live to see the full scale of their impact. That left a vacuum, into which Machine Gun Kelly and others have stepped.

On this week’s Popcast, a conversation about Machine Gun Kelly’s pop-punk pivot, the arc of his prior career in hip-hop and the behind-the-boards work of the drummer Travis Barker, who has been an influential engine of the current pop-punk revival.

Connect With Popcast. Become a part of the Popcast community: Join the show’s Facebook group and Discord channel. We want to hear from you! Tune in, and tell us what you think at popcast@nytimes.com. Follow our host, Jon Caramanica, on Twitter: @joncaramanica.