Paul Whelan: An American detained in Russia, wonders why he was left behind 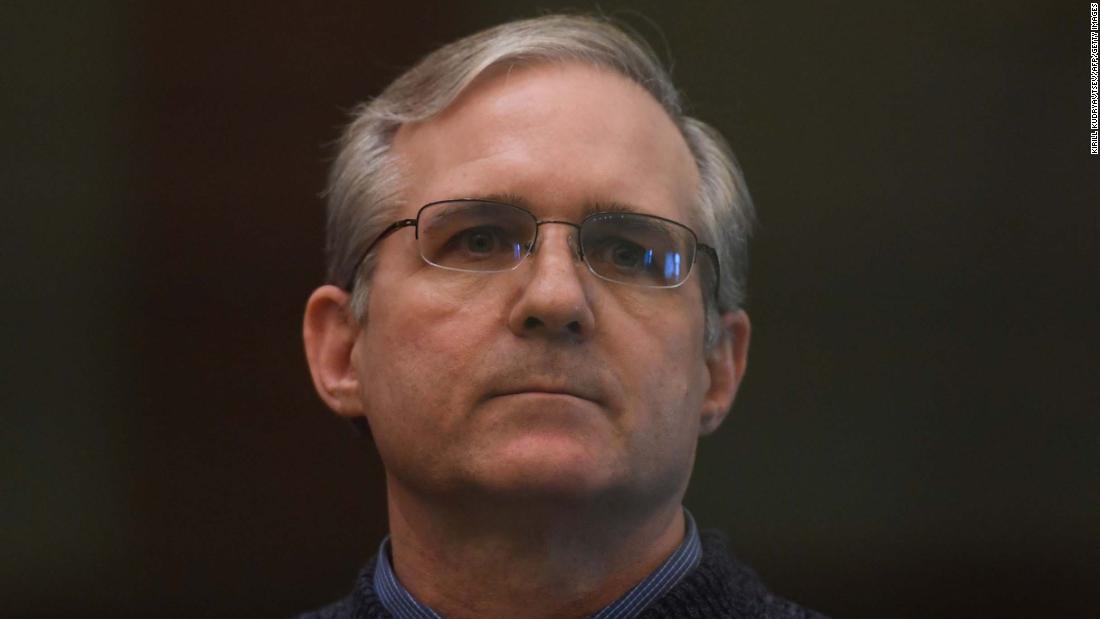 “Why was I left behind? While I am pleased Trevor is home with his family, I have been held on a fictitious charge of espionage for 40 months,” Whelan said in a statement to his parents and shared with CNN. “The world knows this charge was fabricated. Why hasn’t more been done to secure my release?”

Whelan, a US citizen and former Marine, was detained at a Moscow hotel in December 2018 and arrested on espionage charges, which he has consistently and vehemently denied. He was convicted and sentenced in June 2020 to 16 years in prison in a trial US officials denounced as unfair.

In a separate statement earlier Wednesday, the Whelan family expressed happiness about Reed’s release after more than two years in Russian detention, but said it is a day of “varied emotions” and questions for them.

Among those questions: why the family was not given more notice about Reed’s release.

Elizabeth Whelan, Paul Whelan’s sister, told CNN that she had received a call around 7:10 a.m. Wednesday “to let us know that Trevor was coming back and Paul was not.”

“I had barely time to alert my parents and brothers when it was all over the news,” she said, adding that she “was unhappy that we were given so little time to absorb this bad news.”

Her parents on Wednesday “were just devastated, completely crushed,” and expecting to have to relay the news to Paul Whelan, with whom they spoke Wednesday. However, he had already heard it from Russian television and “was very upset,” Elizabeth Whelan said.

“When I had a virtual call with the SPEHA group later that day I let them know in no uncertain terms what I thought of the administration’s terrible decision to leave Paul behind,” she said, referencing the special presidential envoy for hostage affairs. “I expect to continue communication with State and the NSC on an extremely regular basis until Paul is returned also.”

The Biden administration has said it will continue to work for Paul Whelan’s release, as well as that of detained WNBA player Brittney Griner.

“I am glad that President Biden reiterated this morning his vow to bring Paul home. Because otherwise it feels as though his pledge ‘not to walk away’ from Paul, given last summer in Geneva, feels hollow today,” Paul Whelan’s brother David said.

State Department spokesperson Ned Price said on CNN that “the case of Paul Whelan is one we continue to work day in, day out.”

“Paul Whelan is wrongfully detained in Russia. Roger Carstens and his team continue to do everything we can to seek his release from Russian custody,” he said, referencing the name of the special presidential envoy for hostage affairs.

White House press secretary Jen Psaki on Wednesday resisted the suggestion that the release of Konstantin Yaroshenko, who was exchanged for Reed, “narrows the chances” of Whelan’s release, telling reporters, “We will continue to advocate for the immediate and unconditional release of Paul Whelan at every opportunity, and using wrongful detention as a bargaining chip represents a threat to the safety of everyone traveling, working and living abroad.”

However, she declined to go into any further details about negotiations to bring Whelan home, telling reporters, “Obviously, our objective continues to bring Paul Whelan home, and any American who is not with their family and is being detained overseas, but I’m just not going to get into more details because I want to maintain the protection of our process.”

David Whelan said this administration “has engaged in far greater outreach with our family, and with the families of other hostages, than the Trump administration did” and that he is “confident President Biden cares and his team is making an effort.”

But, as he also noted, “unfortunately, that wasn’t enough for Paul. Perhaps someday it will be.”