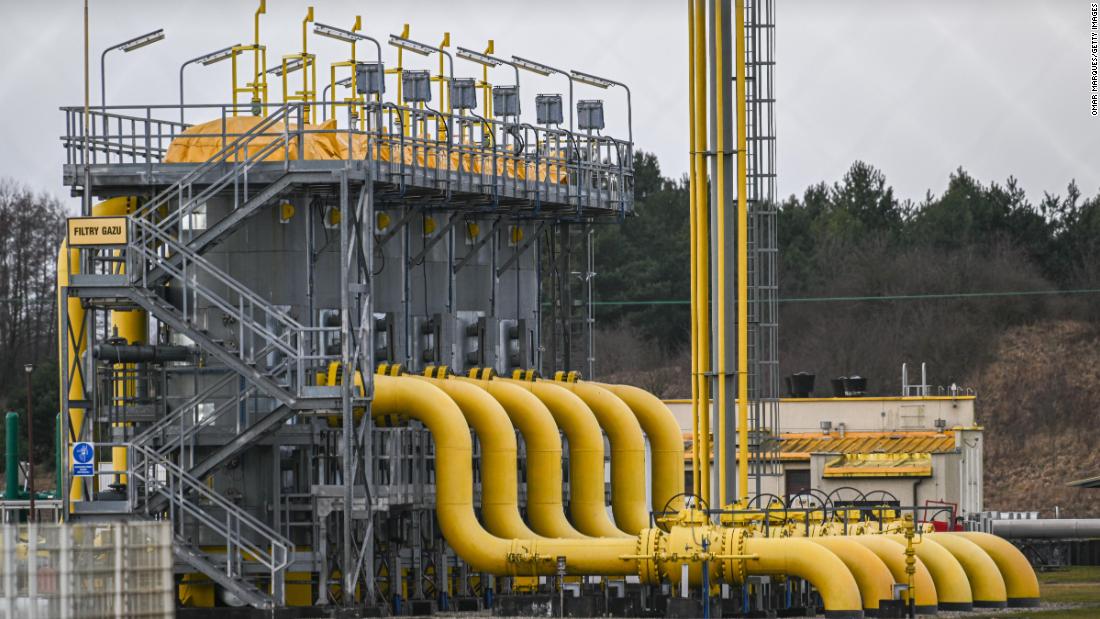 The move marks a significant escalation in the economic conflict between Russia and the West, and the most serious response yet by Moscow to several rounds of European sanctions announced since Putin ordered the invasion of Ukraine in February.

European Commission President Ursula von der Leyen said the suspension was tantamount to “blackmail.” She said that EU member states met for emergency talks Wednesday, and that some have already started sending gas to Poland and Bulgaria.

“The era of Russian fossil fuels in Europe will come to an end. Europe is moving forward on energy issues,” she said in a statement.

Poland and Bulgaria may be able to cope, but if Russia cuts supplies to other EU countries, and in particular Germany and Italy, Europe’s preparations will be sorely tested. Both G7 economies have said they intend to continue to pay for gas in euros or dollars.

According to the European Commission, the bloc relies on Russia for about 45% of its natural gas imports. EU gas storage facilities are about 32% full, according to Gas Infrastructure Europe. That’s well short of the 80% target the bloc has set for its member states to hit by November.

Analysts at Berenberg predict that Europe will make it to late fall before it starts to run out of gas if Russia were to abruptly cut off its supplies.

But the bloc has moved quickly to find alternate supplies and cut demand.

In March, EU leaders pledged to reduce consumption of Russian gas by 66% before the end of this year, and to break the bloc’s dependence on Russian oil and gas by 2027. The bloc also agreed with the United States to import more of its liquefied natural gas (LNG) this year. Germany is accelerating the construction of LNG terminals, and Italy has signed deals with Egypt and Algeria this month.

“This latest aggressive move by Russia is another reminder that we need to work with reliable partners, and build our energy independence,” von der Leyen said on Wednesday.

Poland has also been readying itself for a moment like this. Though Russia’s gas accounted for about 55% of its total imports in 2020, the country has diversified its energy sources in recent years. It has built an LNG terminal and is preparing to open a gas pipeline to Norway later this year.

PGNiG, the Polish state gas company, said Tuesday that its underground gas storage was nearly 80% full. And gas flows along the Yamal pipeline — the delivery route Russia has cut off — were already winding down.

“[Gas via Yamal] accounted for less than 2% of Russia’s pipeline deliveries to Europe since the beginning of the year,” Carsten Fritsch, analyst for energy, agriculture and precious metals at Commerzbank Research, wrote in a note on Wednesday.

Prices for European gas futures jumped by 24% early Wednesday morning, but have since fallen back down to trade slightly above April’s monthly average of €100 ($106) per megawatt hour, data from the Independent Commodity Intelligence Services shows.

“Poland’s strategy to move away from Russia has been vindicated,” Rystad Energy analysts Kaushal Ramesh and Nikoline Bromander wrote in a note.

Bulgaria is more exposed, relying on Russia for almost 75% of its gas imports, according to EU data. But its government said Tuesday that it had taken steps to find alternate supplies. And it is building a gas pipeline to Greece.

“At present, no restrictive measures have been imposed on gas consumption in Bulgaria,” its energy ministry said in a statement.

But the damage a sudden gas cut-off could wreak on Germany is the cause for greatest concern.

Europe’s biggest economy typically imports about 55% of its gas from Russia, according to its economy ministry. Though it has managed to slash Russia’s share of imports to 40% in recent weeks, a sudden stop would be disastrous for Germany’s heavy industry, which is already grappling with soaring energy prices and shortages of raw materials.

A sudden break with its main energy source could lead to a cut in production and exports and threaten the survival of many of the country’s small and medium-sized manufacturers.

Germany’s central bank last week said an abrupt halt would push the economy into a deep recession. About 550,000 jobs and 6.5% of annual economic output could be lost across this year and next, according to an analysis by five of the country’s top economic institutes.

“If we lost Nord Stream 1 through the Baltic Sea into Germany, that will be a major crisis,” Ole Hvalbye, natural gas analyst at the Swedish bank SEB, told CNN Business.

Last month, the German government initiated the first of a three-stage emergency plan that could lead to gas rationing, with households and hospitals taking priority over many manufacturers.

Henning Gloystein, director of energy, climate and resources at Eurasia Group, told CNN Business that, under a major Russian supply cut, Germany and Italy — which relies on Russia for about 41% of its gas needs — could avoid rationing next winter if they act quickly.

“[Germany and Italy] need to try to structurally reduce gas consumption by replacing household boilers with alternative systems like water heat pumps and asking households to use less gas for heating or cooling,” he said.

“European utilities will need to go into the LNG market and order as many tankers as possible in the coming weeks and months,” he added.