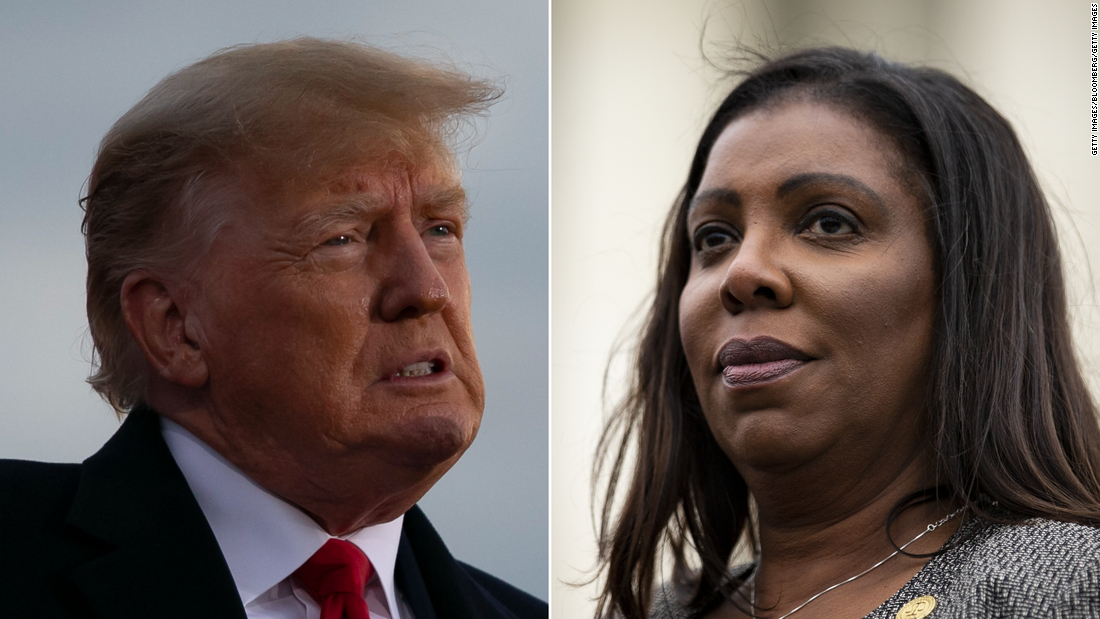 They still want to search two cell phones belonging to former President Donald Trump and the laptop and desktop of his longtime executive assistant Rhona Graff, but investigators told a judge this week they’re moving quickly.

A third-party firm hired to search the Trump Organization’s files had identified 151 custodians, or people or entities, that might have documents sought by the attorney general’s office, but Wallace said they are focusing on the “most important outstanding pieces of information” because the clock is ticking for it to file a lawsuit.

The statute of limitations for various laws under consideration goes back several years, but the tolling agreement with the Trump Organization that paused the clock expires on Saturday. Even as the agreement expires, it could still be several weeks before the attorney general’s office decides its next step in the investigation.

The comments came during a court hearing Monday, when New York state Judge Arthur Engoron held Trump in civil contempt and fined him $10,000 per day for failing to comply with a subpoena for documents relating to New York’s investigation into the Trump Organization’s finances.

Lawyers for the New York State Attorney General’s Office provided a glimpse into their investigation, which has spanned three years, after the judge asked them to explain what is taking so long and where it is heading.

“Given the upcoming end of the tolling agreement we will likely need to bring some kind of enforcement action in the near future to preserve our rights,” Wallace said. He noted that before they file the attorney general’s office has agreed to meet with the Trump Organization attorneys and “allow them to make their case” and discuss what any “appropriate resolutions might look like.”

In addition to the tolling agreement’s expiration, evidence may become stale and memories may fade, Wallace noted. “Counsel is in favor of moving as quickly as we can.”

The civil investigation has been hanging over Trump for several years. He has been focused on the investigation that threatens his family business, calling Attorney General Letitia James “racist” and accusing her of pursuing him for political gain.

The attorney general’s office has already said in court filings that it believes there were misleading statements and omissions in Trump’s financial statements that were provided to lenders and insurers and used for tax benefits. Trump has called the investigation a witch hunt, and he and the company have denied any wrongdoing.

The judge previously ordered Trump, Donald Trump Jr. and Ivanka Trump to sit for depositions. The Trumps have appealed and it’s unclear when a decision will come. Eric Trump was deposed in 2020 and asserted his Fifth Amendment right against self-incrimination more than 500 times. Last month, at the attorney general’s request, the judge ordered the Trump Organization to comply with subpoenas by Friday.

Wallace said that since the Trump Organization isn’t cooperating with the investigation, the office started off with an “unguided tour” using the financial statements provided to Congress by Trump’s former personal attorney Michael Cohen in February 2019. What the lawyers found, he said, was a company that doesn’t have the processes and controls normally found in regulated industries, like banking. The Trump real estate business — which is large going by the amount of golf courses, condos, hotels and office space it owns — is run as a small family operation.

“The company relies more on its people than its systems,” Wallace said. There are 500 different entities, millions of dollars moving around and different accounting practices and statements depending on the business unit, he said.

The attorney general’s office served the first of six subpoenas to the Trump Organization in December 2019, Alina Habba, an attorney for Trump, said at the hearing Monday. To date, she said, millions of pages of documents have been turned over and 13 employees of the Trump Organization interviewed. Those include Allen Weisselberg, who served as chief financial officer for decades; Alan Garten, the Trump Organization’s general counsel; and Jeffrey McConney, the controller; along with McConney’s deputy and other employees in finance, according to court filings.

One example of the complexity of the business is Trump’s golf course in Jupiter, Florida. Wallace said they’ve been pulling on strands to understand whether it was “presented fairly” in Trump’s financial statements.

He said the golf club, which was purchased in 2012 for $5 million, was bundled in the financial statement in a $2 billion bucket of club assets. There were no footnotes detailing what was included in the bundle. The supporting papers indicated Trump valued the course at $46 million. Next, investigators searched to determine where the additional $41 million value came from, which he said prompted them to head down additional investigative paths.

“These issues repeat across clubs,” Wallace said. “Each of these assets is like a Russian nesting doll.”

Habba said, “There were multiple layers and multiple people because that’s how real estate companies operate.”

The financial statements at the heart of the attorney general’s investigation, she said, were an unaudited compilation by a family-owned company.

“These are sophisticated banks and companies,” she said. “No one was lending us money without their own vetting.”

“Quite honestly, I would love to go into the particulars of my client’s properties, some of which are grossly undervalued, but I don’t think we’re at that stage yet,” Habba argued.