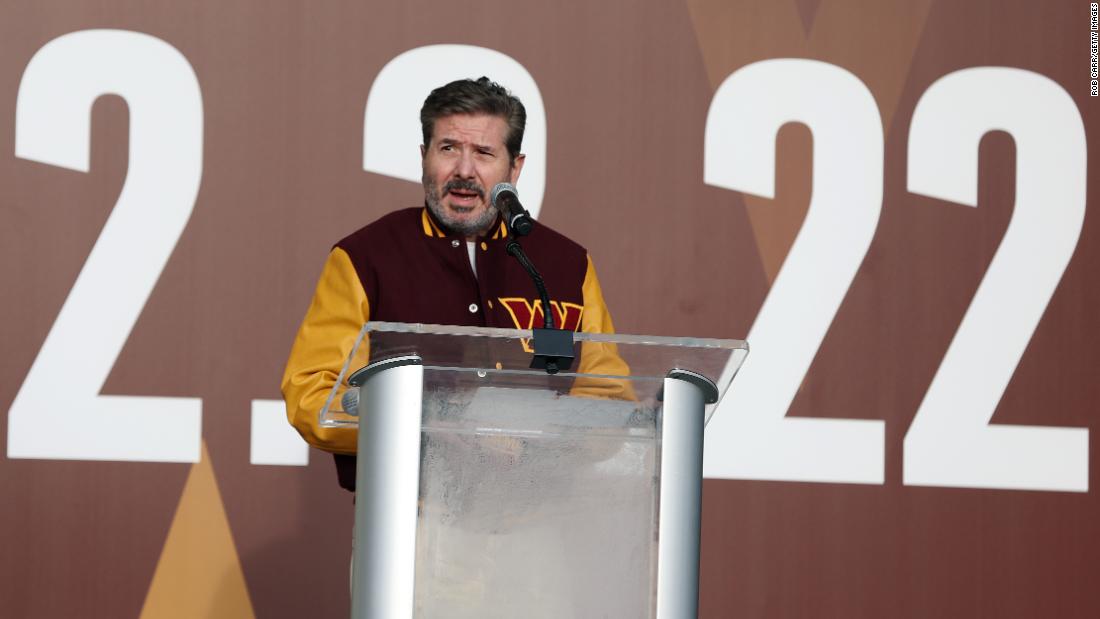 The investigations come after lawmakers in Congress laid out accusations against the team and executives including Synder last week, including that they “may have intentionally withheld millions of dollars in refundable security deposits owed to fans, and concealed revenues that were owed to the NFL as part of the League’s revenue-sharing agreement.”
The chairs of the House Committee on Oversight and Reform and the House Subcommittee on Economic and Consumer Policy co-authored a letter to the Federal Trade Commission (FTC) earlier this month, asking for a review of evidence they said shows Snyder and the team “may have engaged in a troubling, long-running, and potentially unlawful pattern of financial conduct that victimized thousands of team fans and the National Football League.

CNN reached out to the Commanders Tuesday for comment. Earlier this month, the team strongly denied the claims of financial misconduct in a letter addressed to the FTC, and an attorney speaking for the team said a former team employee who provided information to a Congressional committee lied on “issues big and small.”

The Maryland attorney general’s office declined to comment and would not say if it is also investigating the matter.

D.C. Attorney General Karl Racine has been investigating the Washington Commanders and Snyder in relation to “allegations of sexual harassment and workplace misconduct … and more recently, the team’s ticket sales practices,” Racine’s spokesperson Marrisa Geller told CNN Tuesday. “The harassment investigation has been underway since the fall of 2021 based on both public reporting and independent investigative work by AG Racine’s office.”

Former team employees and cheerleaders detailed accusations against Snyder during a roundtable with the House Oversight Committee in February, including allegations that he asked staff to compile lewd video clips of cheerleaders without their knowledge or consent as well as a claim of unwanted sexual touching.

Jordan Siev, an attorney for Snyder, said in February the harassment and misconduct allegations were “false, and have been categorically denied by Mr. Snyder.”