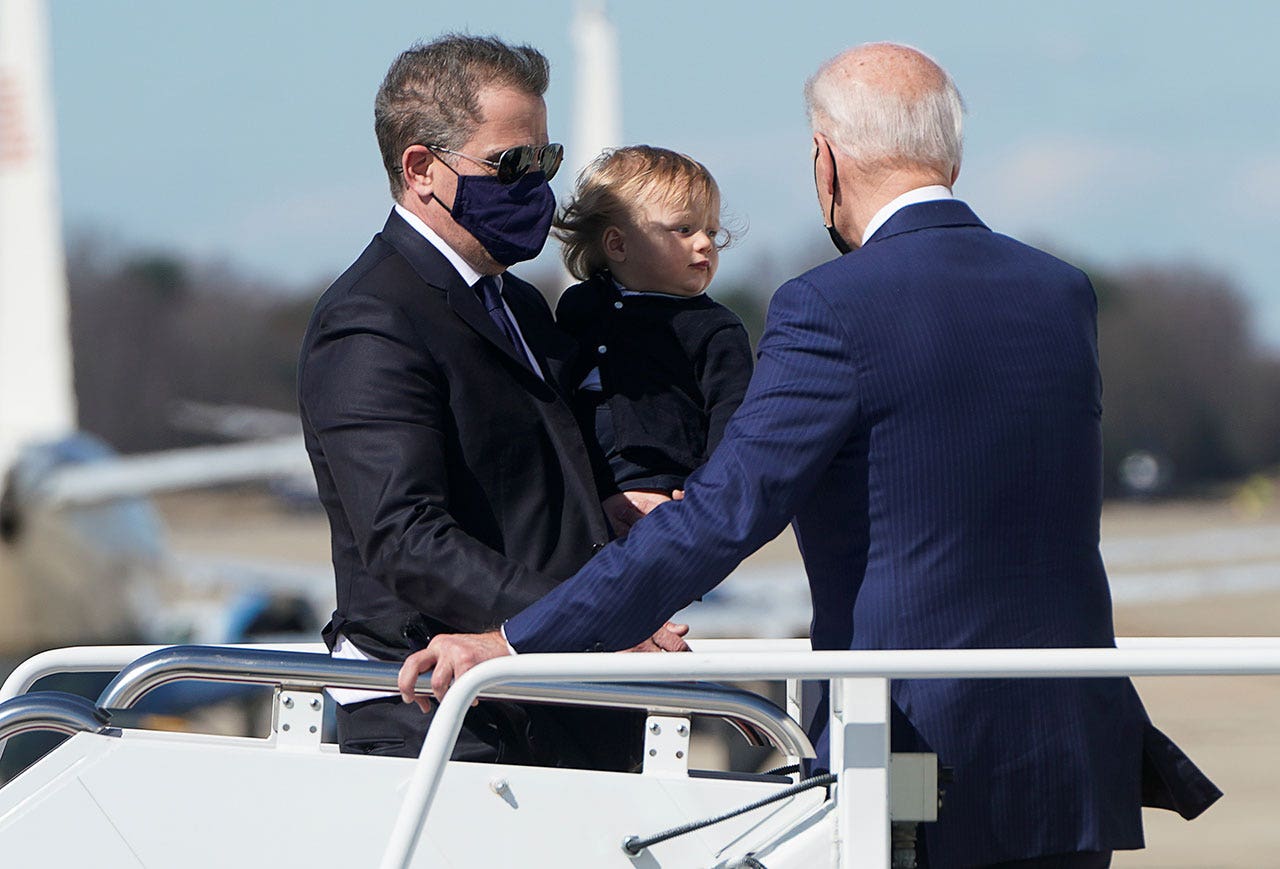 In the April 8, 2016, exchange obtained by Fox News Digital, Schwerin shared a video clip of Clinton in an email thread with Hunter Biden and Mackler, who was deputy counsel to Vice President Joe Biden at the time. The clip showed the former president clashing with Black Lives Matter protesters during a 2016 Hillary Clinton campaign event in Philadelphia, in which he said the tougher sentencing provisions in the 1994 crime bill, dubbed the Clinton Crime Bill, were pushed by then-Sen. Joe Biden.

“Hillary didn’t vote for that bill, because she wasn’t in the Senate,” Bill Clinton said at the time. “She was spending her time trying to get health care for poor kids – who were they? And their lives matter.”

At the time, Joe Biden had already ruled out a 2016 presidential run, and he would go on to endorse Hillary Clinton for president about two months later.

The day after Bill Clinton appeared to blame Joe Biden for the tougher sentencing provisions in the 1994 crime bill, Schwerin sent the clip to Hunter Biden and Mackler.

Hunter Biden’s most prominent investment partner had an official sit-down with Vice President Joe Biden in 2010, but Americans who rely on ABC, CBS and NBC for information would have no idea.
(Screenshot)

“What an ahole,” Hunter Biden responded. “And God he looks like s–t.”

Schwerin added, “But it is still called the Clinton Crime Bill.”

“Oddly enough,” Mackler responded, “after unnecessarily throwing [Joe Biden] under the bus he gave a damn forceful pro-minority defense of the crime bill.”

“Are you f’ing kidding me. How greedy can you possibly be?” Hunter asked.

In another email exchange in late 2015, Hunter Biden and Mackler continued to take shots at a close Hillary Clinton aide, responding to a Washington Post article Schwerin shared with the headline, “While at State, Clinton chief of staff held job negotiating with Abu Dhabi,” referring to Cheryl Mills.

“For f–k’s sake. This is incredible. It never ends,” Mackler said.

“Truly absurd. If this is acceptable then would it also have been acceptable for Ron Klain to remain general counsel of Revolution while acting as COS for the VP?” Hunter asked.

Mackler responded in the affirmative and said negotiating with Abu Dhabi is “negotiating business deals with a backwards, repressive, sexist (but very, very wealthy) foreign government.”

Ted Kaufman, a longtime confidante of President Biden, also took a shot at Hillary Clinton in an April 2016 email, which included several members of Biden’s inner circle, including Steve Ricchetti, Mike Donilon, and Hunter. The email said Clinton had a “major problem” in the south, pointing to her “family values.”

The emails come to light amid a federal investigation into Hunter Biden’s foreign business dealings, including his serving on the board of directors of Ukrainian natural gas company Burisma Holdings Ltd.

Hunter’s foreign income was first reported in a September 2020 report from Senate Republicans but has been gaining traction in recent months as media outlets like The Washington Post and The New York Times have come around to authenticating thousands of emails from Hunter’s abandoned laptop after initially dismissing the scandal and the New York Post’s original reporting in the run-up to the 2020 election.

Hunter Biden, the son of President Joe Biden, speaks to guests during the White House Easter Egg Roll on the South Lawn of the White House, Monday, April 18, 2022, in Washington.
(AP Photo/Andrew Harnik)

Hunter, who has adamantly denied any wrongdoing, has not been charged with a crime related to the investigation, which is being conducted by David Weiss, the U.S. attorney for the District of Delaware.

Hunter Biden’s lawyer did not respond to Fox News Digital’s request for comment.

Schwerin, president of the since-dissolved Rosemont Seneca firm, made headlines over the last few days amid reports he visited Obama’s White House 19 times and met with then-VP Biden at least once, the New York Post reported. Fox News Digital reported Tuesday there were eight additional White House visits in 2016, bringing the number up to 27 White House visits.

Meanwhile, Mackler faced national scrutiny last year after he was named to serve on President-elect Joe Biden’s Justice Department transition team. Mackler was a prosecutor in the Delaware U.S. attorney’s office in 2018 about the time the Justice Department opened an inquiry into whether Hunter Biden had cheated on his taxes, The Washington Times reported Jan. 3, 2021.

Mackler, who now serves as chief deputy attorney general in the Delaware Department of Justice, told The Washington Times at the time that he did not know about the case when he was a federal prosecutor. “I learned about the investigation through Hunter Biden’s press statement,” he said.