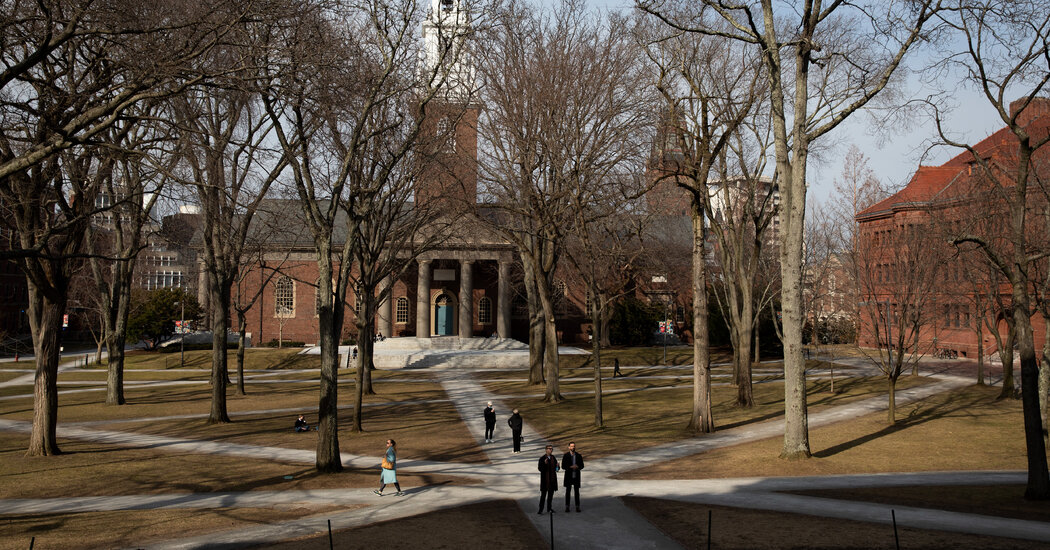 In 2019, Harvard’s president, Lawrence S. Bacow, appointed a committee of faculty members to investigate the university’s ties to slavery, as well as its legacy. Discussions about race were intensifying across the country. Students were demanding that the names of people involved in the slave trade be removed from buildings. Other universities, notably Brown, had already conducted similar excavations of their past.

The resulting 134-page report plus two appendices was released Tuesday, along with a promise of $100 million, to create an endowed fund to “redress” past wrongs, one of the biggest funds of its kind.

Here are some of its key findings and excerpts.

Slavery Was Part of Daily Life at the University

The report found that enslaved people lived on the Cambridge, Mass., campus, in the president’s residence, and were part of the fabric, albeit almost invisible, of daily life.

“Over nearly 150 years, from the university’s founding in 1636 until the Massachusetts Supreme Judicial Court found slavery unlawful in 1783, Harvard presidents and other leaders, as well as its faculty and staff, enslaved more than 70 individuals, some of whom labored on campus,” the report said. “Enslaved men and women served Harvard presidents and professors and fed and cared for Harvard students.”

The committee found at least 41 prominent people associated with Harvard who enslaved people. They included four Harvard presidents, such as Increase Mather, president of the university from 1692 to 1701, and Benjamin Wadsworth, president from 1725 to 1737; three governors, John Winthrop, Joseph Dudley and John Leverett; William Brattle, minister of First Church, Cambridge; Edward Wigglesworth, professor of divinity; John Winthrop, professor of mathematics and natural philosophy; Edward Hopkins, founder of the Hopkins Foundation; and Isaac Royall Jr., who funded the first professorship of law at Harvard.

The University Benefited From Plantation Owners

While New England’s image has been linked in popular culture to abolitionism, the report said, wealthy plantation owners and Harvard were mutually dependent for their wealth.

“Throughout this period and well into the 19th century, the university and its donors benefited from extensive financial ties to slavery,” the report said. “These profitable financial relationships included, most notably, the beneficence of donors who accumulated their wealth through slave trading; from the labor of enslaved people on plantations in the Caribbean islands and in the American South; and from the Northern textile manufacturing industry, supplied with cotton grown by enslaved people held in bondage. The university also profited from its own financial investments, which included loans to Caribbean sugar planters, rum distillers, and plantation suppliers along with investments in cotton manufacturing.”

Early attempts at integration met with stiff resistance from Harvard leaders who prized being a school for a white upper crust, including wealthy white sons of the South.

“In the years before the Civil War, the color line held at Harvard despite a false start toward Black access,” the report said. “In 1850, Harvard’s medical school admitted three Black students but, after a group of white students and alumni objected, the school’s dean, Oliver Wendell Holmes Sr., expelled them.”

Harvard faculty members played a role in disseminating bogus theories of racial differences that were used to justify racial segregation and to underpin Nazi Germany’s extermination of “undesirable” populations.

“In the 19th century, Harvard had begun to amass human anatomical specimens, including the bodies of enslaved people, that would, in the hands of the university’s prominent scientific authorities, become central to the promotion of so-called race science at Harvard and other American institutions,” the report said.

One of those race scientists was the naturalist and Harvard professor Louis Agassiz, who commissioned daguerreotype portraits of enslaved people — Delia, Jack, Renty, Drana, Jem, Alfred, and Fassen — in an attempt to prove their inferiority. The report does not mention that Tamara Lanier, a woman who has traced her ancestry to Renty, had challenged Harvard’s ownership of the portraits, saying that the images of Renty and his daughter Delia, taken under duress, are the spoils of theft.

The Legacy of Slavery Lived On

Until as recently as the 1960s, the legacy of slavery lived on in the paucity of Black students admitted to Harvard.

“During the five decades between 1890 and 1940, approximately 160 Blacks attended Harvard College, or an average of about three per year, 30 per decade,” the report said. “In 1960, some nine Black men numbered among the 1,212 freshman matriculants to Harvard College, and that figure represented a vast improvement over the prior decades.”