French Lessons for the Biden Administration 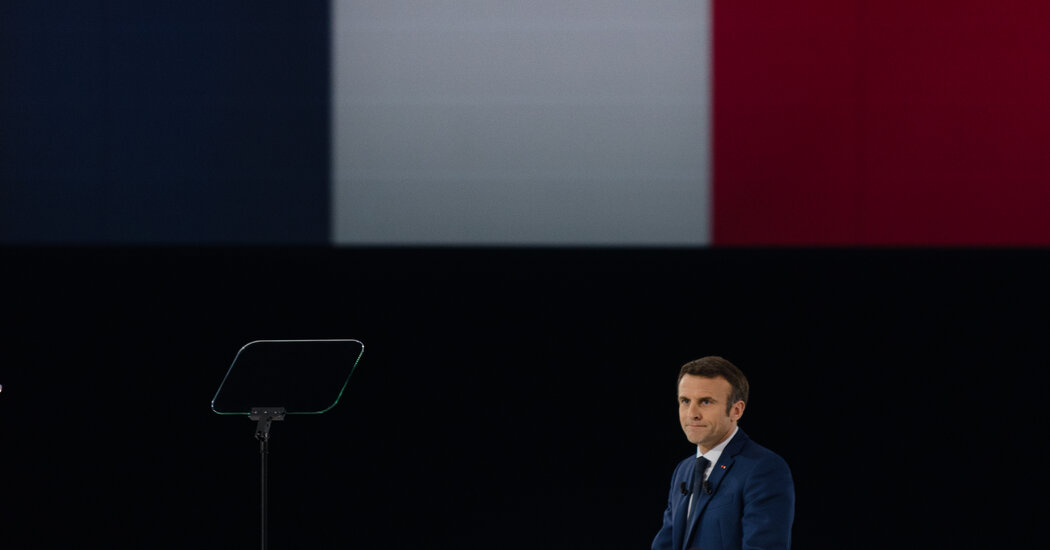 You probably breathed a deep sigh of relief when you heard that Emmanuel Macron trounced Marine Le Pen by a 17-point margin in Sunday’s French presidential election.

A Le Pen victory would have been a boon to Vladimir Putin, Viktor Orban and Steve Bannon and a disaster for NATO, Europe and France.

The center held, thank God — because Macron governed from the center. He was hated by the far left and the far right and never entirely pleased those closer to the center.

But he also became the first president to be re-elected in France in 20 years.

There’s a lesson in that for the Biden administration and Democrats in Congress, especially when it comes to immigration.

It has become an article of progressive faith in recent years that efforts to control immigration are presumptively racist.

A border wall is “a monument to white supremacy,” according to a piece published in Bloomberg. The “remain in Mexico” policy is “racist, cruel and inhumane,” according to the Justice Action Center. An essay published by the Brookings Institution calls U.S. immigration policy “a classic, unappreciated example of structural racism.”

It wasn’t long ago that Bernie Sanders was an avowed restrictionist on the view that immigration depresses working-class wages. Did that position make him a racist?

The Wall Street Journal’s editorial board, where I once worked, used to make the case for open borders with Mexico. Were we left-wing progressives?

People of good will should be able to take different and nuanced views on immigration — and change their minds about it — without being tagged as morally deficient.

But that’s no longer how it works in progressive circles. The results are policy choices that are bad for the country and worse for Democrats and are an unbidden gift to the far right.

The issue is now acute with the Biden administration simultaneously seeking to end the Trump administration’s “remain in Mexico” policy in a case before the Supreme Court while accepting a recommendation from the Centers for Disease Control and Prevention to let the use of Title 42, which allowed border authorities to expel illegal immigrants as a public health measure, expire on May 23.

There’s not much doubt as to what will happen if the administration gets its way: An already straining southern border will burst. In fiscal year 2020 there were 646,822 “enforcement actions” at the border. In 2021 the number was a little shy of two million. Without the authority of Title 42, under which 62 percent of expulsions took place in 2021, the number of migrants being released in the United States will increase drastically.

You don’t have to be opposed to immigration as a general matter to have serious doubts about the administration’s course.

Is there a practical and available legal alternative to regulating immigration through Title 42 enforcement? Where is the logic of ending Title 42 even as the administration seeks to extend mask mandates because the pandemic is far from over?

Given housing shortages, how much capacity is there to absorb the next wave of migrants? Even if an overwhelming majority of migrants are merely seeking a better life, what system is there to find those with less honorable intentions?

More to the point: What does the administration’s utter failure at effective control of the border say about its commitment to enforcing the rule of law?

To raise such questions should be an invitation to propose balanced and practical immigration legislation and try to win over moderate Republicans.

Instead it tends to invite cheap accusations of racism, along with policy paralysis in the White House.

As Politico reported last week, some think the administration’s secret policy is to call for an end to Title 42 to satisfy progressives while crossing fingers that the courts continue it — which a federal judge did on Monday, at least temporarily.

Leading from behind Trump-appointed judges is probably not what Americans elected Joe Biden to do.

Which brings us back to the example of France. When Jean-Marie Le Pen made his first presidential bid on an anti-immigration platform in 1974, he took 0.75 percent of the ballot in the first round — fewer than 200,000 votes. When his daughter Marine ran on a similar platform this year, she took 41.5 percent in the second round, or more than 13 million. The Le Pens are thoroughgoing bigots.

But decades of pretending that only bigots had worries about immigration only made their brand of politics stronger.

As president, Macron tacked right on immigration — not to weaken France’s historic position as an open society, friendly to newcomers, but rather to save it. He has cracked down on some asylum seekers, demanded that immigrants learn French and get jobs and taken a hard line against Islamic separatism.

The left thinks of him as Le Pen lite, the right as a feckless impostor. Maybe he’s both. Then again, he also saved France for the free world.

Democrats could stand to brush up on their French.