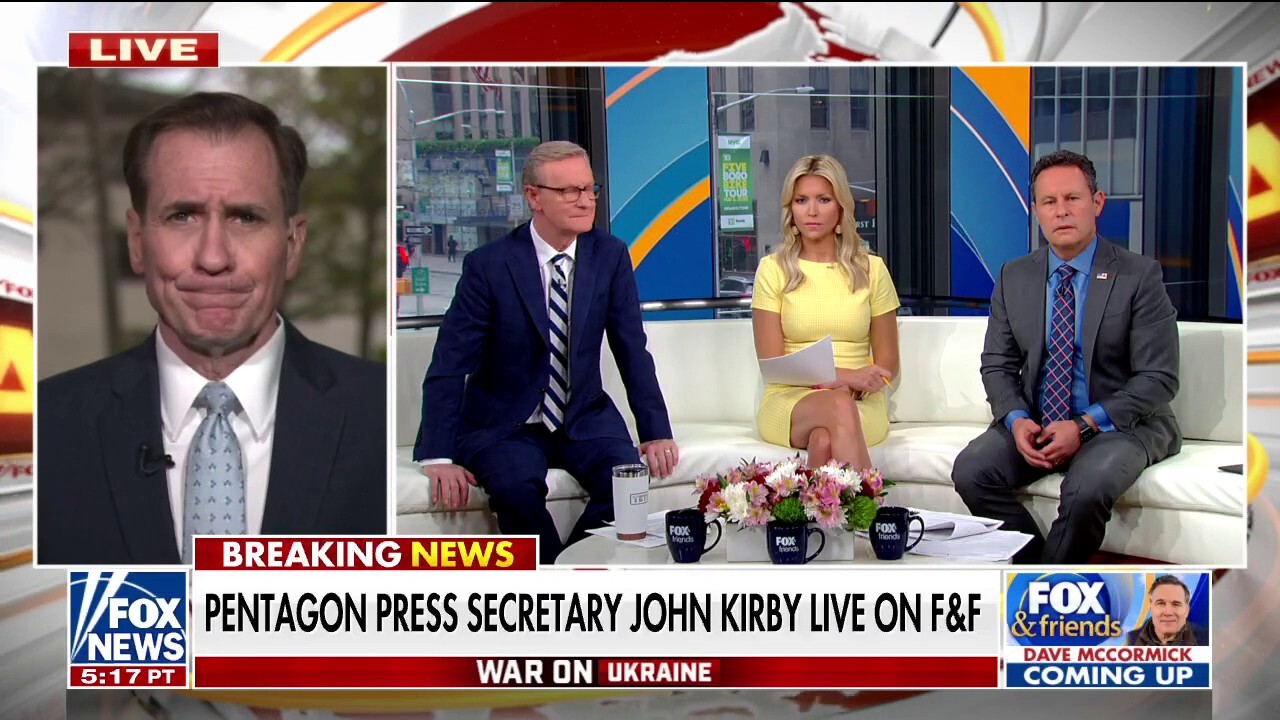 Pentagon spokesperson Admiral John Kirby clarified Tuesday there is only one U.S. objective in the Russia-Ukraine war, as Putin’s assault prompts millions to flee from their homes.

Kirby explained the U.S. wants to ensure Ukraine has the tools to protect its “sovereignty” and that is the only goal for the United States.

“We have always wanted one singular objective and that is that Ukraine’s sovereignty and territorial integrity is fully respected by Russia and, quite frankly, everybody else,” Kirby said on “Fox & Friends.”

“And that’s what the meeting in Germany here is all about,” he continued. “So many countries from outside Europe participating and looking at ways that they can contribute to Ukraine’s ability to defend itself now and well into the future. That’s been the goal from day one, and that has not changed.”

Co-host Brian Kilmeade pressed Kirby on remarks Secretary Lloyd Austin made this week, suggesting a “weakened Russia” could be another goal as Putin’s invasion continues.

“Russia has weakened itself as a result of this invasion,” Kirby said. “And we don’t we don’t want to see them be able to do this kind of thing in the future.”

“We don’t want to see a Russian capability that is persistent and an ability to invade another sovereign nation and destabilize the European continent any more than they already have,” he continued. “We’ve all been consistent about not wanting to see a Russia emerge from this, able to do it again.”

Secretary Austin, Secretary of State Antony Blinken, and other U.S. officials met with Ukrainian President Volodymyr Zelenskyy over the weekend in Ukraine as the U.S. continues to send military aid in the fight against Russia.

President Biden announced another aid package last week, which includes $800 million worth of heavy artillery, ammunition, and other supplies.