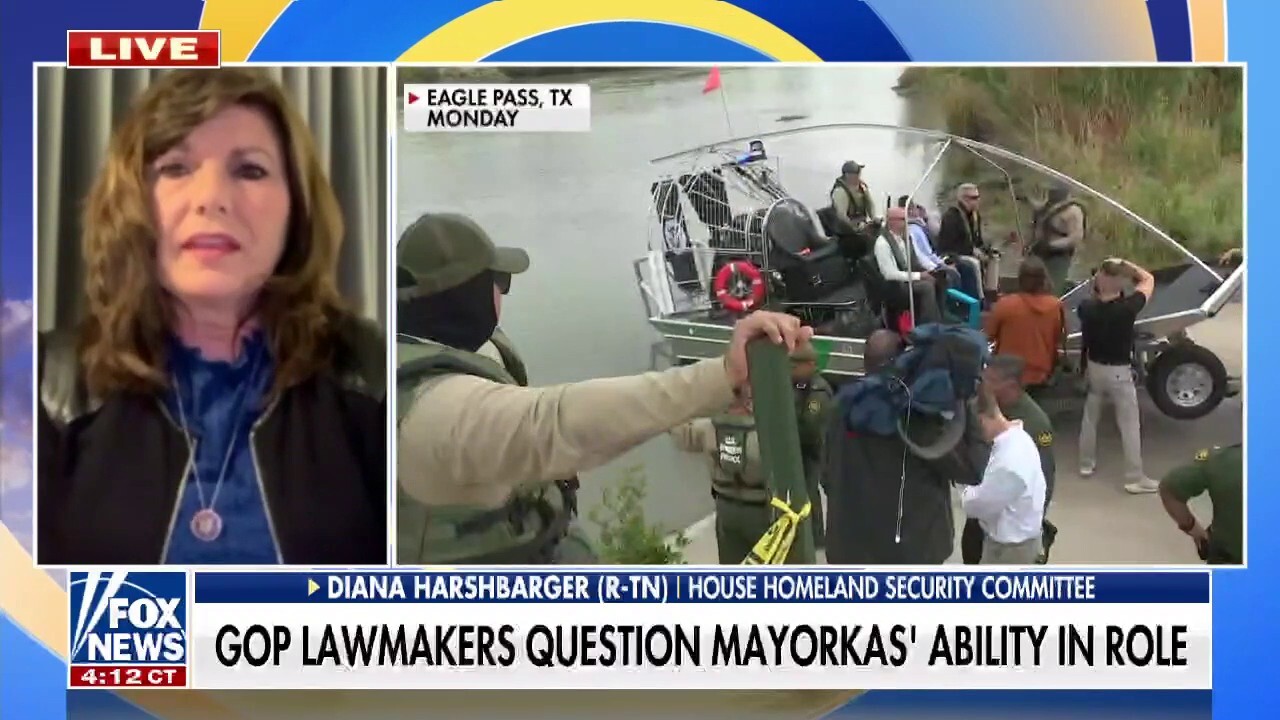 Tennessee Congresswoman Diana Harshbarger joined fellow GOP members of Congress on a trip to see the crisis at the southern border firsthand.

“We took notes and are going to try to make a difference for those men and women who protect our southern border,” she said Tuesday on “Fox & Friends First”, calling out the Biden administration including DHS Secretary Mayorkas’ for failing to accept responsibility for the worsening situation.

The group, led by House Minority Leader Kevin McCarthy, R-Calif., toured the border Monday with agents who he said are “pushed to their limits.”

They pleaded to Biden and other House Democrats to extend Title 42, a public health order set to expire in 30 days that has been used since March 2020 to quickly expel a majority of migrants at the border due to the COVID-19 pandemic.

The trip by the lawmakers coincided with the recent death of a Texas national guard specialist, who drowned while trying to save the lives of migrants making the trek from Mexico.

When asked by co-host Todd Piro about how much Secretary Mayorkas is responsible for the crisis at the southern border, Harshbarger responded that President Biden is ultimately responsible for leaving him in charge and therefore allowing this crisis to continue.

“The buck stops at the White House because it is the White House who makes decisions, who give him direction. And I blame Joe Biden for everything that’s going on,” she said.

The Tennessee Republican called out the administration for failing to accept accountability for the death of National Guardsman Bishop E. Evans. Press secretary Jen Psaki said Monday that Texas chose to deploy the National Guard to its border, seemingly passing the blame on to Gov. Greg Abbott.

“They won’t accept accountability for anything,” Harshbarger responded.