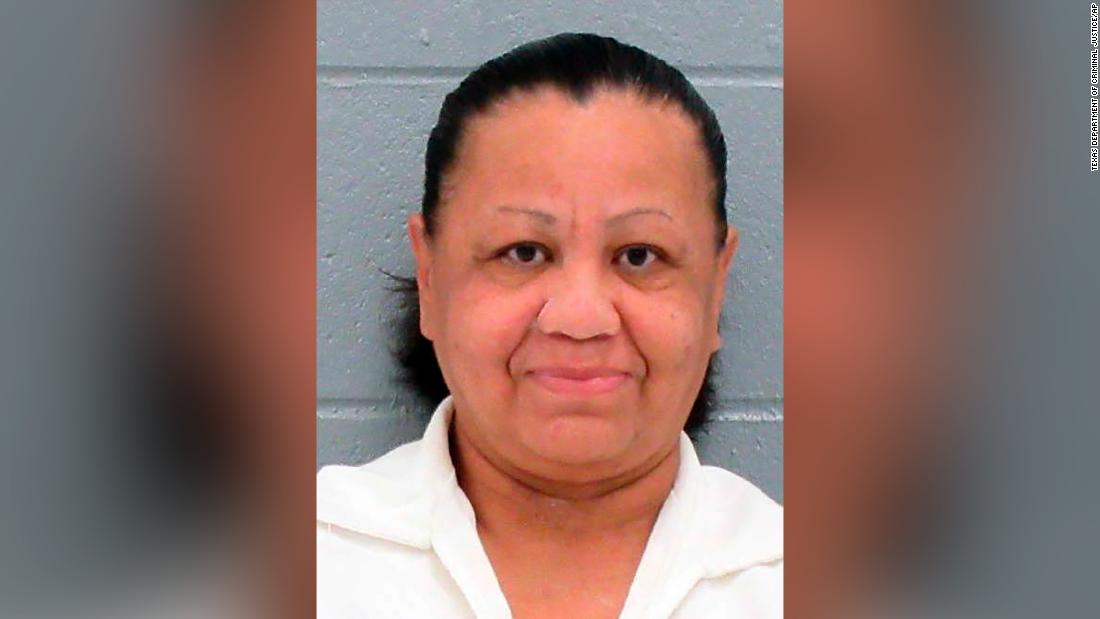 Lucio, her family, advocates and attorneys say she was wrongfully convicted of capital murder in the 2007 death of her toddler Mariah.

“I thank God for my life. I have always trusted in Him,” Lucio said in a statement shared by her legal team. “I am grateful the Court has given me the chance to live and prove my innocence. Mariah is in my heart today and always.”

At trial, prosecutors argued Lucio was an abusive mother who likely caused the injuries that brought about her daughter’s death. But Lucio and her attorneys said Mariah’s injuries stemmed not from abuse but from a fall down a staircase outside the family’s second-floor apartment two days prior to her death.

Of the nine claims Lucio raised in her habeas application, the appellate court ordered the trial court to consider four of them, including her assertions she is innocent and new scientific evidence precludes her conviction. Lucio also argued the state relied on false testimony and suppressed evidence favorable to her defense.

The court’s ruling delays Lucio’s execution while the trial court considers the merits of her claims.

Separately, the Texas Board of Pardons and Paroles on Monday declined to make a clemency recommendation in Lucio’s case, citing the stay of execution.

Reasons for doubt ‘are innumerable,’

Lucio’s case garnered wider attention after being featured in the 2020 documentary, “The State of Texas vs. Melissa.”
And calls for leniency have grown in recent weeks: A bipartisan majority of the Texas legislature has called for mercy, as have celebrities like Kim Kardashian. But perhaps most crucially, five members of Lucio’s jury have come forward to say her execution should be stopped or she should get a new trial based on evidence they did not hear.

When she died, Mariah’s body was covered in bruises “in various stages of healing,” her arm had been broken several weeks earlier and she had a bite mark on her back, per court documents.

According to the state’s case, these injuries were the result of abuse. At trial, the medical examiner testified for the state Mariah died of blunt-force trauma to the head, calling her a “battered child.” An ER doctor who tried to resuscitate Mariah called it the “absolute worst” case of child abuse he had seen.

But Lucio — a mother of 14 — and her attorneys insist she is innocent and that Mariah’s injuries were sustained in a fall down a steep staircase outside the family’s apartment. And authorities, plagued by a misunderstanding about the fall, ignored or discounted evidence that might have proven her innocence, Lucio’s attorneys say.

Lucio never abused her children, they say, pointing to more than a thousand pages of Child Protective Services records from that time.

Those records, per her clemency petition, “tell a story of Melissa’s love for the children, as well as her inability to care for them properly,” pointing in part to the family’s struggle with poverty and Lucio’s drug addiction. But none of the CPS records, her attorneys say, indicate any of the children ever reported being abused by Lucio.

Lucio was convicted in large part, her attorneys argued, on the basis of a coerced “confession” she gave authorities in an “aggressive” late night interrogation the same night her daughter died. But Lucio’s attorneys said she only “vaguely” indicated she was responsible for her daughter’s injuries and never confessed to being responsible for Mariah’s death.

Lucio was particularly susceptible to coercion due to her status as a lifelong survivor of sexual abuse and domestic violence, her attorneys said, citing medical experts who reviewed the case.

Lucio’s legal team has offered other explanations for Mariah’s injuries, again citing medical experts: Her bruises could have been caused by her fall and a blood coagulation disorder, they say, and a fractured arm is not uncommon in toddlers, particularly one like Mariah, who had a documented history of falling.

“The reasons for doubt here are innumerable,” her attorneys wrote in Lucio’s clemency petition. “The prospect that the State might shed innocent blood for a death Melissa Lucio did not cause, much less intend, should strike righteous fury in the heart of Texans.”