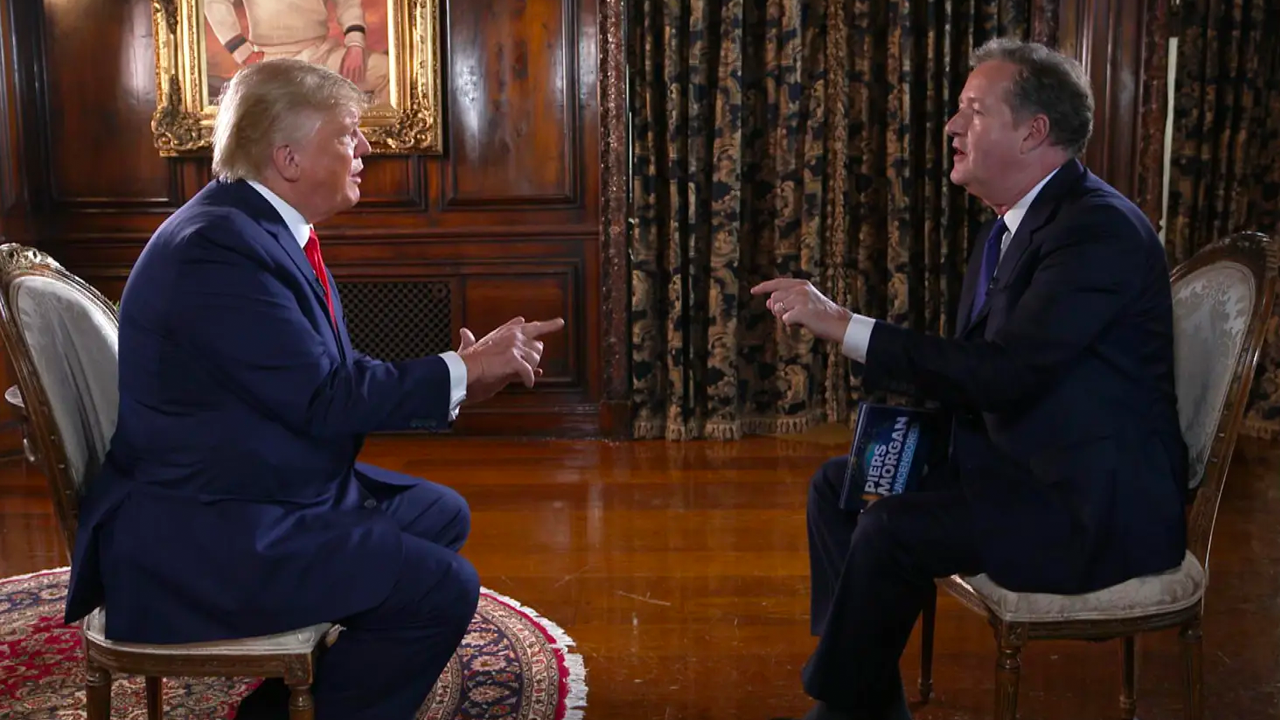 Piers Morgan: ‘I think Joe Biden is in big trouble’

“I have an amazing interview,” Morgan told “Fox & Friends,” Monday, ahead of the premiere. “It’s a really interesting interview with a man who, let’s be honest right now, if he decides to run again may well win the Republican nomination and could well be president again.”

The sit-down will cover the 2020 election results, January 6, the royal family and more.

The new show, fronted by the former Good Morning Britain and CNN anchor, will be a fearless forum for lively, intelligent debate and agenda-setting interviews; celebrating free speech and the right for people to share their views. This is the first show of its kind broadcast across three separate continents.

The new, 60-minute daily show will be broadcast in the UK on TalkTV, streamed on Fox Nation in the U.S. and aired in Australia on Sky News Australia.

Former President Donald Trump got hold of a collection of critical comments about him by Piers Morgan ahead of the exclusive interview.
(Fox Nation)

Piers said: “A year ago today, I was forced to leave a job I loved, at the peak of its success, for having the audacity to express an honestly held opinion. This shouldn’t happen in any democracy supposedly built on the principles of free speech and freedom of expression. I’m delighted to now be returning to live television with a new daily show whose main purpose is to cancel the Cancel Culture which has infected societies around the world. I want it to be a platform for lively vigorous debate, news-making interviews, and that increasingly taboo three-letter word: fun. I also want it to annoy all the right people.”

For over 30 years, Piers has interviewed the biggest stars, world leaders and personalities from Nelson Mandela, Oprah Winfrey, Professor Stephen Hawking, Beyoncé and the Dalai Lama to US Presidents: Clinton, Carter and Trump. His interviews have created news across the world and his outspoken defense of free speech has created international debate.

Everyone in the UK will be able to access TalkTV and its programming, live or on-demand, either on their television or on any personal device. The channel will be streamed live and made widely available on all platforms, including linear TV and OTT, with content available across social media as well as News UK’s own broad inventory of websites and apps.

Fox Nation programs are viewable on-demand and from your mobile device app, but only for Fox Nation subscribers. Go to Fox Nation to start a free trial and watch the extensive library from your favorite Fox Nation personalities.