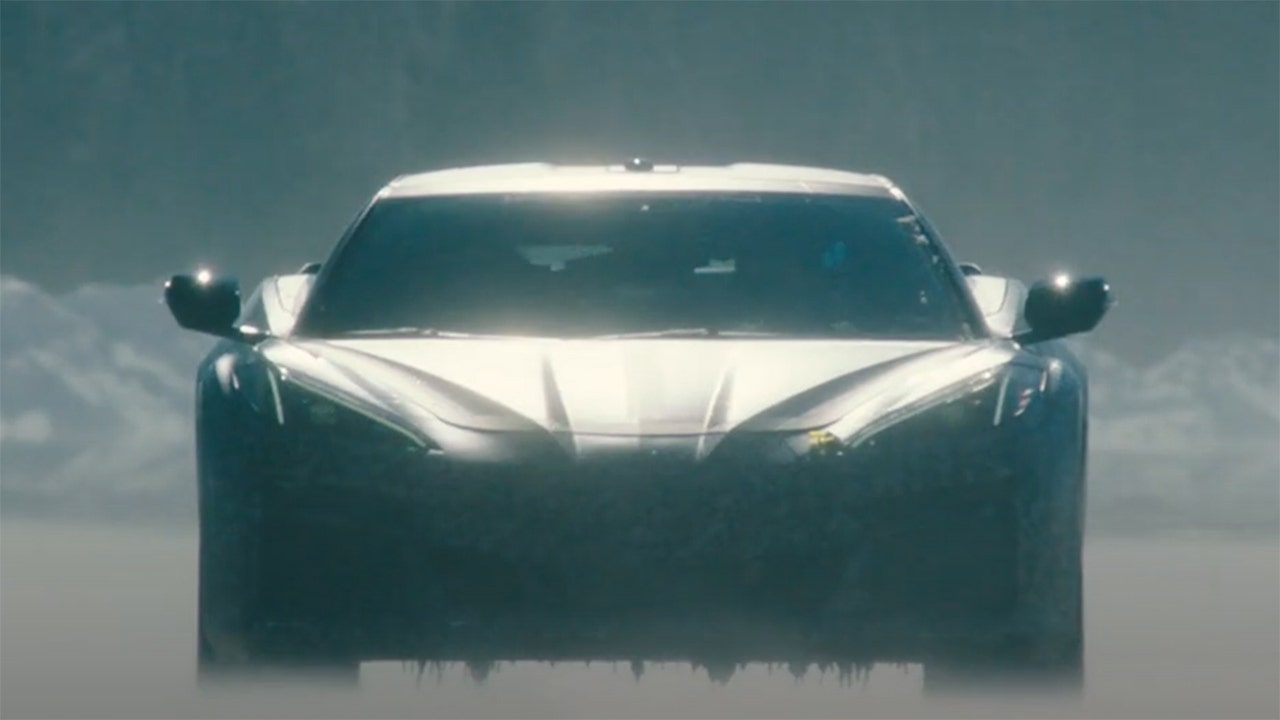 The Chevrolet Corvette is going electric … in two steps.

An electrified Chevrolet Corvette is launching in 2023.
(Chevrolet)

GM President Mark Reuss confirmed on Monday that Chevrolet is launching an “electrified” Corvette next year that will be followed by a fully-electric version at a later date.

Reuss didn’t elaborate, but “electrified” is the latest car business lingo for hybrids, so you can expect the vehicle to combine a powerful internal combustion engine with one or more electric motors.

The electrified Chevrolet Corvette is equipped with all-wheel-drive.
(Chevrolet)

The new mid-engine Corvette’s chassis uses a backbone design that is large enough to accommodate a battery pack down the center.

A teaser video of a prototype being tested at a cold weather facility also reveals that it is equipped with an all-wheel-drive system, as the front wheels can be seen spinning in the snow under hard acceleration.

A fully electric Corvette will follow the hybrid model at a later date.
(chevrolet)

A number of high performance mid-engine hybrids, including the Acura NSX and Ferrari SP90 Stradale, combine mid-mounted engines driving the rear wheels with electric motors dedicated to the front wheels, so it’s likely the Corvette will feature a similar layout.

An undisguised prototype of the hybrid Corvette was spotted being tested last year.
(Spiedbilde)

Reuss added that the fully electric Corvette would be based on the automaker’s new Ultium electric platform that underpins the GMC Hummer EV and upcoming Cadilac Lyriq, which suggests it could be an entirely different vehicle than the current model.

General Motors filed a trademark for the E-Ray model name in 2015, but has not said if it plans to use it on either of the new Corvettes.