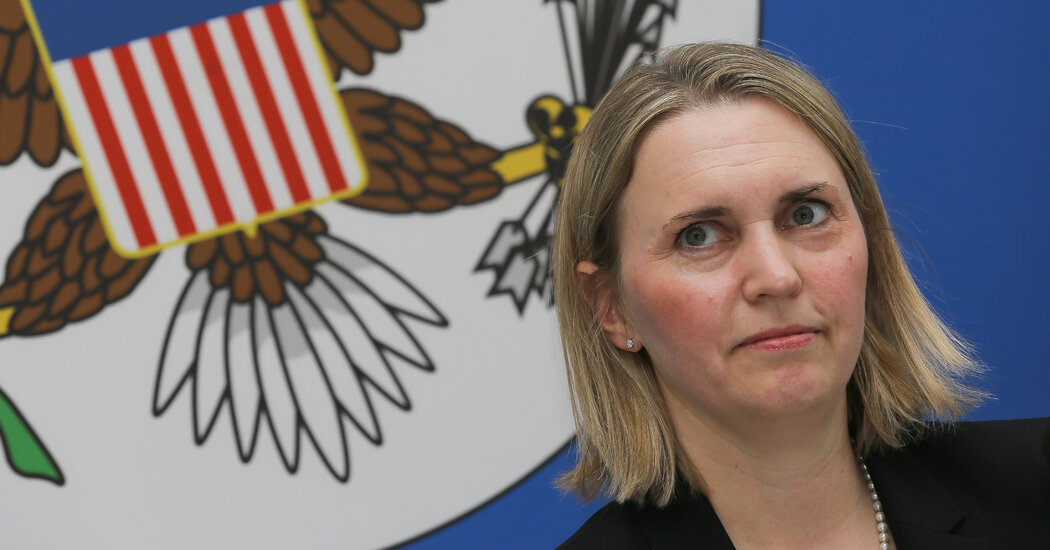 President Biden nominated Bridget Brink as the U.S. ambassador to Ukraine on Monday, which would fill a position that has remained empty for more than a year despite the critical importance of the American relationship with Ukraine.

The news was relayed to the Ukrainian government on Sunday as Secretary of State Antony J. Blinken and Defense Secretary Lloyd J. Austin III met with President Volodymyr Zelensky.

The delegation also said the United States would move to reopen its embassy in Kyiv, according to the officials.

Ms. Brink’s nomination will end a delay that career diplomats have said would be baffling even in more tranquil times. The Ukraine ambassadorship has lacked a full-time occupant since 2019, when President Donald J. Trump unceremoniously removed Marie L. Yovanovitch. Shortly after, William B. Taylor Jr., a retired veteran diplomat, stepped in on a temporary basis until early 2020. The post has remained empty during the Biden administration even as dire warnings were issued last year that Russia was planning to invade Ukraine.

Ms. Brink has been a Foreign Service officer for 25 years, largely focusing on Europe and Eurasia. She was appointed to be the U.S. ambassador to Slovakia by Mr. Trump in 2019 and has served in two other former Soviet republics: Uzbekistan and Georgia.

The U.S. mission in Ukraine has been managed by the chargé d’affaires, Kristina A. Kvien, a respected diplomat.

“It will be great to have a Senate-confirmed ambassador out there who clearly has the authority to speak to the president,” Mr. Taylor said. He added that Ms. Brink would likely have bipartisan support in Congress because a large number of Republican senators have been backing Mr. Biden’s efforts on Ukraine.

If confirmed, Ms. Brink will assume her role at a pivotal time in U.S.-Ukraine relations. She visited the Ukrainian-Slovak border the day after Russia’s invasion and said she had been “closely monitoring” the provision of aid from Slovakia to Ukraine.

At the same time, he said, “everybody understands the security concerns.”