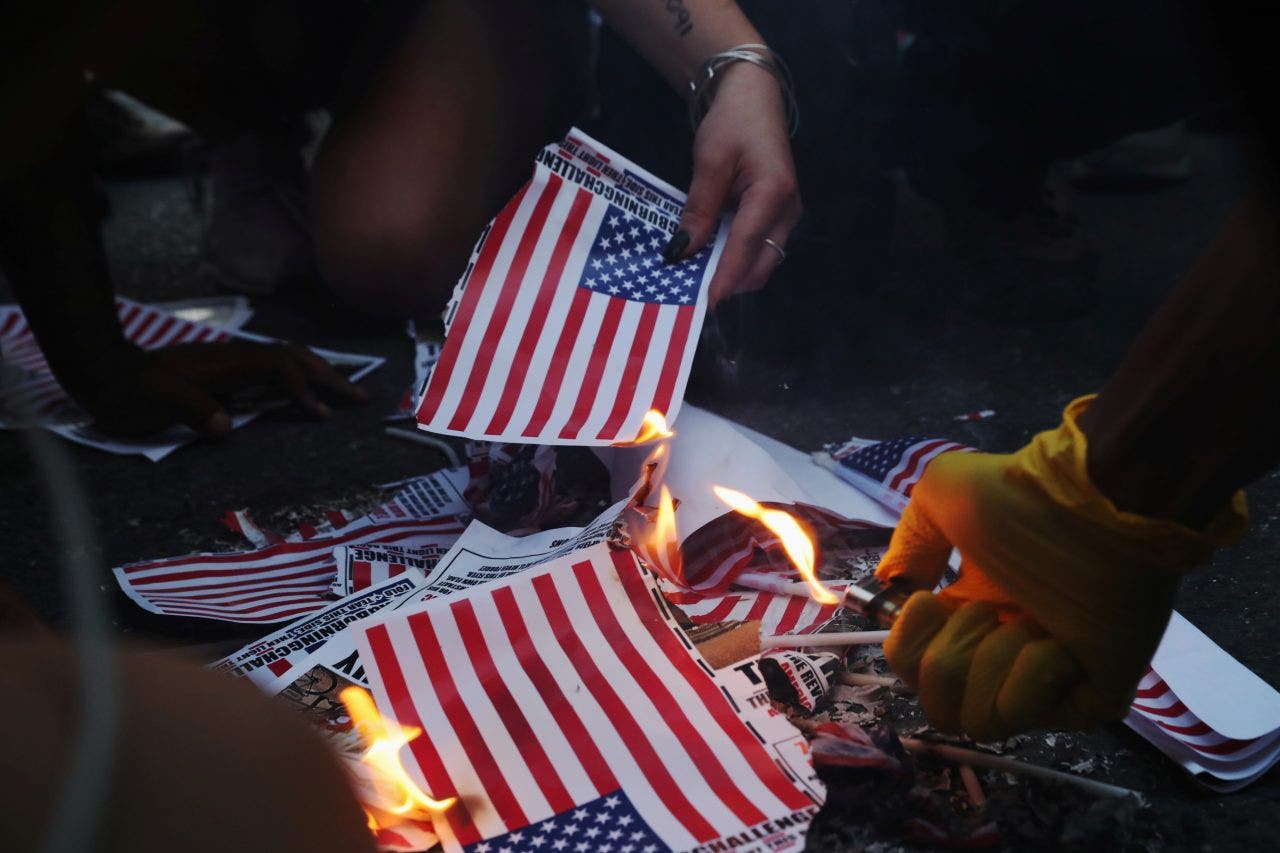 Author and Fox News contributor Douglas Murray’s new book “War on the West,” out Tuesday from Broadside Books, exposes a terrible reality: Westerners are waging an assault on themselves.

“[W]hat we have seen in recent decades in the West has been a grand project of deconstruction and destruction fueled by resentment and revenge,” Murray writes. “This is a very unusual game to be playing. No societies outside the West are engaged in the same self-scouring enterprise.”

Murray chronicles how the anti-West movement has moved from the fringes of academia into the mainstream. Today, many Americans are convinced we are an irredeemably evil nation full of inherently racist people. This “monstrous” perception has been cultivated by our schools, cultural institutions, corporations and media, and magnified.

“This is a mind virus that America is exporting,” Murray tells Fox News. “The rest of the West is catching an American disease of self-hatred and ridding ourselves of our pasts.”

Young people in particular are susceptible to this virus, says Murray.

“I feel very, very bad for those young people, because they will waste potentially years of their lives fighting against imaginary dragons,” Murray said.

Murray recounts numerous examples of what he calls “the vengeful spin cycle” that Western societies are caught in, a cycle that mangles and purges anyone and anything with a hint of sin, either real or perceived. Neither Winston Churchill, nor math, nor botanical gardens, to name just a few, are spared from being crushed by the “steamroller of modern political fashion.” Though, as Murray points out, Karl Marx notably is.

These days it is “more important to send the right signals than to be right on the facts,” Murray observes. That’s largely because the dogmas of this era are “neither provable nor disprovable.”

WHAT CANCEL CULTURE IS REALLY ABOUT, AND HOW ONE CRITIC SAYS TO FIGHT BACK

The system being constructed by anti-Westerners today “is entirely opposed to the idea of rationalism and objective truth; a system dedicated to sweeping away everyone from the past as well as the present who does not bow down to the great god of the present: ‘me.’”

“It’s up to adults and parents everywhere to fix this,” says Murray. “It’s not going to be solved by electing any particular person. It can only be solved by adults everywhere deciding to stand up and say, ‘No, we know some things that are true, and we are going to correct your lies.’”

How did the West get here, and more importantly, why?

“The assault on the West’s history succeeds because it speaks into a vacuum of vast historical and contemporary ignorance,” Murray explains. Bad actors such as Ibram X. Kendi, author of “How to Be An Antiracist,” and Nikole Hannah Jones of “The 1619 Project” can make bad faith arguments with impunity and rewrite the Western tradition as something that is “embarrassing and anachronistic [and] shameful.”

Archbishop Bernard Hebda lights a censer while blessing the fire and the Paschal candle ceremony at the Cathedral of St. Paul in St. Paul, Minn., April 16, 2022.
(AP Photo/Giovanna Dell’Orto)

The West’s withdrawal from Christianity has left another vacuum, Murray argues, now being filled by the religion of antiracism.

“[T]his new religion constitutes something to do,” writes Murray, and is appealing because it gives people “the opportunity to treat other people badly beneath the guise of doing good.”

Also driving this war on the West is the character of its crusaders. Murray describes them as resentful, vengeful, ungrateful and “mostly ignorant.” Their destructive actions allow them “to place themselves at the center of all things, to expect recompense forever and never to have to look to themselves to address anything.”

A group of protesters burn American flags and leaflets with the flag, even as other protesters disagreed with the act during a protest against racial inequality and police violence near Black Lives Matter Plaza in Washington, D.C., July 4, 2020.
(REUTERS/Leah Millis)

Murray writes of what he sees as the cowardice behind their tactics.

“[R]aking over the past, and judging it as harshly as possible, seems to be so much easier than doing anything practical about problems that face us all today,” he writes. For example, “What might practically change for people today if we spent even a portion of the time that we focus on past slavery instead on present day slavery?”

How does the West, which today finds itself so “self-hobbled” by its own “demented behavior and permissible bigotry,” begin to turn this tide?

“I want Americans, particularly white Americans, to realize they don’t have to fall for the traps that they are being invited into,” says Murray, “which is to be persuaded that to be born White is to be born evil and to be born in America is to be born sinful.”

Murray resoundingly rejects this lie in his conclusion, with a sweeping account of the remarkable goodness that the West has contributed to humanity.

“Into the silence left by the impossibility of saying what is true, anything and everything can roam,” Murray warns. “War on the West” is his contribution to filling that silence with truth.