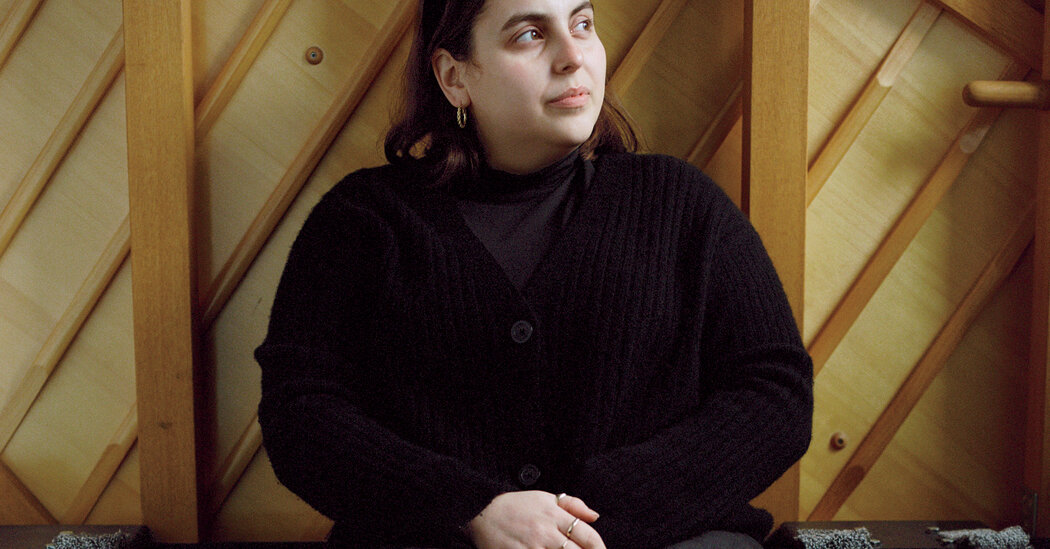 The entire audition for “Funny Girl,” which comes to Broadway this month, was over Zoom. It was a very private process for me because playing Fanny Brice [the plucky real-life early 20th-century actress at the center of Jule Styne, Bob Merrill and Isobel Lennart’s 1964 musical] has been my dream forever, and I thought if I mentioned to people that I was auditioning, my longing for the role would grow too much. I couldn’t get my mom’s hopes up like that. So I just didn’t tell anybody. The only person who knew was Liz Caplan, who’s been my voice teacher for nearly a decade. Beginning in September, we started working together on this show twice a week, mostly over FaceTime. My voice was really, really exhausted from filming “Impeachment: American Crime Story,” where I played Monica Lewinsky, so a lot of what Liz and I had to do was just rebuild it.

Sometimes, the lesson will be a full 45 minutes of vocalizing: just scales and warming up. Early on, I didn’t put much of my actual personality into the numbers; a lot of that came during the rehearsal process. You want to leave interpretation open because you don’t want to get locked into a specific expression of a song and then get into the room and not be in line with what the team wants. My lifelong favorite number from the show has always been “Don’t Rain on My Parade,” but I think “People” is one of the most beautiful songs ever written.

I love expressing myself through song, but I don’t necessarily find singing easy. It doesn’t flow out of me. I had a lot of vocal issues as a kid — there were nodules on my vocal cords when I was 9 — so I have a lot of fear surrounding singing. But the moment someone tells you that you can’t do something, your whole life snaps into place.

To have these creative geniuses, like Styne or Stephen Sondheim, who bring story through song in such a gifted way … the genius is right there, and I just have to present it.

I don’t know if I think of myself as an artist. Creativity flows out of my mom and brother [the actor Jonah Hill] so easily. My dad’s very practical, and I feel like I’m straddling those two ways of being. But I think an artist is a storyteller who’s hoping to shift ideologies. “Impeachment” was a show that had purpose: to show the humanity of someone whose humanity had been ripped away from her. It’s not just telling a story but doing so in order to shift the societal tectonic plates of how we think and absorb. Even if it’s tiny or for a laugh or through a dance number, that’s what I try to do.

I simply wouldn’t have a career if it weren’t for Fanny Brice. She was a trailblazer who busted open glass ceilings with applause and laughter. We’re 100 years from when her story took place, but for a Jewish woman who didn’t look like the rest to say, “You’re going to listen to me right now,” is amazing, even in the context of today. That’s what I watched Bette Midler do, night after night, when we did “Hello, Dolly!” on Broadway together in 2017. She was 71 and never sat down; she’d be practicing the way she put her purse down or the way she took off her coat onstage. The reason we all think of her as divine is precisely because she works so hard and is the most prepared person. I’ll think about that every day during “Funny Girl.”

This interview has been edited and condensed.