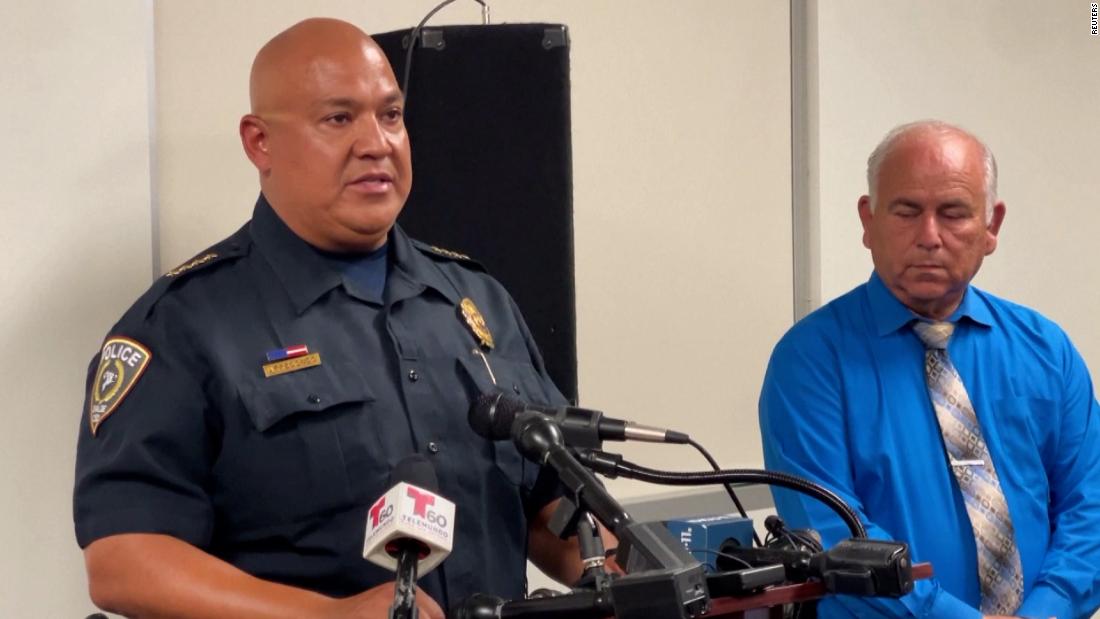 Col. Steven McCraw, Texas Department of Public Safety director, didn’t mention the official’s name at a news conference Friday, but said he made the “wrong decision” to not engage the gunman sooner.

“A decision was made that this was a barricaded subject situation,” McCraw said of the incident commander’s “thought process” at the time.

At the same time, children inside Robb Elementary School classrooms 111 and 112 in Uvalde repeatedly called 911 and pleaded for help, he said. They were in the middle of the deadliest school shooting since the 2012 Sandy Hook massacre.

“From the benefit of hindsight where I’m sitting now, of course it was not the right decision,” McCraw said of the supervisor’s call not to confront the shooter. “It was the wrong decision. Period. There’s no excuse for that.”

Pressed by reporters whether Arredondo was on the scene during the shooting, McCraw declined to comment.

CNN attempted to reach Arredondo at his home on Friday, but there was no response.

At the news conferences, Arredondo stated the gunman was deceased, but provided little other information on the massacre, citing an “active investigation” and taking no questions from those gathered.

Arredondo has nearly three decades of law enforcement experience, according to the school district, and was recently elected to a seat on Uvalde’s city council.

A board of trustees for the school district approved Arredondo to head the department in 2020. The district’s superintendent, Hal Harrell, said in a Facebook post at the time the board was “confident with our selection and impressed with his experience, knowledge, and community involvement.”

Arredondo told the Uvalde Leader-News after his appointment he was happy to return to work in his hometown and he wanted to emphasize education and training at the police department. “We can never have enough training,” he told the newspaper.

In March, Arredondo posted on Facebook his department was hosting an “Active Shooter Training” at Uvalde High School in an effort to prepare local law enforcement to respond to “any situation that may arise.” A flyer for the event he posted stated topics covered would include priorities for school-based law enforcement and how to “Stop the Killing.”

Arredondo previously served as a captain at a school district police department in Laredo, Texas, and in multiple roles at the Uvalde Police Department.