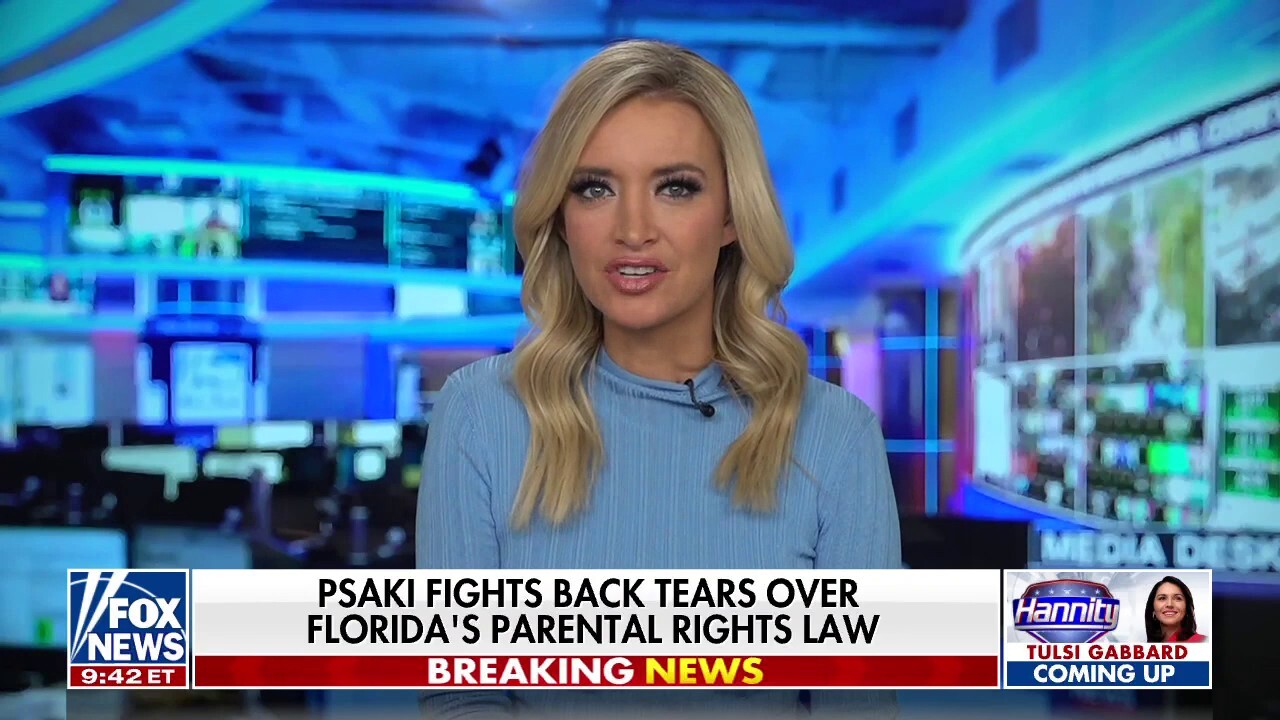 KAYLEIGH MCENANY: The left has a sick obsession with their children. Just today, think about the last twenty-four hours for the White House. They want to force face cloth coverings on two–year–olds on airplanes and teach them about sexuality and gender ideology in kindergarten. I mean, when my daughter goes to school, I don’t want her learning about those things coming home and … being taught things that I then have to explain to her and have all the issues to cry and get upset about Sean. There’s a war in Ukraine. There is bloodshed in our streets, children literally dying on the streets from crime that is totally out of control and rampant. There is COVID, where more Americans have died on Joe Biden’s watch than on President Trump’s. There is a lot to cry about, namely if you want to cry about one issue in this country right now. I think the press secretary should cry about the 62 million children that do not exist that have been aborted because of Roe v. Wade, a heinous, heinous decision in this country that has exterminated about one-fifth of the United States population. So if you want to cry, don’t cry about forcing sexuality on kindergartners. That is sick. Cry about the 62 million children who can’t even go to kindergarten.