Jerrod Carmichael Wears the Truth in His HBO Comedy Special 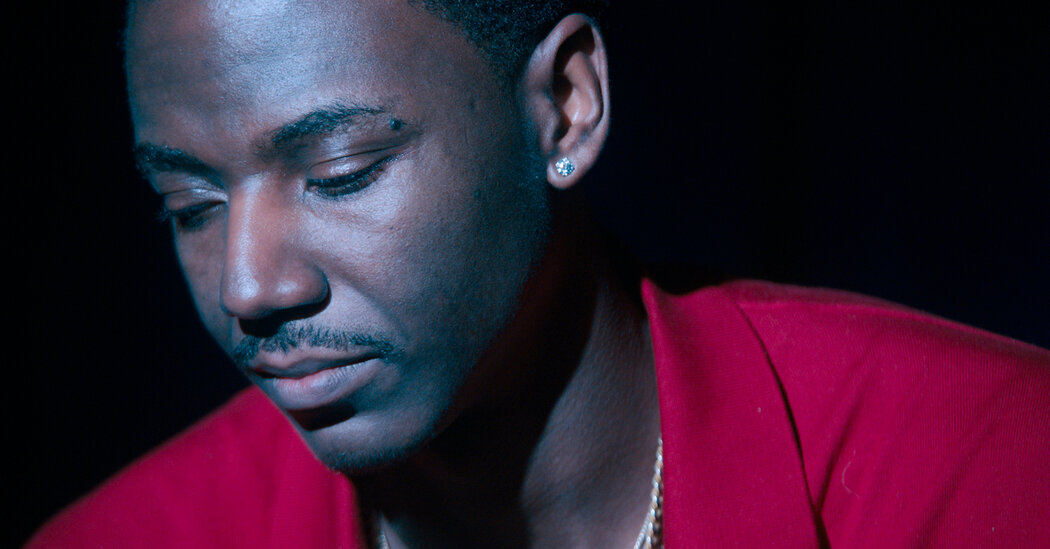 That was the evening’s other remarkable detail. It’s just a red, long-sleeve polo sweater that he wears with a pair of gold chains, black loafers and dark slacks that are all but tucked into a pair of creamy-looking socks. He looks simultaneously ready for bed, the office and “The Santa Clause 5.” It’s soft, this sweater, light as a T-shirt and maybe a size too big, yet it hangs on his svelte frame like it’s on sale somewhere chic. You want one. But who’s going to wear it better, or more evocatively?

The sweater’s the color of outfits his forefathers donned, in 1983, doing standup at and near their zeniths. Richard Pryor spends “Here & Now” in a drab green suit whose pants karate-belt in the front. The red shirt he pairs it with has two white buttons; the shoes match. The vibe here breaks radically from Carmichael’s. Pryor has to contend with a rowdy New Orleans audience that he enjoys taming. The interruptions never stop. And Pryor expertly, hilariously, fields so many incoming two-cent interjections that he’s as much a fountain as a superstar.

But what Carmichael’s red shirt really brought to mind was Eddie Murphy’s red leather suit in “Delirious.” Murphy has the jacket unzipped to his navel, inviting you to take in the chained medallion that decorates his hairless chest. A black disco belt hangs unlooped so that the metallic arrowhead tip sits down at his crotch and doubles as a penis. It’s pure ostentation, as if a Ferrari had at last gotten its wish to become Rick James. Murphy prowls the stage like a lion — and mauls like one, too. “Faggots” are his opening move. He fearfully imagines servicing a gay Mr. T and acts out what kind of lovers the best buds on “The Honeymooners” would make. There’s more. But also less, judging, at least, from the stupendous droop of my mouth.

I must have watched “Delirious” a dozen times before I was 10. I knew what my deal was and that “faggot” seemed to sum up and toxify it. I remember finding the middle section, about Murphy being little, a riot. (It still is, in part because he’d located something about the moments of joy in poor, Black childhoods that felt true for lots of other children.)

The umbrage taken over “Delirious,” in some sense, is settled. Murphy earnestly atoned for his homophobic arias 26 years ago and called that material “ignorant” in 2019. But a memory’s a memory. And mostly what I remember is the suit, the red of it, the fire, the warning, the alarm: Don’t be like Mr. T in Eddie Murphy’s porno. And yet, it was never lost on me that, in a sense, all Murphy’s doing in this bit is offering a literal description of the sex men can have with each other. But in 1983, at the beginning of the AIDS epidemic, the alleged grossness of that intercourse — of gay people — is a rambunctious given. Murphy plugs his electric bewilderment into a packed concert hall’s socket. He presents his targets in their regular, manly personas — growling, gruff, goofy. He was 22 at the time, and what brings down the house during this spree of jokes is a panic about a virus of gayness and how it could infect someone as certifiably macho as Mr. T, a man awash in feathers, gold and vests.