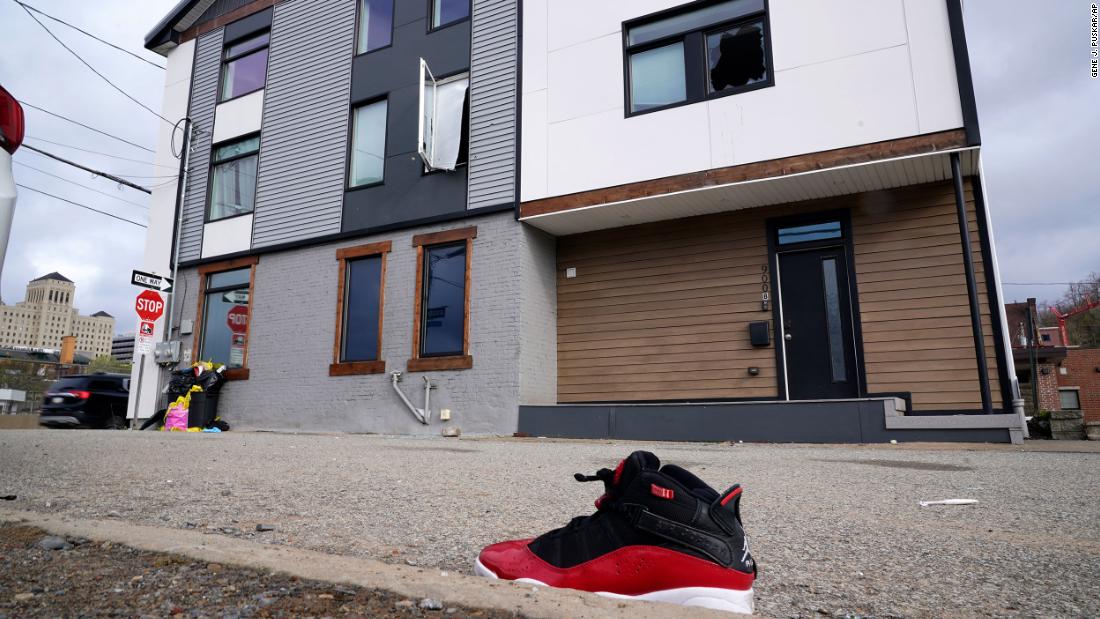 The 17-year-old victims died at a hospital after the shooting early Sunday in the city’s East Allegheny neighborhood, authorities said.

Investigators say multiple shooters were involved in the incident at a property rented through short-term rental company Airbnb.

“It’s heartbreaking to see that level of violence, with that many people in that place,” Pittsburgh Police Chief Scott Schubert told CNN Tuesday.

Nine people were shot and five others were injured while running from the gunfire, authorities said. Police initially reported eight people were shot but revised the number to nine on Tuesday after learning the victim was taken to a hospital “by private means,” according to a statement.

The ninth victim, a male, arrived at the hospital in stable condition, the statement said.

Steffy-Ross was a senior at Grace Non-Traditional Christian Academy, the school said in a statement. Steffy-Ross “was kind, respectful, and considerate of others,” according to school CEO Terrie Suica-Reed.

“He loved music and had a promising future,” she added.

“We are devastated by the loss of one of our students over the weekend and we extend our deepest sympathies to the family impacted by this senseless violence,” the school district said in a Facebook post. Castagna said the school will offer counseling services.

The victims were identified by the Allegheny County Medical Examiner’s Office one day after Schubert appealed to the hundreds of people who attended the party to come forward with information about the shooting.

“Obviously, when you have that many people there, there’s more that can come forward and they need to think about the fact that this could be friends and people they knew that were involved as victims, and we need to get these shooters off the street,” Schubert told CNN.

As many as 200 people attended the party, most of whom were underage, the city said in a news release.

Some people who were at the scene have cooperated, the chief said. Authorities are still looking for multiple shooters based on the different caliber shell casings at the scene, he said.

“We’re trying to piece everything together. We’re asking for cooperation of the public and those who were there on what they saw, what they heard, any videos, any pictures to come forward and help us with the investigation,” he said.

Detectives were diligently looking at video and doing “everything they can,” Schubert told CNN.

The terrifying moments some teenagers experienced as they ran away from the gunfire were recorded on a Facebook Live video.

In the video, a male partygoer is heard screaming, “He got the gun! Get the f**k out,” as he tries to warn his friends of what’s happening. “He’s about to shoot!” he also screams.

Panic ensues and several teenagers are seen crammed together and rushing toward an exit before shots are heard.

The video then shows frantic teens ducking and tripping over each other as they rush out a door.

The shooting took place around 12:30 a.m. ET, and as police arrived at the scene, they saw several young people running from the area, officials have said.

Investigators are still working to determine what led up to the shooting, however, Schubert said some sort of altercation occurred when gunshots were exchanged.

Schubert called the scene chaotic, with more than 90 rounds from multiple guns fired both inside and outside of the home.

“You had people who were fleeing, just trying to get out of there,” the chief said.

“As many as 50 rounds were fired inside, prompting some party-goers to jump out the windows, sustaining injuries such as broken bones and lacerations. Several more shots were fired outside the home,” the news release said.

“Here we are at Easter, and we have multiple families, two that won’t see a loved one,” the chief said.

Schubert told CNN most of the people at the party were juveniles but there were some adults there.

Police visited the property just 90 minutes before the shooting in response to a noise complaint, Pittsburgh Police said in a news release Monday.

When an officer arrived at the address, a male answered the door, the release said. The officer asked for the homeowner and “was told he was upstairs,” police said.

“That male came downstairs to the ground floor door to meet the officer,” the statement said, “as the habitable and visible part of the house where the party was held is on the second floor, out of view of the door.”

“He was asked to turn the music down and he complied with the request. The officer told him if police were called back to the address again they would have to shut the party down,” the release said.

There were no further noise complaint calls to that address, police said.

Schubert told CNN Tuesday that during the noise complaint call “nothing stood out to give an appearance of something that was wrong, and the officers went back in service.”

The person who booked the property where the party took place has been banned from the platform for life, Airbnb said in a statement to CNN. Company officials said they “condemn the behavior that is alleged to have prompted this criminal gun violence.”

Airbnb reached out to the Pittsburgh Police Department and Mayor Ed Gainey’s office, it said in the statement.

Airbnb notes parties are not allowed as part of its rental agreements and this was “an unauthorized party, thrown without the knowledge or consent of the host.”

Users must be 18 or older to create an account with the platform, Airbnb noted, adding it is “considering all legal options” against the person who booked the rental.

“We share the Pittsburgh community’s outrage regarding this tragic gun violence. Our hearts go out to all who were impacted — including loved ones of those who lost their lives, injured victims and neighbors,” Airbnb said in the statement.

Correction: An earlier version of this story incorrectly described the status of the investigation. Police say multiple shooters were involved.