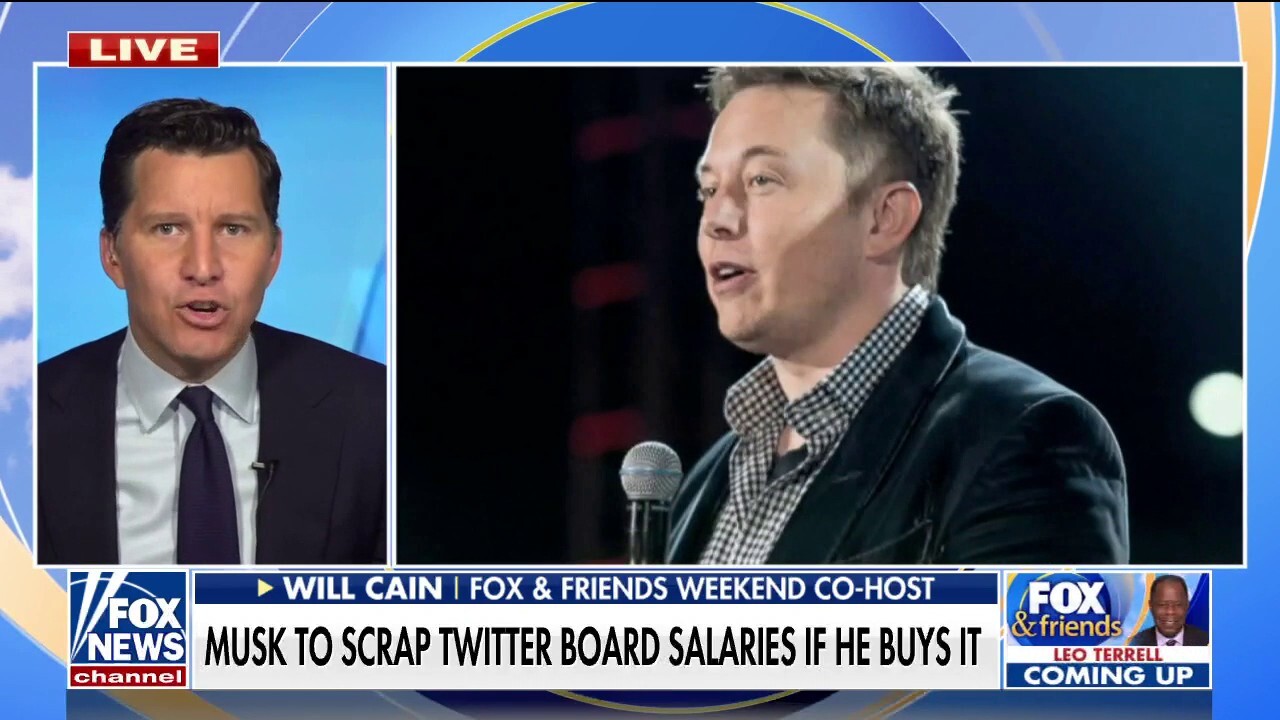 “Fox & Friends Weekend” co-host Will Cain accused Twitter of valuing censorship over profit on “Fox & Friends,” Monday, as Elon Musk promises to scrap Twitter board members’ salaries if his bid to take the company private succeeds.

JOE ROGAN RALLIES BEHIND ‘THE GREAT ONE’ ELON MUSK AMID TWITTER TAKEOVER FIGHT: ‘EVERYONE IS SO EXCITED’

WILL CAIN: Let’s just take one moment and say, here’s an American for a publicly traded corporation here who places something above greed. Can you imagine? Places something above greed in this case? Unfortunately, what they place above greed is censorship. And look this to me, Steve is a bigger takeaway than a story about Twitter, which a very small percentage of our population actually uses. What it reveals is there is a system in place controlled by an elite minority of people who have a protected interest, and that interest to them is so valuable that money cannot touch it. It is an interest that has allowed them to influence elections, influence our choices we make for our mind and our body, and that control, that lever, that censorship button, is so important to them that they’re willing to set aside potential profit, risk lawsuit, and absolutely beclown themselves on the world stage by saying no and in fact, tanking their company. That poison pill represents a dilution of shares for Twitter, tanking their company, to never, ever, ever let go of that button of censorship.

WATCH THE ENTIRE INTERVIEW FROM “FOX & FRIENDS” BELOW: