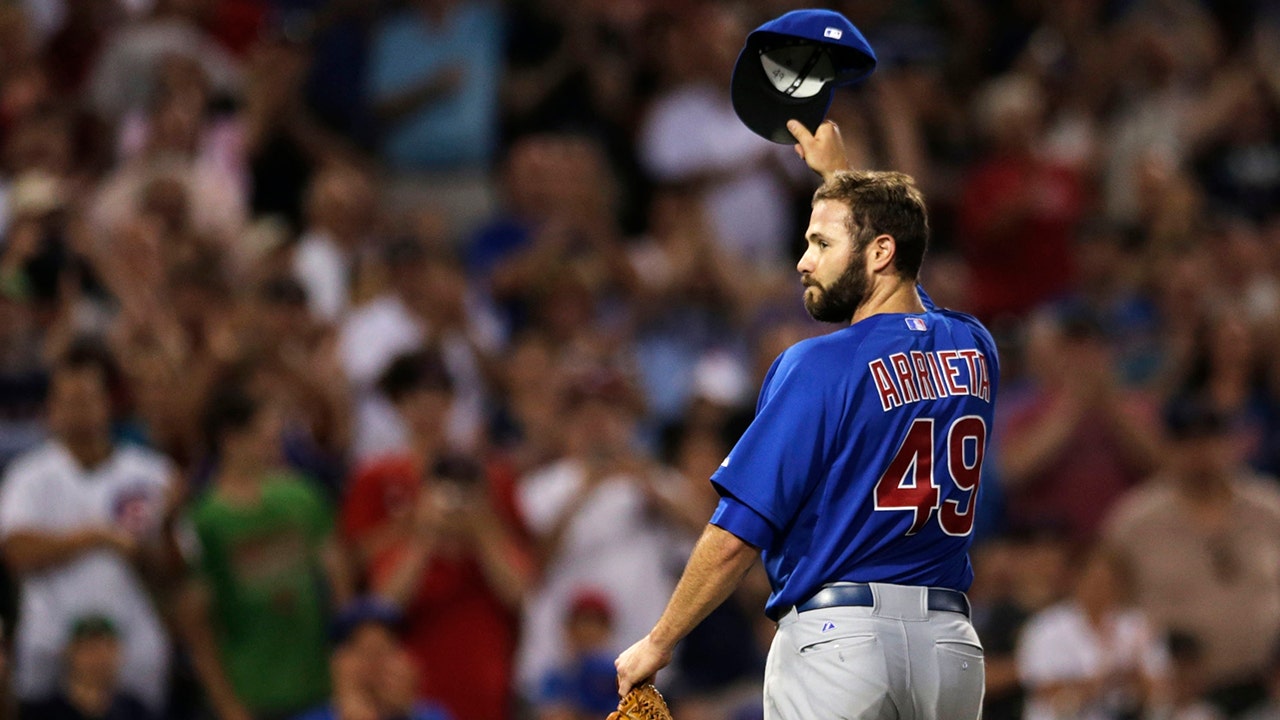 Arrieta made the announcement during a Barstool Sports podcast.

“I haven’t signed the papers, man, but I’m done. It’s time for me to step away from the game,” he said. “At some point the uniform goes to somebody else and it’s just my time, really.”

FILE – Chicago Cubs starting pitcher Jake Arrieta tips his cap as he gets a standing ovation from Red Sox fans after carrying a no-hitter to the eighth inning of a baseball game at Fenway Park in Boston, Monday, June 30, 2014.
(AP Photo/Charles Krupa, File)

Arrieta won the NL Cy Young Award with Chicago in 2015 and helped the Cubs win the 2016 World Series for their first championship since 1908.

He was first acquired by Chicago in a July 2013 trade with Baltimore, a key move in the franchise’s rise from the bottom of the NL Central to one of the majors’ best teams.

Arrieta also performed well in the postseason during his first stint with Chicago. He tossed a five-hitter in the Cubs’ 4-0 win at Pittsburgh in the 2015 NL wild-card game. And he won both his World Series starts at Cleveland in 2016, compiling a 2.38 ERA in 11 1/3 innings.