The climate crisis is supercharging rainfall in hurricanes, scientists report 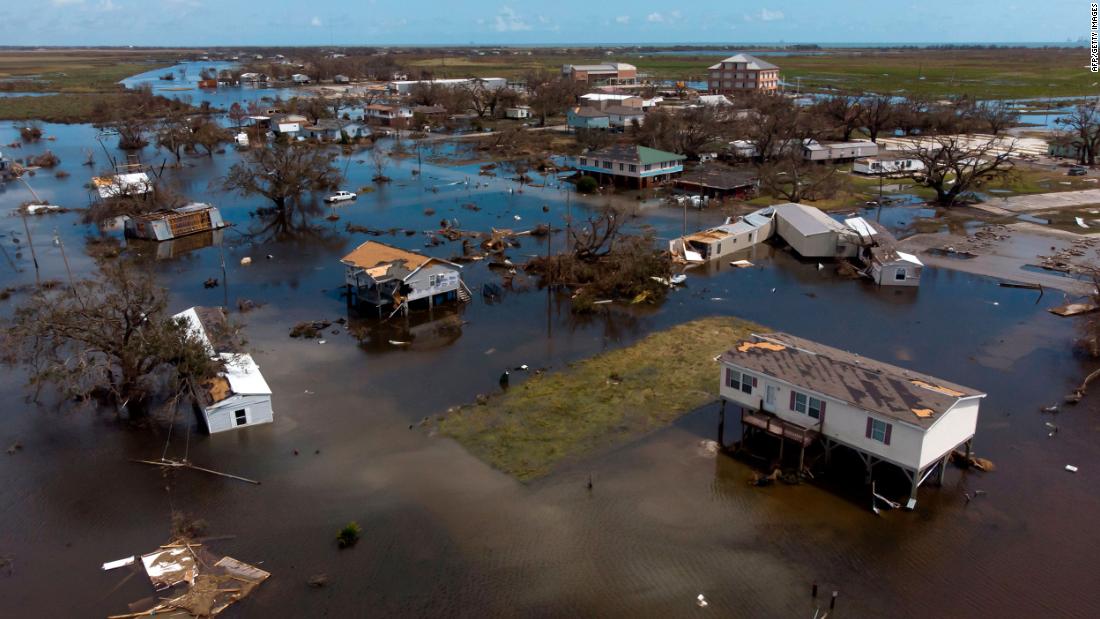 The study, published in the journal Nature Communications, found global warming supercharged hourly rainfall rates in tropical storms and hurricanes by 5 to 10%. When they looked at only hurricanes — the strongest storms — the increase was 8 to 11%.

Hurricanes — also called tropical cyclones or typhoons outside North America — are enormous heat engines of wind and rain, feeding on warm ocean water and moist air. And scientists have become increasingly confident over the years the climate crisis is making them more potent.
Behind storm surge, flooding from rainfall is the second-biggest killer in landfalling hurricanes and tropical storms. Tuesday’s study suggests the threat has already been increasing over the past few decades, and will likely increase more in the future, because warmer air can hold more water vapor, which leads to higher rainfall rates.
The 2020 Atlantic hurricane season was the most active on record, with 30 named storms. The season tore through the alphabet so quickly, officials had to use Greek letters as names starting in September. Twelve named storms made landfall on the US coast, including Laura and Delta, which devastated parts of the Gulf Coast.
The science of climate change attribution, which focuses on how much of a role human-caused global warming played in certain extreme weather events, has made significant advances in the past decade, according to the UN’s Intergovernmental Panel on Climate Change. As humans continue to pump greenhouse gases into the atmosphere, the Earth will continue to warm and hurricane impacts will become worse, scientists say.

Allison Wing, a climate researcher at Florida State University, told CNN the study aligns with what scientists have predicted.

“This study, consistent with expert assessment, implies that hurricane rainfall will continue to increase with future warming,” Wing told CNN. “Overall, this study adds to our expectation that in a warmer world, we are more at risk from stronger, wetter storms.”

And as climate change accelerates, Reed said he expects the strongest storms to have an even higher rainfall rates.

“What’s important to know is that if Hurricane Katrina existed in 2022, if that happened in this upcoming season, the rainfall from that storm would be more than it was in 2005,” Reed said. “All of these historical records that we’ve understood in the past; when New York is planning to make sure that the impacts of Hurricane Sandy don’t happen the same way they did in 2012, we have to plan for what Hurricane Sandy would look like in 2030, or 2040.”

Unless the world changes course and drastically cuts the use of fossil fuels, Reed said people should expect progressively worse effects from hurricane season.

“Climate change is not just a problem 70 years from now; climate change is here and it’s impacting our weather on a day-to-day basis,” Reed said. “We need to adapt and make our systems more resilient, but we have to use this as a sense to inform decision-making about how to reduce our reliance on fossil fuels that produce these greenhouse gases.”

Scientists in 2020 reported another significant change in US hurricanes: They are maintaining their strength long after they make landfall. Typically, hurricanes weaken once they move over land because they have lost access to the warm ocean water that sustains them. The change means areas farther inland are experiencing more significant impacts than they did in decades past.