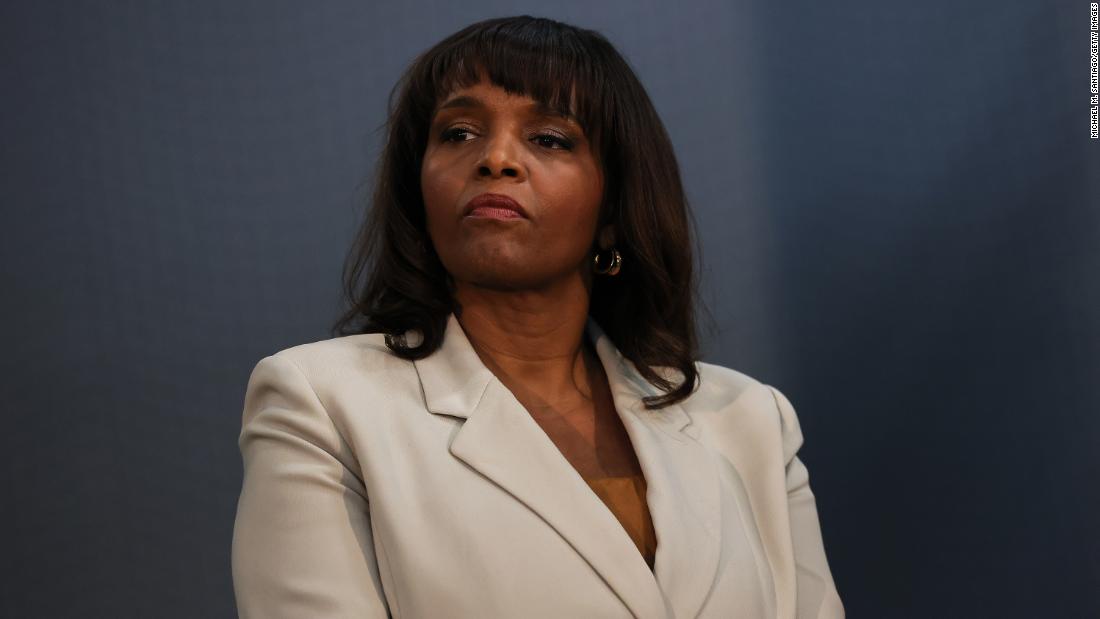 The comments came during an event in Bucks County, Pennsylvania, with Barnette and Republican gubernatorial candidate Doug Mastriano. Members of the media were barred from attending the event, but an event attendee offered a recording to CNN. This was not the first time either candidate barred journalists from events — both have been consistently dodging reporters in the final days of their campaigns.
In her speech Saturday, Barnette cast her two top opponents — celebrity surgeon Mehmet Oz and former hedge fund manager Dave McCormick — as fake conservatives.

“You have Mehmet Oz, who never used his public platform to push any of our America First agenda. He has never. And now we are being told he is a MAGA conservative. Never,” she said, before attacking McCormick for the ties the hedge fund he previously led has to China. “You cannot be in bed with China financially if you are not also in bed with China ideologically. … And yet they are telling us they are conservative. Pay attention.”

McCormick on Friday portrayed his work in China as “negotiating against” the country, adding that “no one has the credentials and the toughness to go toe to toe with China like I do.”

Barnette also used a portion of her speech to respond to the way her opponents and their super PACs have been portraying the surging candidate. A CNN fact check of an anti-Barnette ad by the American Leadership Action, a pro-Oz super PAC, found that it “wildly distorts the past remarks and positions” of the candidate by tying her to the Black Lives Matter movement and beliefs about systemic racism in police departments.
“The swamp does not only consist of Democrats. I don’t know if you know that,” Barnette said in her speech, referencing the “drain the swamp” message made popular during the 2016 campaign of former President Donald Trump, who has endorsed Oz. “You can see it with what they are doing to me. Everything I said about myself, I have not exaggerated, I have not embellished. I have been very forthcoming. I have been running for 13 months, but these people are acting like I just crawled from under a rock yesterday.”

Trump’s endorsement of Oz has spurred a backlash from conservative activists in Pennsylvania, some of whom have gravitated towards Barnette because of the former President’s decision.

Trump said in a statement Thursday that Barnette was not a viable general election candidate.

“Kathy Barnette will never be able to win the General Election against the Radical Left Democrats,” he said.

Barnette also took issue Saturday with the focus on her past tweets. A CNN report found that her tweets and past appearances included anti-Muslim and anti-gay statements and pushing the false conspiracy theory that former President Barack Obama is a Muslim. He is a Christian.

“No one is talking about my old tweets,” she said. “They have got to go 10 years almost into the past to find … not a complete thought or a sentence and say this is who she is.”

Barnette also attacked Fox host Sean Hannity, who has had Oz on his show and asked him about some of her past tweets. She told the audience that Hannity is “doing exactly what he and others have said about the left, he is sowing disinformation in order to suppress our vote, in order to steal an election. That is exactly what they are doing.”

Polls have shown Barnette surging in the Republican Senate primary. A Fox poll released this week had all three candidates — Oz, McCormick and Barnette — in a virtual tie, causing consternation and worry among Republicans who believe Barnette could be a wild card in November.

“I believe the Republican Party has the best story. … We keep picking people who suck at telling our story. We do,” she said. “We keep picking the same old, same old people, thinking we are going to get a different result.”