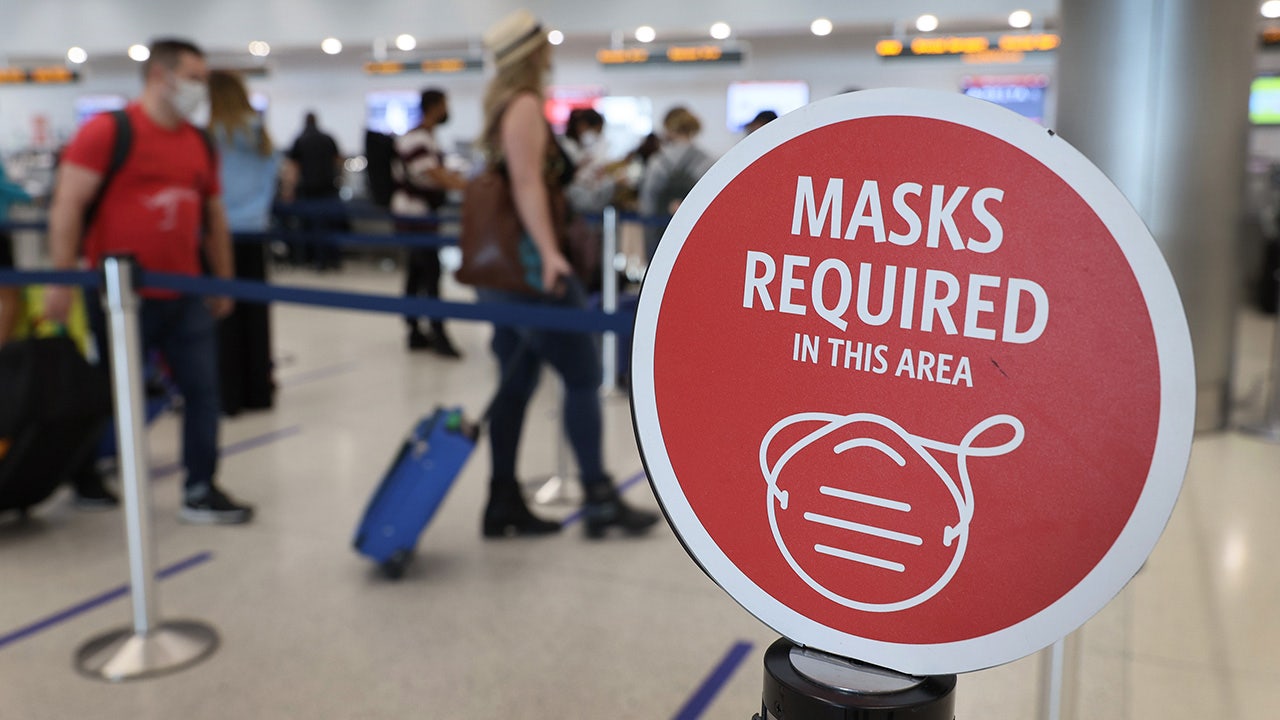 Left-leaning reporters melted down on Monday after discovering that the federal judge who voided the Biden administration’s mask mandate for public transportation is a 35-year-old female Trump appointee.

U.S. District Court Judge Kathryn Kimball Mizelle ruled on Monday that the mandate from the Centers for Disease Control and Prevention requiring travelers as young as 2-years-old to wear masks while using public transportation was outside the CDC’s authority, and ruled against the Biden administration’s mask mandate.

The ruling elicited a strong negative reaction from left-wing reporters and commentators on Twitter, who rushed to point out Mizelle’s age and background while criticizing her decision.

US COLLEGES REINSTATE MASK REQUIREMENTS, BUT EXPERT SAYS ‘THE TIME FOR MASK MANDATES IS GONE’

“Appointed to a lifetime seat at the age of 33 by Trump. Only Republican Senators approved nomination. Never tried a single case. Her husband volunteered for the Trump campaign and worked for DHS,” Business Insider’s Jacob Shamsian wrote, while progressive journalist Walker Bragman made sure to emphasize that Mizelle is a “Trump appointed judge.”

“The judge who made this ruling, Kathryn Kimball, is 35 yrs old. Was confirmed at the age of 33 during the lame duck. Judiciary matters,” Politico editor Sam Stein reacted.

“Trump-appointed judge and former law clerk for Clarence Thomas. The ABA, which ranked her “unqualified,” noted she had “not tried a case, civil or criminal, as lead or co-counsel” before her confirmation,” wrote Salon’s politics editor Sophia Tesfaye.

PBS anchor Geoff Bennett noted for his followers that “The judge behind this mask ruling — Kathryn Kimball Mizelle — was the tenth Trump judicial nominee to be rated “not qualified” by the American Bar Association.”

USA Today reporter Nick Penzenstadler took a similar line of attack, writing that the “ABA called her: ‘Not Qualified’ to serve as a federal trial court judge, noting that “Since her admission to the bar Ms. Mizelle has not tried a case, civil or criminal, as lead or co-counsel.”

Reuters congressional reporter Patricia Zengerle emphasized that Mizelle’s employer prior to her confirmation was “the most prominent law firm representing Trump and the Republican Party in their attempts to challenge the election victory of President-elect Joe Biden,” while her colleague Lawrence Hurley added that “The American Bar Association rated her “not qualified” because of her lack of experience.”

Politico cybersecurity reporter Eric Geller expressed a similar sentiment, writing “The ABA rated Kathryn Kimball Mizelle ‘not qualified.’ She is in her mid-30s and will likely continue issuing rulings like this for decades to come.”

“She is married to Chad Mizelle, who faced similar questions about his youth and inexperience … when his friend and ally at the White House, Stephen Miller, smoothed the way for him to become the acting general counsel” at DHS,” wrote Daily Kos staff writer Gabe Ortiz, highlighting an excerpt from a Daily Beast story.

“Try explaining to your friends in other liberal democracies that a single unelected, life-tenured, 35-year-old judge just abolished the air travel mask mandate for the entire country,” Slate senior writer Mark Joseph Stern added, arguing that “No peer nation would tolerate such a power-drunk juristocracy. Our system is badly broken.”

Screenwriter Michael Webber agreed, writing that “Every story about this should mention: a Trump appointed judge who only practiced law for 4 years, she’s also a member of the Federalist Society and she’s previously described Clarence Thomas as “the greatest living American.”