Record high temperatures this weekend ‘are difficult for our firefighters’ 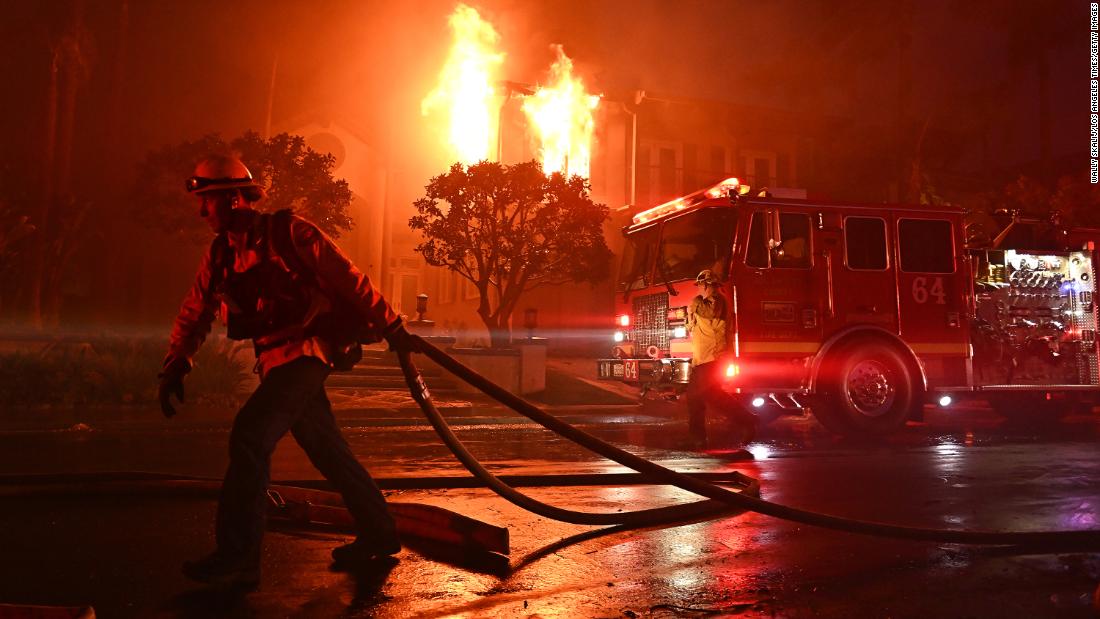 “We are expecting above normal temperatures and what that means for fires is generally unstable conditions,” Todd Shoemake, a meteorologist at the National Weather Service (NWS) in Albuquerque, New Mexico, told CNN. “So if you do start to see fire growth, a lot of times it can become pretty explosive and really rapidly gaining in power and heat.”

The cities of Albuquerque, Santa Fe, and Roswell, New Mexico all have the potential to tie or break record highs this weekend and early next week, making weather conditions at the Calf Canyon/Hermits peak wildfire even more dire.

“High temperatures are difficult for our firefighters,” said Isaac Sanchez, Battalion Chief of Communications for CalFire. “Just existing in those conditions is more difficult. Our ability to fight a fire for a long time and our firefighters endurance are all impacted.

‘When it occurs this early in May, it takes time to acclimate. But we need to be ready to fight fires at all times.”

Sanchez highlights that the fuel (vegetation) is ready to burn a lot earlier in the year than normal, “an effect of the drought and also climate change.”

Other factors are also at play, including very low humidity levels and very gusty winds. In Santa Barbara, California, temperatures on Friday are expected to be at least 10 degrees above normal with wind gusts between 30 and 40 mph, in addition to humidity levels below 25 percent.

“High temperatures during the day and lower humidity means the fuel is going to react more quickly and more readily,” Sanchez told CNN. “It creates a more receptive fuel bed.”

Essentially the heat and low humidity combined create a more hospitable environment for the fires to grow.

The hot temperatures will last well into next week when winds will pick up again, making fire danger even worse again.

“Winds will become gusty Monday and Tuesday with locally critical fire weather conditions possible in some areas,” the NWS office in Albuquerque cautioned Friday morning. “Then winds will strengthen during the middle and latter half of the week causing fire weather concerns to become more increasingly widespread.”
There are currently nine large active fires across southern US states, and have burned over 300,000 acres so far. All but two of those large fire locations are expected to see near record high temperatures at some point in the next seven days.

Any improvement in wind conditions or humidity levels will be extremely helpful for firefighters hoping to increase fire containment in the next week.

But it isn’t just the desert southwest that will see the record heat; in many Gulf Coast states, which have largely been spared by the worst of the intense heat so far, temperatures will begin to climb this weekend.

Heat expands across the southern US

However, this heat wave will expand and stretch into the upcoming week as well. Some areas of Texas could break daily high temperatures records every single day for at least the next 7 days.

Beginning Sunday, cities such as Roswell, New Mexico and Midland and Odessa in Texas will see high temperatures creep up to 100 degrees and will stay there until at least Thursday of the upcoming week.

For much of east Texas, Oklahoma, Arkansas, Mississippi, and Louisiana the concern isn’t just the temperatures themselves, but the prolonged period of time in which the heat will stick around.

Check the 10-day forecast to see how hot it will get where you live
“This will be the last week of school for many of our local kids and air temperatures will be more like July than May,” the NWS office in Shreveport said Friday morning. “Average highs are in the low to mid 80s for mid-May, but we will be a good 10 degrees over that each day. No doubt as the ground continues to dry out a few upper 90 degree readings will loom above record levels by next Friday.”

Anyone who is outside this weekend needs to take extra precautions.

“We’ve got very dry conditions which are expected through the weekend with very low humidity,” Shoemake told CNN. “So you combine the heat with those very dry conditions, dehydration can really become a quick problem. And if you’re outside, whether you’re working or exercising, take lots of frequent breaks.”