Celtics’ Marcus Smart is NBA defensive player of the year 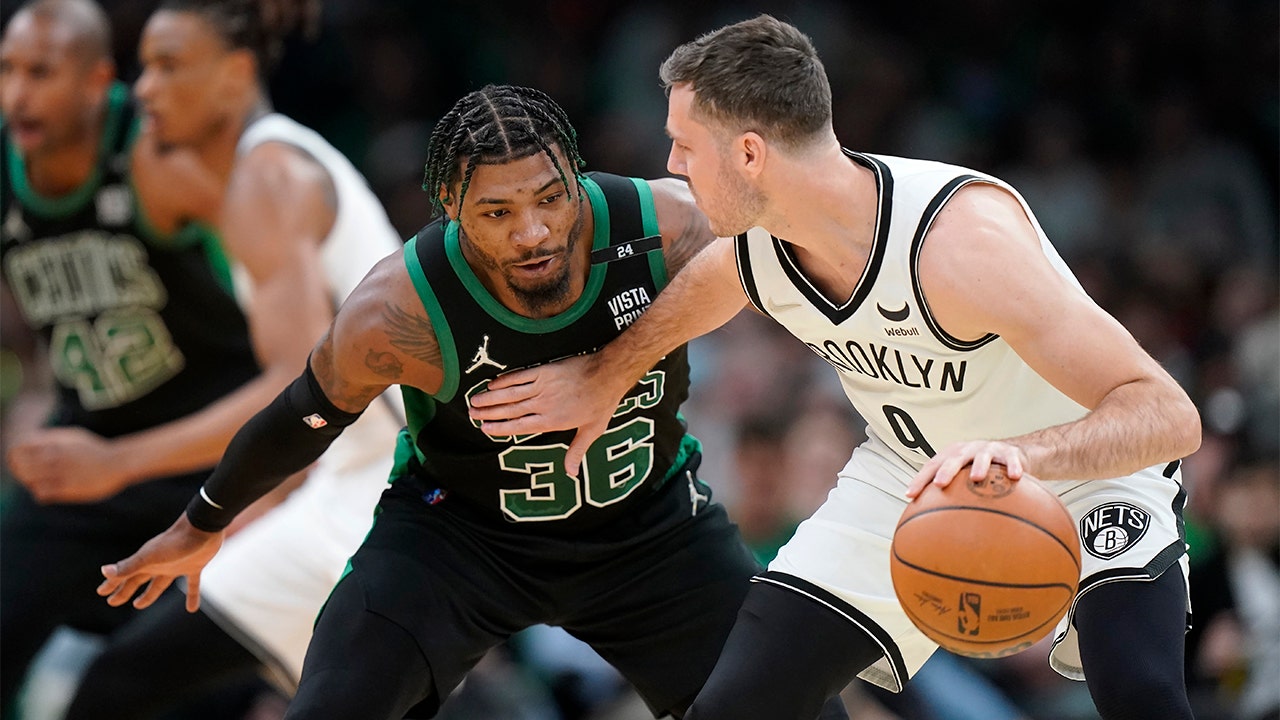 Boston’s Marcus Smart is the first guard in over a quarter-century to win the NBA defensive player of the year award.

NBA officials announced the award on Tuesday. The last guard to win this honor was Seattle’s Gary Payton in 1995-96.

Smart helped the Celtics lead the NBA in defensive rating and scoring defense (104.6) while holding opponents to a league-low field-goal percentage (.434) and 3-point percentage (.339). The 28-year-old ranked seventh in the NBA in steals per game (1.68) and tied for sixth in total steals (119).

NETS’ KYRIE IRVING EXPLAINS ONE-FINGER SALUTE TO CELTICS FANS: ‘THERE’S ONLY SO MUCH YOU CAN TAKE’

Smart, who started each of the 71 regular-season games he played, tied for fourth in loose balls recovered (75), and tied for 10th in deflections (106) and charges drawn (16). He had a career-high 3.2 defensive rebounds per game.