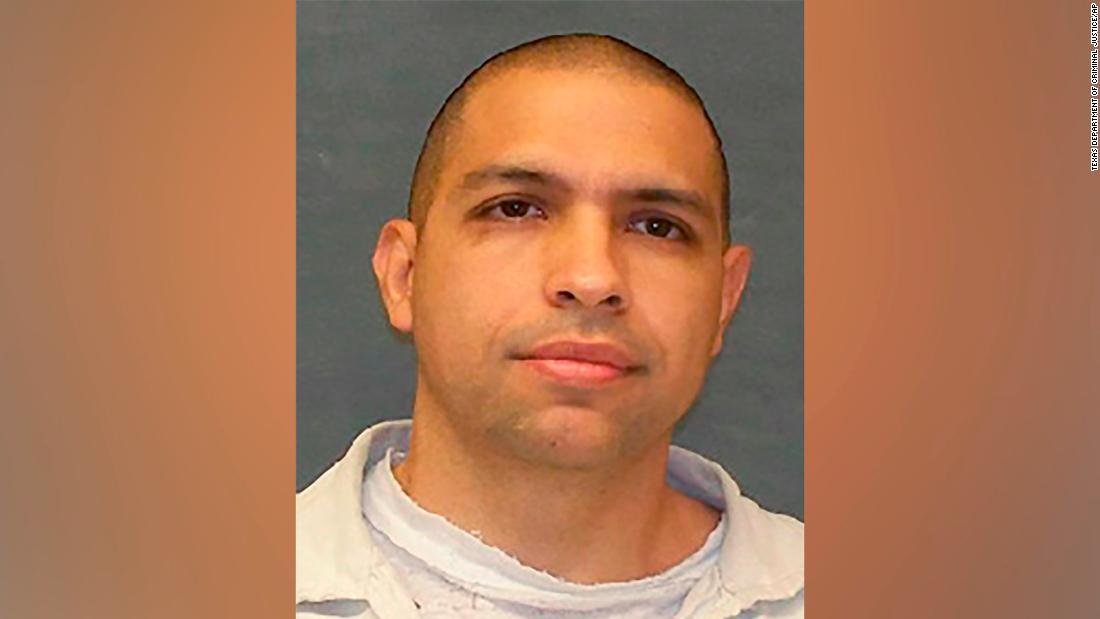 Gonzalo Lopez, 46, was serving a life sentence following convictions on capital murder and attempted capital murder, according to the Texas Department of Criminal Justice.

The escape happened on Highway 7 near Centerville, which is about 120 miles north of Houston, at around 1:20 p.m., according to department officials.

As the transport bus was headed from Gatesville to Huntsville, Lopez was able to get out of his restraints and reach the driver, Officer Randy Smith, said TDCJ spokesperson Robert Hurst.

“They got into a physical altercation while Officer Smith was driving the bus. He stabbed Officer Smith in the left hand with some sort of object,” Hurst said during a media briefing carried by CNN affiliate KBTX. “Officer Smith struggled with him trying to keep him from getting his service revolver — his weapon.”

Hurst said that Smith prevented the inmate from taking his weapon and the bus came to a stop.

The other officer on the bus, Officer Jimmy Brinegar, fired at the fleeing inmate with his service weapon as well as a shotgun, according to Hurst. “We do not know if the inmate was hit by any of these shots. Last we saw him he was fleeing across the cow pasture west of Centerville.”

The officers and the remaining inmates had been evaluated and none had suffered any life-threatening injuries he said.

The Centerville school district went into “a precautionary lockdown” after the escape.

Elementary students were temporarily held in their school gym and high school students in their library before being allowed to head home, according to statements posted on Facebook.

Both schools will be closed Friday due to “the ongoing situation west of I45 and Hwy 7,” the school district said.

In an earlier briefing, Hurst urged members of the public not to attempt to take Lopez into custody.

“This guy is somewhat not to dally with. I would highly encourage anybody in the public to lock their vehicles, lock their doors. We do not know if he has obtained any kind of a weapon,” Hurst said.