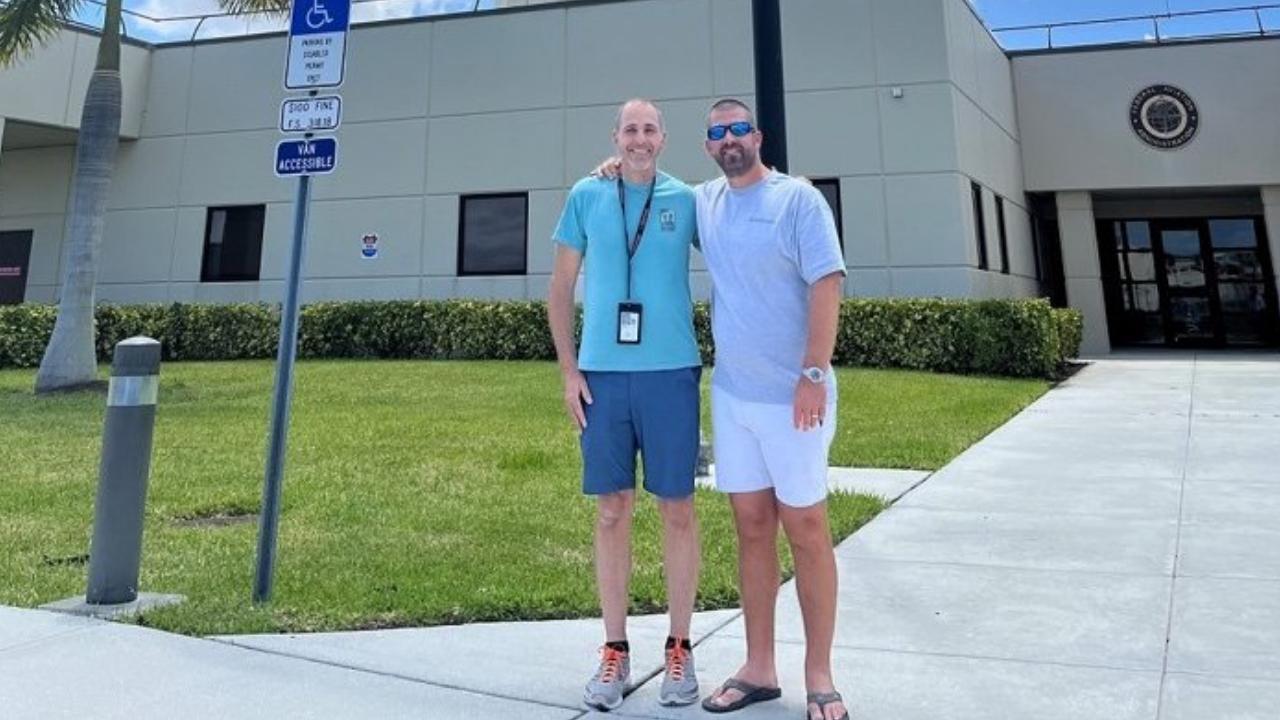 The passenger with no flying experience who successfully landed a Cessna 208 Caravan on Tuesday afternoon with the assistance of Air Traffic Control in Florida has been identified.

Darren Harrison of Lakeland, Florida, has been identified as the passenger who successfully landed the plane at Palm Beach International Airport, according to WFLA. The Cessna 208 Caravan was coming back to Florida from the Bahamas.

Harrison told Air Traffic Control on Tuesday afternoon that he had a “serious situation” after the plane’s pilot went incoherent.

“I’ve got a serious situation here. My pilot has gone incoherent. I have no idea how to fly the airplane,” the unnamed passenger calmly radioed Air Traffic Controllers from inside the single-engine aircraft, WPBF-TV reported.

When the Fort Pierce Air Traffic Controller asked for the plane’s position, Harrison answered that he had “no idea.”

While the Air Traffic Controller attempted to locate the plane, Harrison was told to “maintain wings level and try to follow the coast, either north or southbound.”

Four minutes went by, and the passenger asked the Air Traffic Controller if they have located his plane yet.

“Have you guys located me yet?” Harrison asked. “I can’t even get my nav screen to turn on. It has all the information on it. You guys have any ideas on that?”

Air Traffic Control was then able to locate the plane, which was off the coast of Boca Raton.

The Air Traffic Control at Palm Beach International Airport took over in order to communicate with Harrison better and guide him to make the landing.

Robert Morgan, an air traffic controller with 20 years of experience took over and helped Harrison to make the landing.

“Kudos to the new pilot,” one controller said after Harrison made the landing.

“You just witnessed a couple passengers land that plane,” a controller said to other pilots over the radio.

“Did you say the passengers landed the plane?,” one commercial pilot responded. “Oh, my gosh. Great job.”

In a video released by the FAA, Morgan said it felt like he was in a movie.

The pilot was taken to a local hospital and his condition is stabilizing, according to a report.