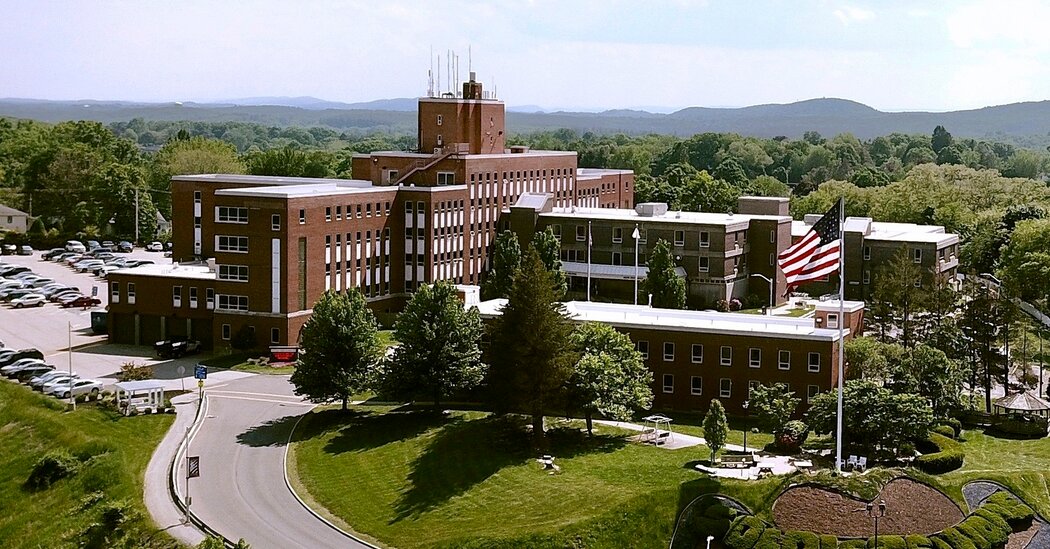 Massachusetts said on Thursday that it had agreed to pay $56 million to resolve claims that the leaders of a state-run nursing home for military veterans showed deliberate indifference during a coronavirus outbreak that was linked to the deaths of 84 residents early in the pandemic.

An independent investigation had painted a picture of chaos at the Holyoke Soldiers’ Home when the virus began sweeping through it in March 2020, and had sharply criticized the leaders for combining veterans from two locked dementia units into one unit, crowding those who were infected or showing symptoms with those who did not have symptoms.

A social worker said it “felt like it was moving the concentration camp, we were moving these unknowing veterans off to die.” A nurse described it as “total pandemonium.”

Gov. Charlie Baker of Massachusetts, accepting the findings of the investigation in June 2020, called them “nothing short of gut-wrenching.”

In the settlement, which followed months of intensive negotiations with the governor’s office, neither state officials nor those who ran the home acknowledged any wrongdoing or apologized for the treatment of the veterans there, lawyers for the veterans’ families said.

Nevertheless, Linda McKee, who lost her father, James Miller, a 96-year-old World War II veteran, said she was glad to see the state “finally accept some responsibility for what happened.”

Another group of 84 veterans who were infected but survived past June 23, 2020, will be paid no less than $10,000, with an average award of $20,000, the lawyers said, adding that the payments to both groups would not be reduced by legal fees.

A former U.S. attorney for Massachusetts, Donald K. Stern, will administer the claims fund and make awards based on a review of each claimant’s circumstances.

The settlement came about five months after New Jersey agreed to pay $53 million to the families of 119 veterans who lived in two state-run homes ravaged by the coronavirus. The families had been preparing to file lawsuits that accused the state of gross negligence.

The average payout in that case was expected to be about $445,000, as part of an out-of-court settlement that was believed to be the first of its kind nationwide.

The settlement in Massachusetts must still be approved by a federal judge and funded by the State Legislature.

Mr. Baker said he would file legislation seeking $56 million for the claims fund in the coming weeks. Once the settlement is complete, Mr. Aleo and Mr. Lesser said, the families, who had filed a class-action lawsuit against four leaders of the home and the state’s secretary of veterans’ services in July 2020, will drop their case.

Mr. Lesser called the resolution “fair and just” and said that it would prevent protracted litigation.

“The Covid-19 outbreak at the Holyoke Soldiers’ Home was a terrible tragedy,” Mr. Baker said in a statement on Thursday. “While we know nothing can bring back those who were lost, we hope that this settlement brings a sense of closure to the loved ones of the veterans.”

The independent investigation, led by a former federal prosecutor, Mark W. Pearlstein, was especially critical of the decision to crowd veterans into one ward — a move one employee described as “the most insane thing I ever saw in my entire life.”

The report detailed other errors, including the rotation of staff members between wards, which accelerated the spread of the virus.

It said that decisions made by facility’s superintendent, Bennett Walsh, were “utterly baffling from an infection-control perspective” and inconsistent with the home’s mission to treat veterans with “honor and dignity.”