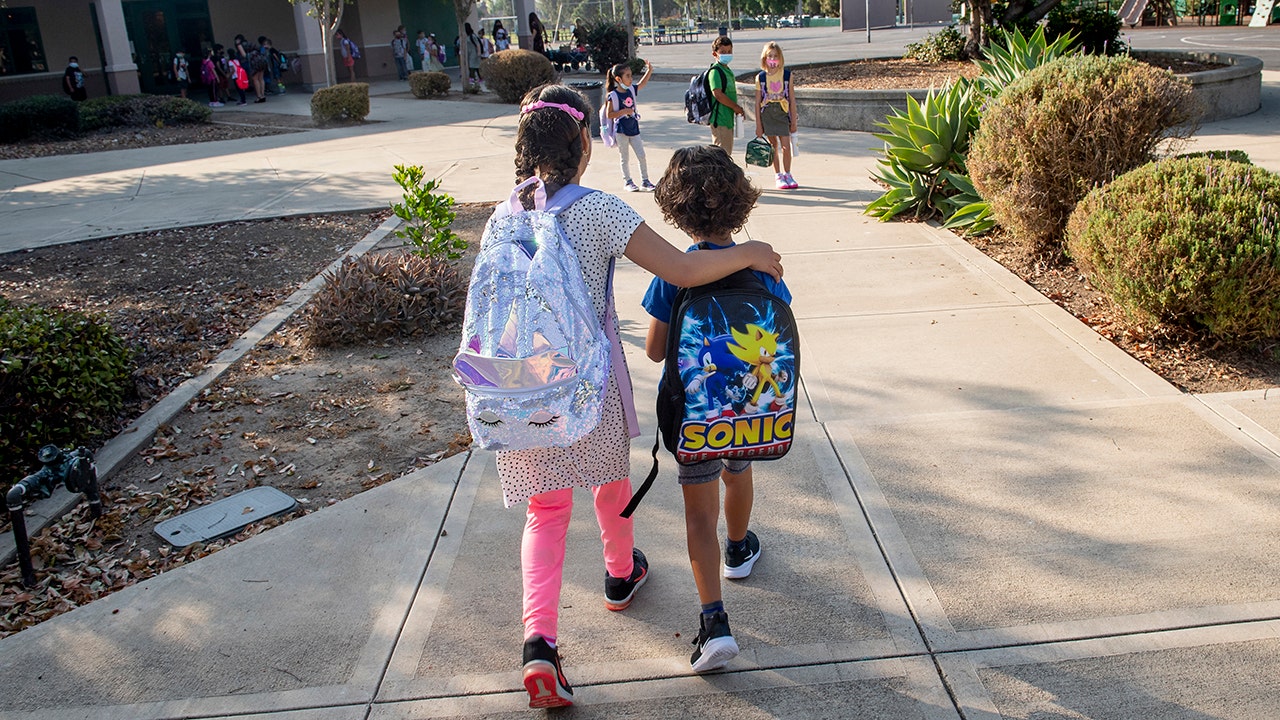 A group of elementary school educators revealed in a recent virtual panel that they would say “no” if a parent asked them to refer to their students by the pronouns they were given at birth, as opposed to their preferred pronouns.

Katy Butler, a second grade public school teacher at Harvey Milk Civil Rights Academy in San Francisco, moderated the meeting, “Creating and Sustaining GSAs in Elementary Schools,” on April 26. She asked her panelists to answer questions submitted by other educators, some of which delved into topics related to gender identity.

“What should we do if a parent requests that we refer to their child by the pronouns associated with their sex assigned at birth instead of their preferred pronouns, and that we use a legal name instead of a student’s chosen name?” one of the questions read.

“So, I can respond with something that I’ve done,” Slattery said. “This came up for me, it’s come up in a couple different ways, but it’s come up for me where caregivers asked. I actually refer to their child’s name…using the name they asked to be referred to and their chosen pronouns, and caregivers reacted very strongly.”

Slattery added he’s not thrown off by parents’ protests.

“And because I had my principal and my superintendent’s support, there wasn’t much they can do,” he added, before joking that the parents eventually stood down and found “another topic…to squawk about.” Slattery quickly admitted that comment was not “professional.”

Asked to respond to the backlash Slattery had received on social media for his remark, John A. Provost, Ed.D., Superintendent of Schools, who said he’d seen the panel discussion, confirmed to Fox News Digital that Slattery described using the name and pronouns which a student had requested and that he checked both with him and his principal “on the appropriateness of this practice.” He added that Slattery went on to “accurately summarize” the District policy on Nondiscrimination on the Basis of Transgender and Gender Non-conorming Status.

“Every student has the right to be addressed by a name and pronoun that corresponds to the student’s gender identity,” the policy states. “Northampton Public Schools will respect student wishes to be referred to by a name and pronoun based on an affirmed change in gender identity, regardless of the student’s assigned sex at birth. A court-ordered name or gender change is not required, and the student need not change their official records.”

“In short, the policy requires all school staff to use the name and pronouns requested by the student,” Provost told Fox News Digital. “Ensuring that our anti-discrimination policies are understood and followed by all members of the school community is an important part of my work as superintendent, so I am happy to see this evidence that our staff are following the policies of the School Committee.”

Empty elementary classroom during recess. Interactive whiteboard at the side of teacher’s desk.
(iStock)

Daniel Alonso, a fifth-grade Spanish teacher at César Chávez Elementary School in San Francisco, Calif., also told his fellow panelists that he would put the students’ wishes first, adding that he wasn’t sure if they were even “respectful” about it when they notified parents.

“Similarly to what Kieran said, in my school district, LGBTQ+ students have a bill of rights, and the fourth one is that they have the right to be referred to by their gender pronouns, a name that fits their gender identity,” Alonso said. “And so, similarly, there was a situation where a parent felt that the school was not doing what they wanted them to do, and we, I don’t know if we were even respectful about it. We were just like, ‘No, sorry. Like, our district-wide rule is that the student determines that, not you, even though you are the parent.'”

César Chávez Elementary School did not immediately respond to a request for comment.

A third panelist, Maryland School Counselor Heather Eig, agreed that she was following her school’s policy on pronouns, but noted the laws differ in other districts and her calling students by preferred pronouns’ depends on whether she has “the backing” of their administration.

Examples of gender identity controversies in schools have swept the country. In a recent example, several staff members of a Pennsylvania school district were found attempting to hide their use of a middle schooler’s preferred pronouns from their parents.

A conversation revealed a school counselor at the Charles F. Patton Middle School in Pennsylvania emailing teachers that a student “prefers the pronouns they/them,” according to emails obtained by Fox News Digital.

“’She’ is fine too, but [the student] likes ‘they/them’ the best … if you are emailing home, it may be best to use she/her when referring to [the student,]” the email read.

Parents have made it a point to become more involved in their kids’ education in the past couple of years, particularly in the state of Virginia, where a parental uprising against progressive curricula in part helped propel Republican Glenn Youngkin to victory. Several voters said Democrat Terry McAuliffe helped sink his own campaign when he said during a debate that he didn’t think “parents should be telling schools what they should teach.”