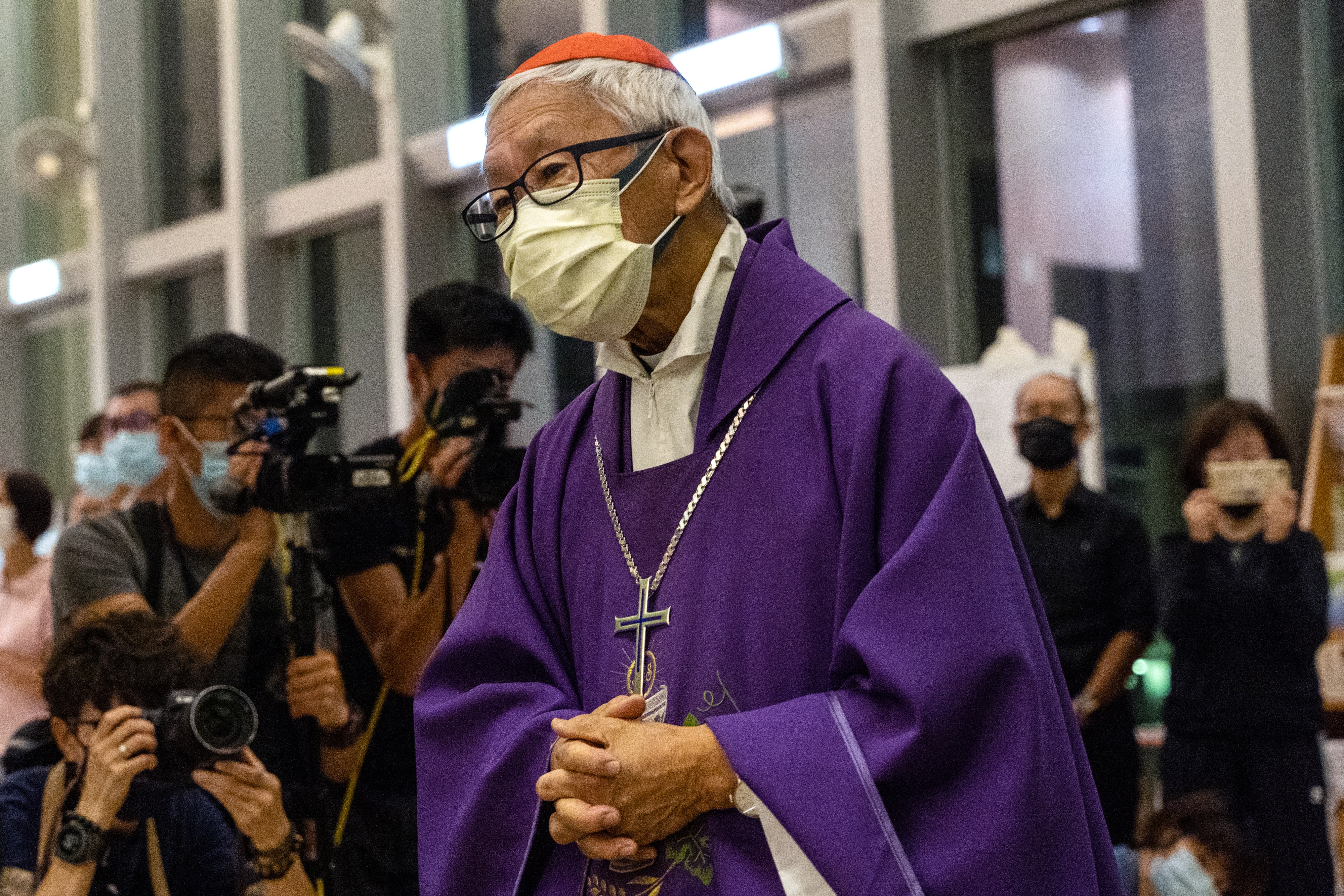 Cardinal Joseph Zen of Hong Kong was arrested Wednesday alongside a variety of other freedom activists in the Chinese island city. Zen has repeatedly warned the Vatican of increasing government persecution of religious minorities and anti-communist public figures but has historically received next to no response.

Zen is at the epicenter of the Catholic Church’s fight for survival in China. The nation has rolled out intense censures on religious expression, including Christianity, which it regulates through state-sponsored “patriotic associations.” Chinese citizens who wish to worship at a Catholic Church (or any other house of worship) are required to register with an aggressively pro-CCP governing body for their faith. These organizations often force churches to teach counter to their dogma, and often insert nationalistic propaganda into worship. This regulation has forced a schism in the Chinese Catholic Church – the “official” and CCP-approved ministry, and the clandestine, illegal “underground church.”

Zen previously dismissed fears that he was a target for arrest, stating that he tries not to provoke them into action. However, in a lucid bit of foresight, Zen acknowledged that “no public person who dares to speak freely can feel safe anymore.”

Hong Kong police arrested the Roman Catholic cardinal and several others accused of colluding with foreign forces on Wednesday.

In addition to Zen, the arrested include singer-actress Denise Ho, lawyer Margaret Ng and scholar Hui Po-keung, according to Hong Kong Watch. Each of the individuals was arrested for allegedly supporting protests against the CCP’s destruction of democracy in Hong Kong.

Zen has been an outspoken critic of Vatican Secretary of State Pietro Parolin, who he blames for keeping church leaders in the dark about ongoing turmoil in Chinese religious communities.

Zen has also blamed Pope Francis’s South American background for the church’s relaxed diplomacy with China, saying that the pope was not familiar with “communists in power.”

“I try to explain, remembering that Pope Francis comes from South America, where the communists are the good guys defending the poor from the oppression of military regimes in collusion with the rich, so he may have sympathy for them,” Zen said in 2020. “He doesn’t have direct experience of communists in power, oppressors of peoples.”

However, the cardinal is vocal about his support for the pope and his loyalty to the Holy See, adding, “I can sincerely tell you that my personal relation with the pope is very good, and I have evidence to say that we think the same way.”

“The strange thing is that he doesn’t answer my letters (I even doubt if he has received them), and his actions seem all in agreement with Cardinal Parolin,” he added.

Cardinal Joseph Zen attends the episcopal ordination of the Most Rev. Stephen Chow in Hong Kong’s Cathedral of the Immaculate Conception on Dec. 4, 2021. (Bertha Wang/AFP via Getty Images)

“We condemn the arrests of these activists whose supposed crime was funding legal aid for pro-democracy protesters back in 2019,” Hong Kong Watch said in a statement. “Today’s arrests signal beyond a doubt that Beijing intends to intensify its crackdown on basic rights and freedoms in Hong Kong. We urge the international community to shine a light on this brutal crackdown and call for the immediate release of these activists.”

Cardinal Joseph Zen, second from left, is among those attending the episcopal ordination of the Most Rev. Stephen Chow in Hong Kong’s Cathedral of the Immaculate Conception on Dec. 4, 2021. (Bertha Wang/AFP via Getty Images)

The arrests come days after CCP loyalist John Lee became mayor of Hong Kong. Lee was elected with 99% of the vote from the Beijing-controlled election committee, which has 1,500 members.

“I love China. China is not the Communist Party. The Party is not eternal, we hope to be one day, soon, free from the tyranny of Communism,” Zen wrote in 2020. “We believe in God and in the intercession of Our Lady. May all the good people preserve in their faith and the bad people be convicted!”

Fox News Digital contacted the embassy of the People’s Republic of China and the Apostolic Nunciature to the United States, but received no responses.