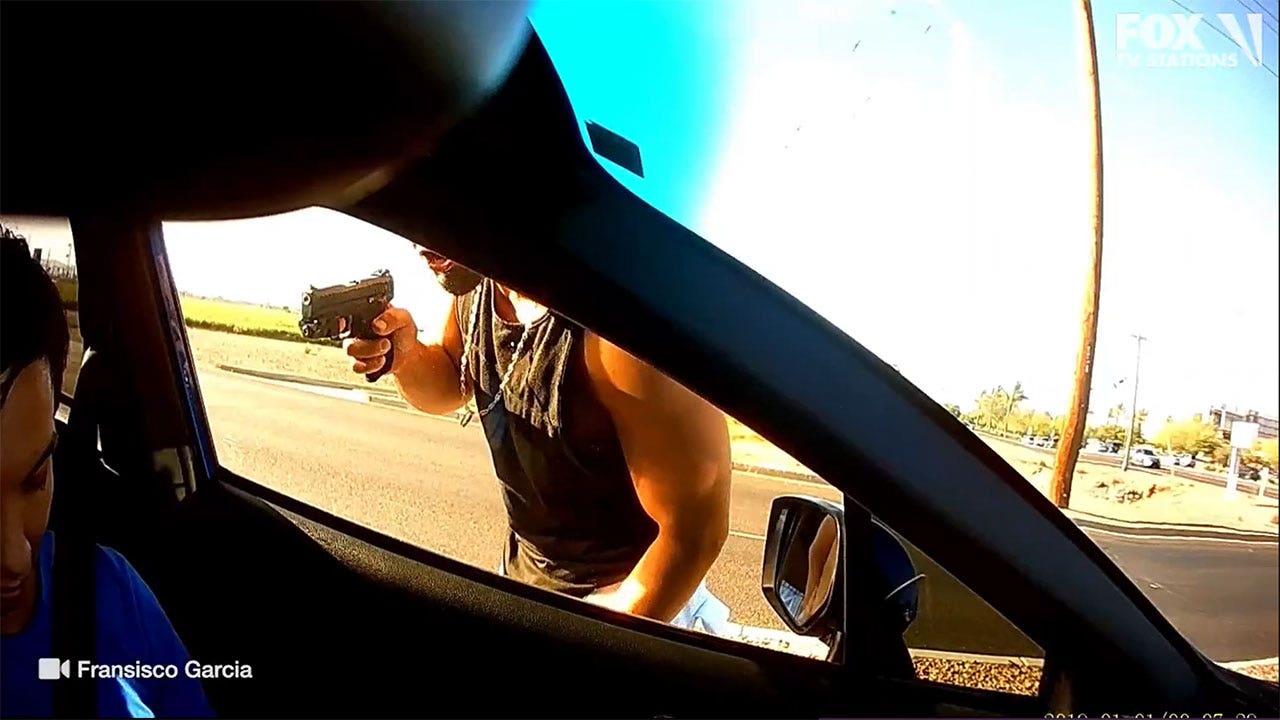 An Arizona road rage suspect was arrested Wednesday four days after dash camera footage allegedly shows the man get out and stick and gun in the face of another driver outside Phoenix.

The shocking video, obtained by Fox 10 Phoenix, allegedly shows Bryan Duran hop out of his vehicle and run up with his gun drawn to the closed driver’s side window of the alleged victim, Francisco Garcia.

Then dash camera captured Duran allegedly pointing the firearm at Garcia’s face through the glass. “F***ing stop that s*** m*****f*****, f***ing stop that s***,” he shouts, still with the gun drawn. He then is seen shifting the gun to his less dominant hand before punching the glass several times.

Bryan Duran is charged with aggravated assault in connection to a May 7 road rage incident in Avalon, Arizona.
(Fox 10 Phoenix )

The Avondale Police Department confirmed Wednesday that Duran had been arrested and booked into jail on an aggravated assault charge as the investigation into the incident is ongoing.

The incident happened around 5 p.m. on May 7 in the area of McDowell Road and Avondale Boulevard.

Garcia said he was driving when another vehicle began drifting into his lane. He told Fox 10 he sped up and merged into the lane he believed the suspect was leaving. Duran allegedly grew angry thinking Garcia cut him off. Both men pulled over, and Garcia wanted to take down the Duran’s license plate.

The non-profit organization Everytown Research & Policy released a report in April claiming 2021 was one of the worst years on record for road rage related shootings, as more than 500 people in the U.S. were shot and either wounded or killed in over 700 incidents across the country.