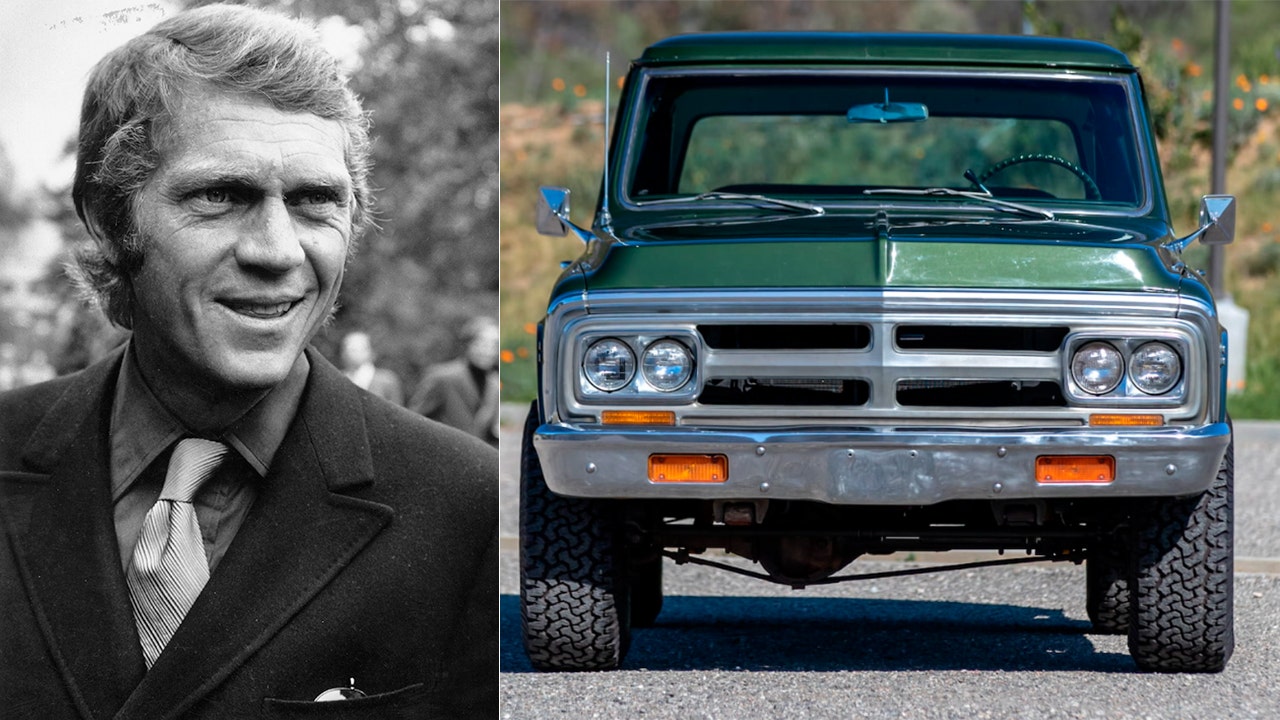 A 1969 Chevrolet Blazer K5 CST with an intriguing history is coming up for auction at the upcoming Mecum Auctions Indy event.

The green two-door SUV was listed for sale in a Los Angeles PennySaver classified paper in 1971 for $1,800 and purchased by Bob Bianchi, who was the first to get to the Bellflower warehouse where it was being stored with the cash.

The price paid was about half what it went for new, but the air-conditioned truck featured a few modifications, including a roll bar, four-headlight Jimmy grille, chrome off-road wheels, Positraction differentials and Edelbrock headers for its 350 cubic-inch V8. Bianchi took it home and used it like any other vehicle, even driving it across country, but about a decade ago did a little research into its past and made a surprising discovery.

It turns out it was originally owned by Solar Productions, actor Steve McQueen’s company. The truck was one of five vehicles Solar purchased to use as support vehicles for McQueen’s entry in the Baja 1000 off-road race. Bianchi’s son Dustin told Fox News Autos that when he found this out, he recalled that the off-road shop he bought it from had photos of celebrities on the walls who’d done business there before and it all clicked.

There’s no concrete evidence that McQueen himself ever drove it, but the association nevertheless gives it a celebrity provenance you won’t find with most Blazers.

The truck has remained in Bianchi’s family ever since and was used regularly until 2001, when it entered semi retirement in Big Bear, Calif., and was only taken out for the occasional weekend drive.

Bob fell ill and passed away in 2020, but Justin said he and his two siblings had the opportunity to talk with him about what to do with the truck, which was very much a part of the family.

“It’s synonymous with my dad,” he said. “Everybody knows the Blazer and my dad.”

The Blazer remains in excellent shape for all the years and miles on it and has an estimated value of $350,000 to $375,000, or more than triple what Hagerty says one in perfect condition would go for without the Hollywood history.

Given what it’s worth and the cost to insure and take care of a collectible like it, Dustin said they decided that letting it go was the best option, as tough as it is, but they have considered using the proceeds to build three more affordable replicas to remember it by.