The bad news about the economy 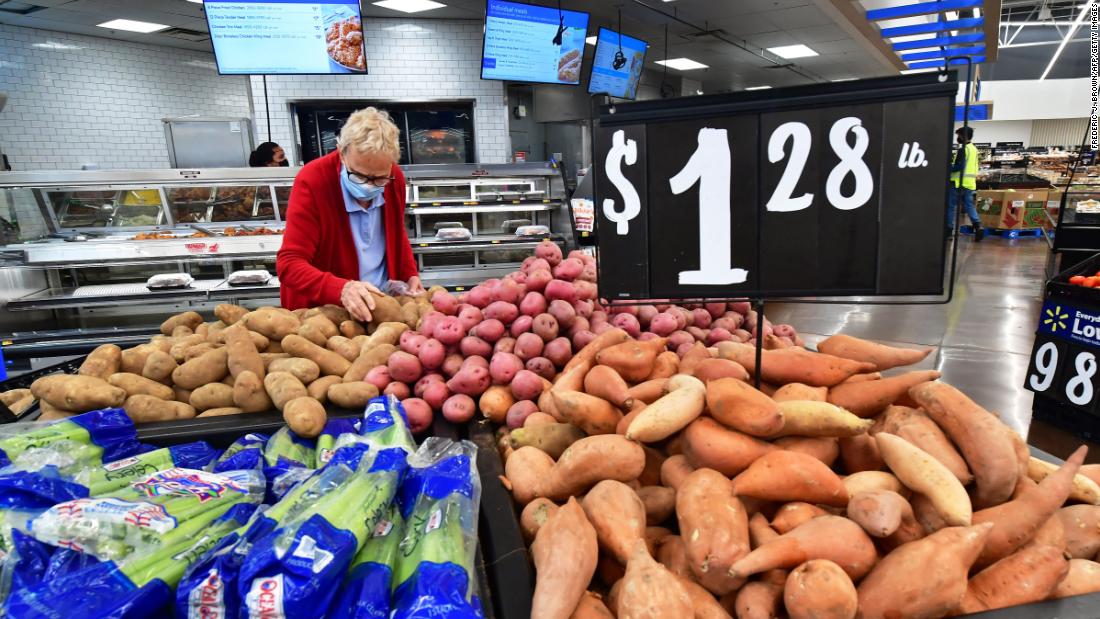 Inflation, in short, continues running at near 40-year highs.

For the first time since the 1970s, we are at risk of entering a period of worldwide stagflation — meaning high inflation combined with low or negative growth.

Notably, the preliminary estimate of America’s GDP for the first quarter of 2022 showed an outright decline, though we should not read too much into preliminary data for just one quarter. We can expect a slowing US and world economy however as the Federal Reserve raises interest rates in order to reduce the inflation rate and as other disruptions hit the world economy.
President Joe Biden has called the inflation “Putin’s price hike,” implying Russia’s invasion of Ukraine is the main culprit for the jump in inflation. While it has played a role, we need to look more deeply.
Just as was the case 40 years ago, when I published my first book, “The Economics of Worldwide Stagflation,” there are many factors in play. Several are under our own control. As in the 1970s, we must look to a mix of conditions, including disruptions to global supply chains, monetary policy, and geopolitics.
The first factor in the current inflation is the highly expansionary monetary policy in recent years. The Federal Reserve issued more dollars between December 2019 and December 2022 ($3 trillion) than in the preceding 23 years. The monetary base (currency plus bank reserves) soared as the Federal Reserve bought up vast quantities of Treasury bills and bonds used to finance Covid-19-related budget deficits.

Advocates of so-called modern monetary theory told us not to worry, on the dubious idea that we could print money without inflationary consequence — or at least we’d know just what to do if inflation started to rise.

Well, it’s far past time to worry. I warned 15 months ago we could not borrow or money-print our way through the budget deficits. We would indeed need to raise taxes to prevent inflation.

The second factor is the massive disruption of Covid-19, and the failure of the government and public to get the virus under control. Yes, vaccines have reduced deaths markedly, but the rush to eliminate all other kinds of public health controls and to declare the pandemic over, despite the continued arrival of new variants, has meant an ongoing high rate of disease transmission and continuing disruption of supply chains.

The third factor is the fallout of the Ukraine war itself, which is blocking ports in the Black Sea and impeding export of grains, fertilizers and other commodities from both Ukraine and Russia.

The fourth factor is the fallout of the US and European sanctions on Russia, which are also designed to reduce or stop the export of Russian oil, gas, and other commodities by Russia to world markets. Biden told us the US would have to make sacrifices to support Ukraine, and so it is the case.
The fifth factor is the ongoing geopolitical tension with China. The Trump Administration unilaterally imposed tariffs on more than $300 billion of Chinese goods, thereby driving up their prices, and Biden has kept those tariffs in place until now. The US is also restricting the sale of technology to China that in turn is disrupting China’s own supply chains, with a knock-on effect on US prices.

Because of the huge increase in the money supply in recent years, the Federal Reserve does not have any sure fix on stopping the inflation. The Fed has begun to gradually raise interest rates, but interest rates are still negative in real terms, meaning the level of interest is lower than inflation by a wide margin.

The Fed is still borrowing at a one-year horizon at just above 2%, far less than the inflation rate. Speculators are borrowing at negative real rates to buy commodities, thereby pushing their prices up still higher.

We will likely be living with high inflation for the next couple of years under almost any realistic scenario, but there are several steps we should be taking now to help bring inflation under control.

The first is to urge Russia and Ukraine to undertake serious peace negotiations. The longer this horrific war continues, the more will be the stagflationary consequences for the whole world, not to mention the utter devastation to Ukraine itself.
The second is to ratchet down the hostility with China, first by dropping the Trump-era tariffs on consumer goods, and second, by returning to prudent lines of cooperation. The State Department recently, and for no reason, ratcheted up tensions with China by provocatively changing the description of US relations with Taiwan. (In a press briefing Tuesday, State Department spokesperson Ned Price said, “There’s been no change in our policy (toward Taiwan). All we have done is update a fact sheet, and that’s something that we routinely do with our relationships around the world.”) This kind of needless taunting is tantamount to shooting ourselves in the foot in our attempt to engineer a soft landing for the economy.
The third is to raise taxes, following a line recommended recently by Sen. Joe Manchin, a Democrat who argued we should raise corporate taxes and other taxes on the wealthy in order to reduce the budget deficit while also funding some infrastructure, energy efficiency, and social programs. Manchin is right: higher taxes should be used for three purposes, to restrain inflation, fund important programs, and cut the budget deficit.

The fourth is to end the reverie that easy money can go on indefinitely. Both modern monetary theory and Republican supply side economics have long evaded the basic budgetary arithmetic.

Yes, we need sizable government investments and social services in order to transform our economy to be more fair, productive, and environmentally sustainable.

We need to learn, after 40 years of unaffordable tax cuts for the rich and recent years of excessively expansionary monetary policy that the federal government must pay its way with sufficient taxes to fund the needed public outlays to secure a productive, fair and sustainable economy.