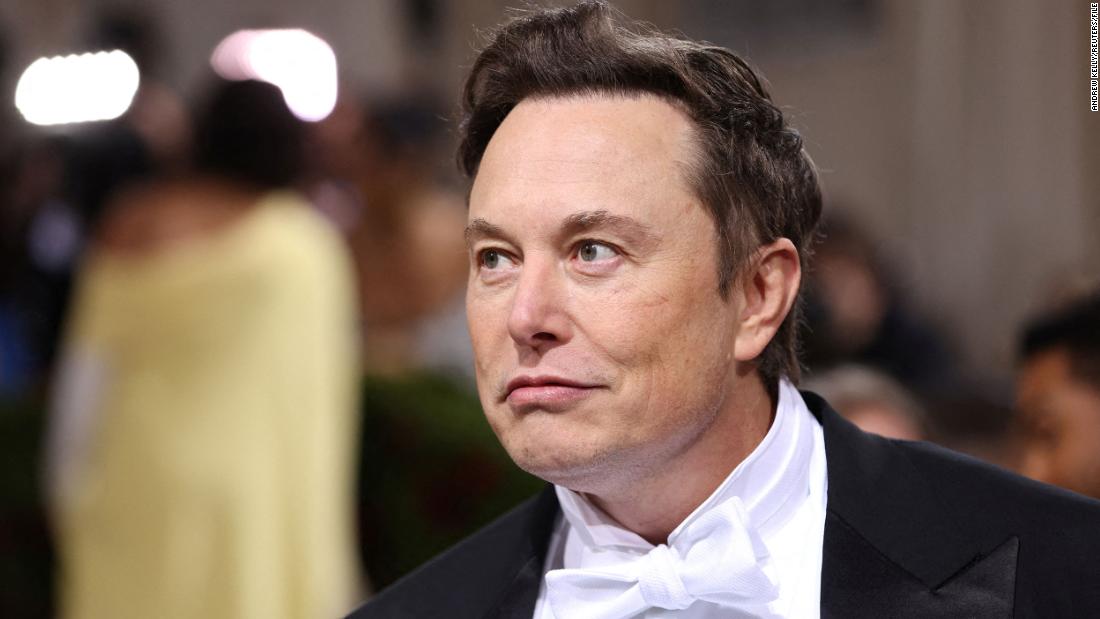 As a journalist primarily covering US news, monitoring Trump’s account was essential. Even though fewer than a quarter of Americans say they use Twitter, Trump’s caustic whims, jibes and attacks on the platform consistently set the agenda — and for several years it was normal to watch major news sites hastily switch out whatever lead story they’d planned to reflect that morning’s presidential caprice.
Then, without ceremony, he was gone. Two days after the horrifying events of the Capitol insurrection on January 6, 2021, Twitter announced that it was suspending Trump’s account permanently, in accordance with its policy on inciting violence. The daily clamor that had affected so many lives was extinguished in a second, and millions breathed relief.
Smash cut to this week. Elon Musk, who’s in the process of buying Twitter for $44 billion, has announced that once he’s in charge, he’ll undo Trump’s Twitter ban — even though Trump claims he’d rather stick to his own social media platform, Truth Social. A self-avowed champion of “free speech,” Musk said that the decision to suspend Trump was “morally wrong” and that it “didn’t end Trump’s voice. It will amplify it among the right.”
Both of those assertions are incorrect. Banning Trump was the only conscionable response to January 6 — and de-platforming is proven to quash provocateurs. But the fact that Musk is able to act on these ideas regardless speaks to an axiom that Trump himself exemplified: In today’s America, one person with no conscience and access to the right pressure points can do almost anything they want. And as Trump’s record shows, people who are prepared to misrepresent the truth as a means to — or excuse for — abusing their power once will almost certainly do so again.
When Trump ran for president in 2016, he promised to make America “great” and “safe.” In November 2019, the New York Times investigated the 11,390 tweets he’d sent in his presidency to date. Over half were attacks on other people, and they set the tone for his presidency. Trump ruptured US foreign policy, antagonized nations already at loggerheads and in fall 2017, tweeted that North Korea may not “be around much longer!” — which the country’s foreign minister called a “declaration of war.”
When the coronavirus pandemic hit, Trump repeatedly referred to it as the “China virus,” a label associated with a dramatic surge in anti-Asian racial hatred online. After he lost the US election, the lies he spread on Twitter were among his most popular posts ever, and stoked unprecedented violence.

Of course, Trump’s disregard for consequences extended far beyond social media. Even as he used his platform to erode faith in democratic institutions, Trump appointed Supreme Court justices whose explicit political affiliations would determine the fates of millions to endear himself to voters he believed would keep him in power.

When he needed the evangelical vote, he promised he’d appoint anti-abortion justices — abandoning his own former pro-choice stance. About 27% of the voting-eligible population voted for Trump in 2016, but now, 100% of the population will bear the fallout for decades to come. In the uncannily prescient words of Trump’s onetime supporter Kanye West, “no one man should have all that power” — but he did.
Increasingly, it appears Elon Musk is cut from similar cloth, and gaining similarly outsized influence. He constantly claims to prize free speech, but seems to misunderstand what it is — and has repeatedly proven himself a hypocrite when it comes to upholding it.
Tesla employees, scores of whom have alleged racism, sexism and other forms of abuse, are bound by strict limitations on what they can say about the company. Tesla hides vehicle safety information from public view (in response to past media queries about its handling of safety data, Tesla did not comment), and Musk has often sought to control what journalists and bloggers write about both himself and his companies — once even canceling a customer’s order when he discovered a blog post they’d authored that he felt was “rude.”
When a teenager tracked the progress of Musk’s private jet on Twitter using publicly available information, Musk tried to shut him down. Though he moves in a different sphere to Trump, his words also carry huge weight, moving stock markets via the most casual remarks on his Twitter feed.
In the last few months, Musk has forged an association in the public mind between his name and free speech by sheer repetition, despite regular gaffes on the subject. He’s said that people should be able to speak freely on Twitter “within the bounds of the law,” but also claims that some examples of “hate speech” are “fine,” while others are not.
In fact, hate speech is protected by the First Amendment, because hate speech laws can be abused by governments to suppress critics. As commentators keep pointing out, Twitter is less the “town square” for unfettered self-expression that Musk idealizes and more like a shop, with an obligation to maintain order.
Musk appears so comfortable contradicting himself that it’s difficult to tell how much of what he says is deliberate prevarication and how much is just ignorance. Much as Trump was content to dismiss the advice of experienced colleagues when he was president, Elon Musk seems to have decided he has a better grasp on the vagaries of social media and content moderation than everyone who has run a platform before him. His statements on how he’ll run Twitter constantly betray a blindness to how complicated that will actually be, and a Trumpian assurance that he must know best.

Like Trump, Musk hasn’t let his own checkered record or lack of insight get in the way of casting himself as the figurehead for a cause — and because, like Trump, he commands an enormous and attentive audience, he’s been extremely successful. His willingness to overlook or disregard facts in the pursuit of his ambitions bears a sinister resemblance to Trump, as does his flair for repeating himself ad nauseam until people accept his statements as fact.

If we learned anything from Trump’s time in the spotlight, it was that he should never have been allowed it in the first place. Again and again, he highlighted design flaws in systems both state and private that should have better protected the public — whether by lying to his millions of followers on Twitter, or appointing judges to buffer his position in government. Elon Musk’s crusade in the name of “free speech” is already exploiting the same weaknesses. There’s no controlling for shameless, intransigent men, but there urgently need to be more dependable limits over their influence. Musk shouldn’t run Twitter like the Wild West, but as the law stands, he can.