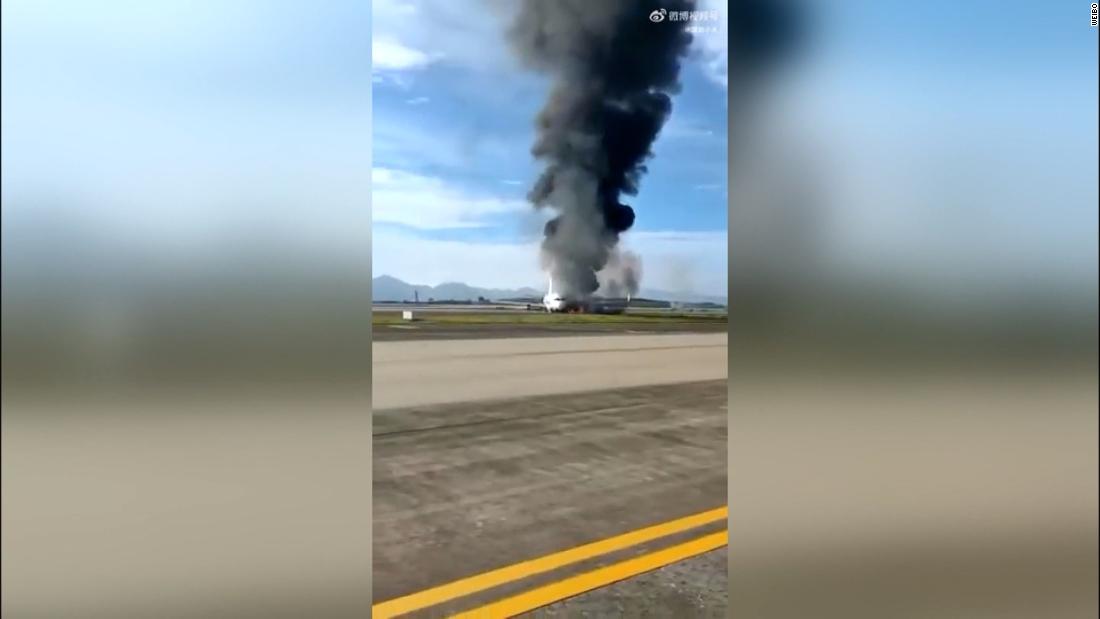 All 113 passengers and nine crew members were “evacuated safely,” the airline said in a statement. More than 40 passengers with minor injuries were taken to hospital, according to a statement from the Chongqing Jiangbei International Airport.

The Civil Aviation Administration of China (CAAC) said 36 people suffered bruises and sprains during the evacuation.

“According to the flight crew, the plane experienced an anomaly during takeoff. They stopped the takeoff following the procedures,” the CAAC said. “After the plane skidded off the runway, the engine scraped the ground and caught fire. (The fire) has been extinguished.”

The flight was bound for Nyingchi in Tibet. Footage posted on Chinese social media shows flames engulfing the front of the aircraft and a plume of black smoke billowing in the sky. Another video shows passengers running from the airplane.

The cause of the accident is under investigation and flight operations at the airport have returned to normal, the airport said.

The flight schedule shows the aircraft is an Airbus A319 that had been in service with the airline for nine and a half years.

The incident came less than two months after a China Eastern Airlines jetliner carrying 132 people crashed in the mountains of southern China’s Guangxi region, killing everyone on board. Authorities are still investigating the cause of the crash.