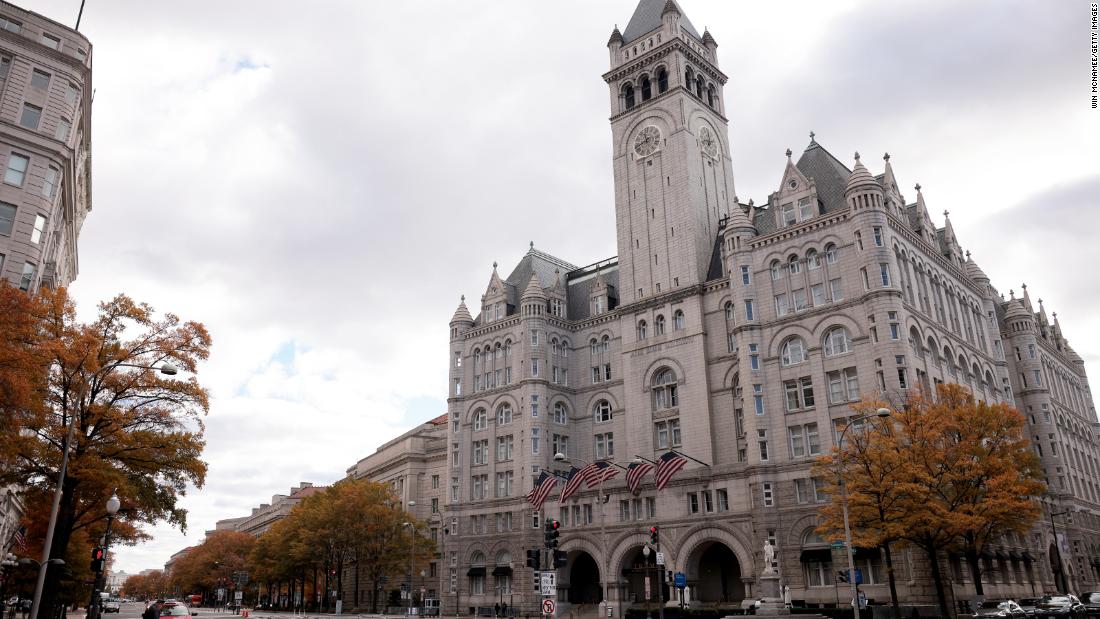 The Trump Organization on Wednesday completed the sale of its luxury hotel lease on Pennsylvania Avenue to CGI Merchant Group and its partner Hilton Worldwide Holdings Inc., which will operate the hotel as a Waldorf Astoria property.

“As a family, it has been an honor and a privilege to redevelop the Nation’s Old Post Office,” Eric Trump, executive vice president of the Trump Organization, said in a statement Wednesday. “We took a dilapidated and underutilized government building and transformed it into one of the most iconic hotels in the world.”

The hotel has been a source of controversy — and the subject of lawsuits and investigations — since Trump assumed the Oval Office. It was a meeting ground for Republicans and others who sought to cozy up to the then-President. But it also drew scrutiny from Democrats, who believed Trump was improperly profiting from his presidency.

The General Services Administration, which manages federal buildings and land, awarded the lease for the Old Post Office building to Trump in 2012. Trump opened the hotel in 2016, when he was the Republican nominee for president.

When he took office, Trump resigned from his companies but transferred his assets to a trust run by his sons, allowing him to still benefit financially from the DC hotel and his other businesses.

Documents released by the House Oversight Committee showed the hotel received millions from foreign governments in payments and loan deferral, which Trump did not disclose, raising questions about potential conflicts of interest during his presidency.

The committee asked the GSA last month to terminate the lease before Trump could sell it, to prohibit the Trump Organization from profiting off the sale. But the GSA said its review had determined that the sale price — $370 million — was reasonable.

It added that Trump and CGI believe that the hotel, which was not profitable under Trump, would “generate significantly more revenue than is currently being generated, based in a large part in being able to bring more guests to the hotel.”