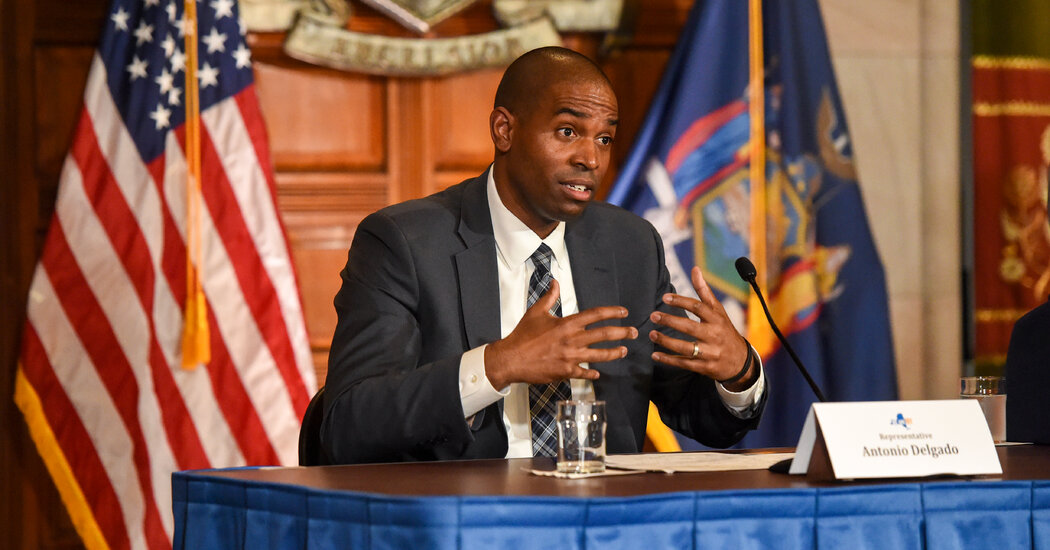 The departure of Mr. Delgado in the 19th Congressional District was another unforeseen gift to the Republicans. While the exact shape of the new district will matter, Mr. Molinaro’s prospects will be enhanced by not having to run against a popular incumbent with a track record of winning tough races.

The district, which includes all or parts of 11 counties, has been one of the state’s most competitive, with tight races in 2016 (a Republican win for John Faso), and in 2018, when Mr. Delgado won his first term. Mr. Delgado won by a more comfortable margin in 2020 against Kyle Van De Water, a Republican and former officer in the U.S. Army.

The leading Democratic contender is Pat Ryan, the executive of Ulster County, across the Hudson River from Mr. Molinaro. Mr. Ryan hasn’t formally declared his candidacy but said he was “aware of the urgency” following the news of Mr. Delgado’s appointment and expected to make a decision within days.

At the same time, he seemed somewhat amazed by the various moving pieces of this election cycle, including the changing congressional lines.

“In an ideal world, I would know what district I would be running for, certainly,” Mr. Ryan said, adding, “I studied political science, but this wasn’t in any of the textbooks.”

The situation in Mr. Reed’s old seat, the 23rd Congressional District, is less likely to affect the partisan makeup of the House, but it has twisted Republicans into an odd bind.

Democrats had largely preserved the existing right-leaning district under the plan that was struck down in court, even as they reshuffled the lines of other Republican seats like the one held by Representative Claudia Tenney. The changes prompted Ms. Tenney, who represents Utica, to declare her candidacy for the Southern Tier seat this spring, and she appeared destined for re-election in her new district.