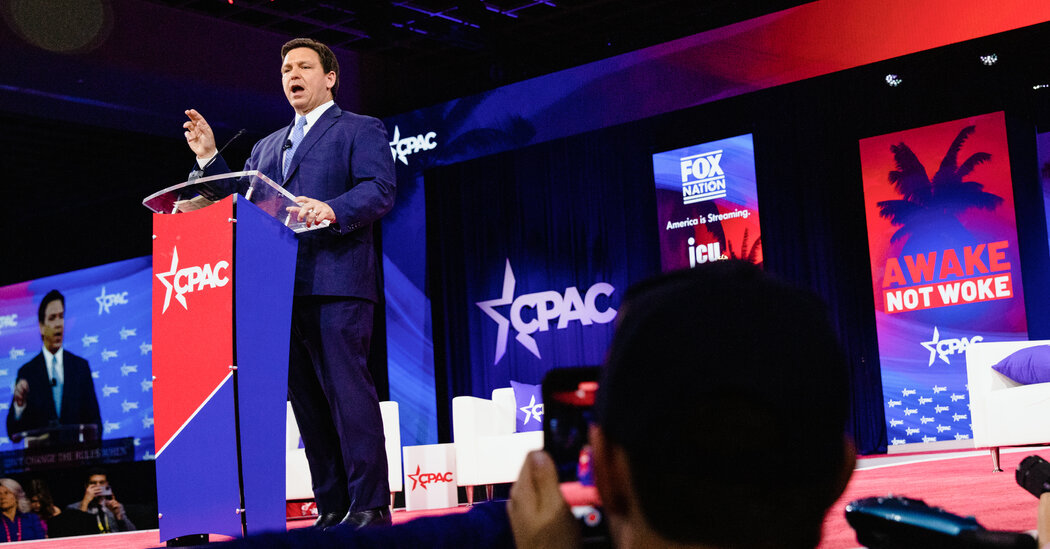 Florida has rejected 42 of 132 math textbooks proposed for use in public school classrooms because they “incorporate prohibited topics or unsolicited strategies” including social-emotional learning and critical race theory, according to the state’s Department of Education.

The state, which announced its decision on Friday afternoon, did not share information on the specific content to which it was objecting, and several publishers told The New York Times they had not yet received documents detailing the state’s critiques.

But Florida has a new law, which goes into effect in July, limiting the way that sexual orientation, gender identity and social-emotional skills are taught. Gov. Ron DeSantis is also expected to sign legislation, known as the “Stop W.O.K.E. Act,” prohibiting instruction that could prompt students to feel discomfort about a historical event because of their race, sex or national origin.

At a Monday news conference, Mr. DeSantis highlighted the presence of “social and emotional learning” material in the rejected elementary textbooks. “Math is about getting the right answer,” he said. “And we want kids to learn to think so they get the right answer. It’s not about how you feel about the problem.”

A review of sample content from one publisher whose elementary textbooks appear to have been rejected, Big Ideas Learning, showed lessons intended to build the social-emotional skills of self-awareness, self-management, responsible decision-making and social awareness.

That framework of five skills is a popular one in schools across the country, and was developed by CASEL, an education nonprofit.

In one text, cartoon animals help build one another’s confidence in order to cross a wobbly bridge. In another, a cartoon dog movie star says she feels lonely, and other animals offer to befriend her.

An additional 12 books were rejected by the Florida Department of Education because they did not align with the state’s new academic standards in other ways. Florida is one of a handful of states that seek to avoid materials associated with the Common Core, a national effort to standardize curriculum expectations in math and literacy.

Nationwide, fewer than half of states adopt textbooks at the state level. Among those that do, Florida, California and Texas are the largest markets. It is typical for publishers to adapt their materials specifically for those states, sometimes editing texts in response to critiques from state reviewers.

In recent years, for example, California textbooks have delved into the history of gay, lesbian and transgender Americans — material that is not typically included in the textbooks of more conservative states. Texas books are more likely to emphasize the benefits of the free market and entrepreneurship.

Historically, textbooks in Texas and Florida are often similar to one another.

Florida’s new curriculum laws and regulations, limiting the way race, gender, sexual orientation and social-emotional wellness are taught, could require publishers to redraft books, from the historical stories they tell to the examples used in math word problems.