Senator Elizabeth Warren: Democrats Can Win if We Keep Our Word 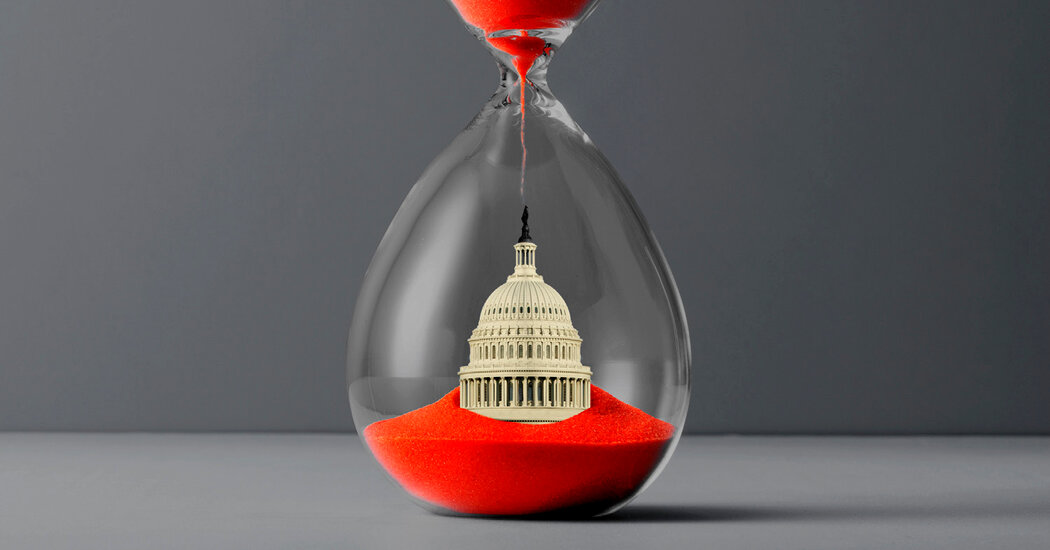 Time is running short. We need to finalize a budget reconciliation deal, making giant corporations pay their share to fund vital investments in combating climate change and lowering costs for families, which can advance with only 50 Senate votes. Other priorities can be done with the president’s executive authority. It’s no secret that I believe we should abolish the filibuster. But if Republicans want to use it to block policies that Americans broadly support, we should also force them to take those votes in plain view.

Opinion Debate
Will the Democrats face a midterm wipeout?

Let’s begin with corruption. For years, Americans have identified corrupt government officials as a top concern. And they’re right: to tackle the urgent challenges we face — climate change, income inequality, systemic injustice — we must root out corruption. To start cleaning up government, members of Congress and their spouses shouldn’t be allowed to own or trade individual stocks, which the vast majority of voters support banning, according to multiple polls. Whether you’re a Republican senator or the Democratic speaker of the House, it is obvious to the American people that they should not be allowed to trade individual stocks and then vote on laws that affect those companies. I have the strongest plan and the only bipartisan bill in the Senate to get it done.

We can also act quickly to rein in costs for middle-class families. In the very short term, that means stopping companies from jacking up prices to boost their profits. Price increases are driven by many factors, including pandemic disruptions to global supply chains and Vladimir Putin’s war in Ukraine. But when the Kroger chief executive, Rodney McMullen, said “a little bit of inflation is always good in our business,” it’s no surprise that, by a margin of two-to-one, American voters don’t buy the explanation that companies are just passing along costs. Instead, they blame corporations for raising prices to boost their own profits. Even Fed Chair Jerome Powell, a conservative Republican, acknowledged that giant corporations raise prices simply “because they can.”

The president deserves enormous credit for advancing an ambitious agenda to promote competition and appointing effective regulators to enforce our antitrust laws, and it’s time for congressional Democrats to have his back. According to Data for Progress surveys, eight in 10 Americans believe Congress should pass laws to reinvigorate competition and three-quarters strongly believe that oil and gas companies should not make gobs of money off this energy crisis. Beefing up regulators’ authority to end price-gouging, breaking up monopolies, and passing a windfall profits tax is a good start. Only in Washington, where America’s biggest companies spend billions to drown out reality, are these controversial ideas. Across America, these are popular plans.

We can stand up to the armies of lobbyists and P.R. flacks and tackle tax loopholes for the rich and powerful. About two-thirds of likely American voters — including a majority of Republicans — say it’s time for billionaires to pay more in taxes. Nearly three-quarters of Americans want to put an end to wildly profitable corporations paying nothing or little in federal income taxes (yes, Amazon, I’m looking at you) and put into place a global minimum corporate tax. And a majority of Americans would like to use some of those tax revenues to invest in clean energy, affordable child care, and universal pre-K.