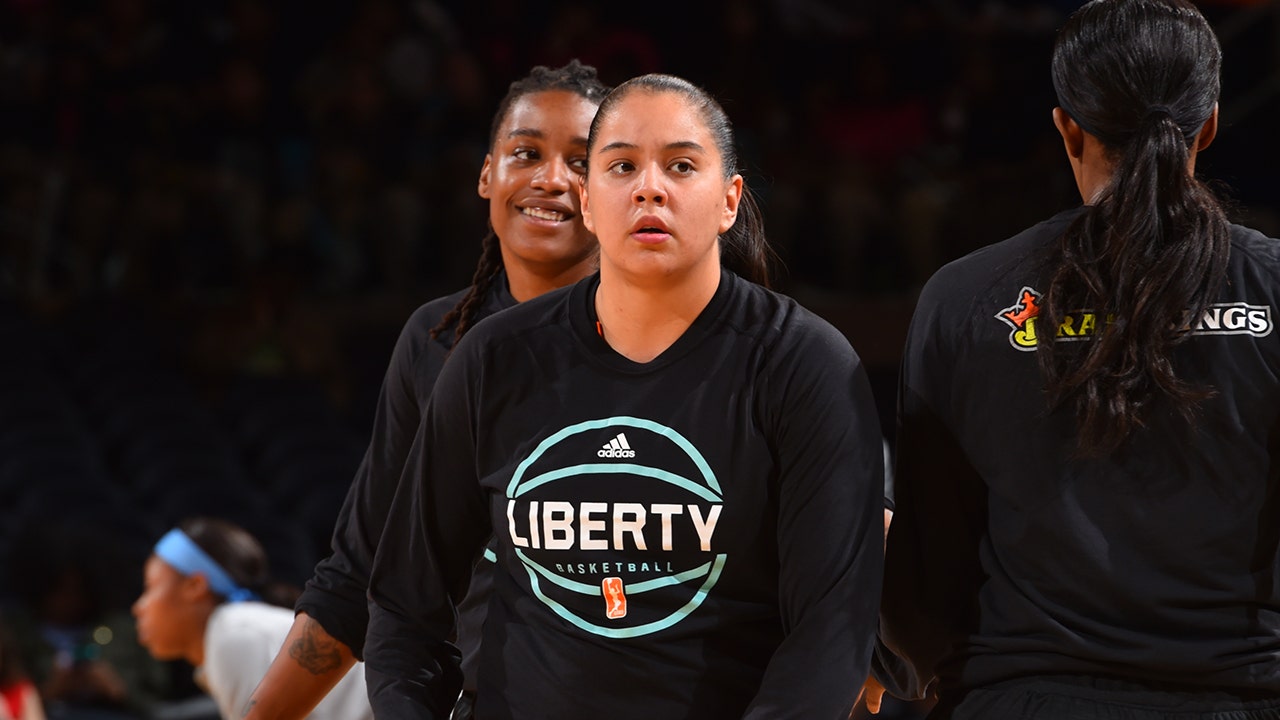 Former two-time WNBA All-Star and subject of the Off the Rez documentary Shoni Schimmel, 29, was arrested in Oregon on Friday for felony assault and criminal mischief.

The arrest is linked to an incident on June 13, 2021, when Schimmel reportedly choked a former partner during a dispute. Assault charges were filed against Schimmel after the victim showed “substantial bodily harm.”

Shoni Schimmel #13 of the New York Liberty handles the ball against the Los Angeles Sparks during a pre-season game on May 8, 2018 at Mohegan Sun Arena in Uncasville, Connecticut.
(Chris Marion/NBAE via Getty Images)

She also faces misdemeanor charges for menacing, recklessly endangering another, harassment and domestic abuse, according to TMZ.

Schimmel was selected by the Atlanta Dream with the eighth overall pick in the 2014 WNBA Draft. She was named an All-Star in her rookie season and received a second All-Star nod after her sophomore campaign.

Shoni Schimmel #5 of the New York Liberty is seen during the game against the Atlanta Dream on May 24, 2016 at Madison Square Garden in New York City, New York.
(Jesse D. Garrabrant/NBAE via Getty Images)

Atlanta traded Schimmel to the New York Liberty in 2016. She later joined the Las Vegas Aces in 2018 but was waived shortly after.

Shoni Schimmel #5 of the New York Liberty warms up before the game against the Indiana Fever on July 21, 2016 at Madison Square Garden in New York, New York.
(Mike Stobe/NBAE via Getty Images)

She was an All-American in her final year at Franklin High School and played for four seasons at the University of Louisville.