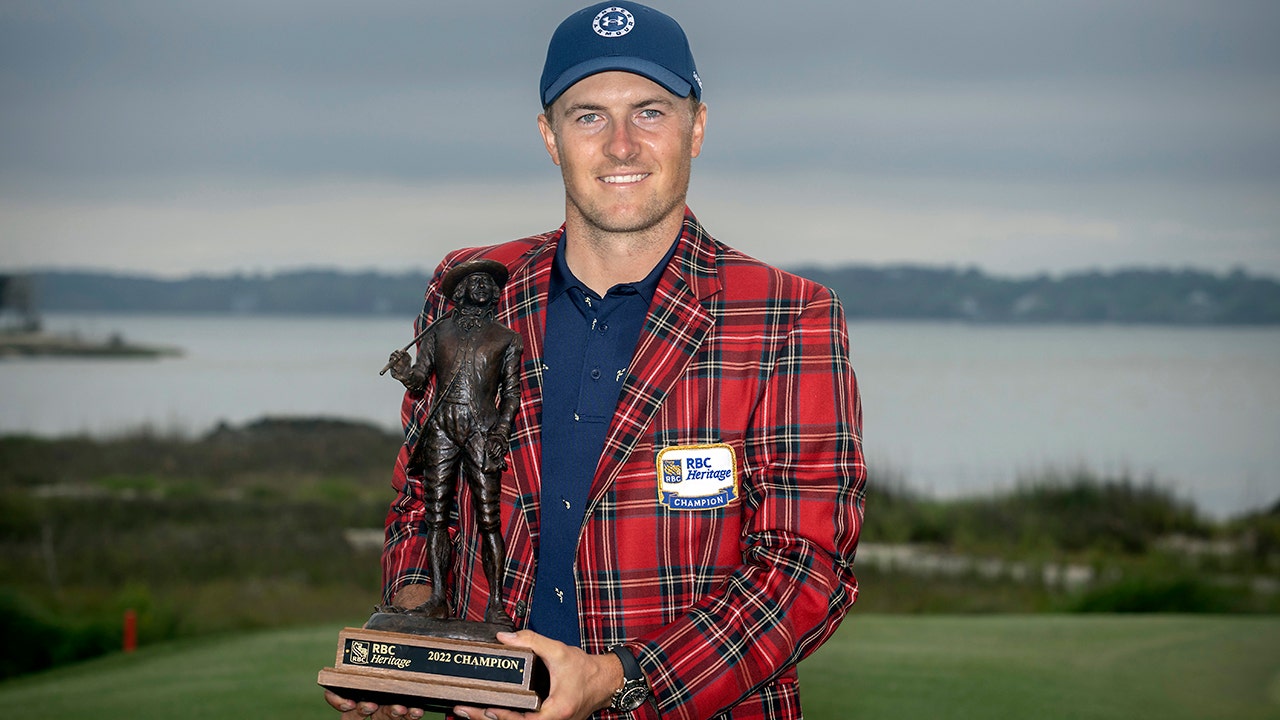 Jordan Spieth hit a 56-foot shot from a greenside bunker to 7 inches and beat Patrick Cantlay with the tap-in par putt on the first hole of a playoff Sunday in the RBC Heritage.

Playing four groups ahead of Cantlay, Spieth birdied Harbour Town’s par-4 18th lighthouse hole in regulation, holing a 10-footer for a 5-under 66 and 13-under 271 total. Cantlay parred the 18th in regulation for a 68.

When Spieth finished, he was a stroke behind Shane Lowry. But Lowry’s chip on the par-3 14th raced across the green and into the water, leading to double bogey. He finished a stroke back after a 69.

In the playoff, Cantlay also hit into the front bunker, with his lie looking like a fried egg. He blasted 35 feet past the cup and missed the par putt.

Three strokes behind Harold Varner III entering the round, Spieth eagled both front-nine par 5s to get into the mix.

Spieth won his 13th PGA Tour title and second straight on Easter Sunday after taking the Valero Texas Open a year ago to end a four-year drought.

Next Easter Sunday? The final round of the Masters.

Spieth has won from the bunker before. He beat Daniel Berger with greenside bunker shot on first extra hole at the 2017 Travelers Championship.

Others besides Cantlay, who missed a 15-footer for birdie on his 72nd hole, had a chance to catch Spieth. Straka tied Spieth at 13 under with a birdie on the 17th, then bogeyed the final hole after his approach found some gnarly long grass in front of the green. Varner had birdie chances on each of his last four holes, yet could not convert any of them.

Spieth took off with the early eagles. On the second hole, he holed out from a greenside bunker. On the fifth hole, he reached the green in two and rolled in a 24-footer as the gallery erupted in cheers.